A former police officer who served as Manuel Mallia’s driver has been handed a suspended sentence over a shooting incident in November 2014, which had led to the resignation of the minister.

Paul Sheehan had originally been charged with the attempted murder of Stephen Smith, a Scottish man whose car had collided with the ministerial vehicle, prompting a car chase which ultimately ended with Sheehan aiming two shots from his Glock pistol at Smith’s Vauxhall Insignia.

Luckily, those bullets had hit the car’s body.

The damaged vehicle had been moved onto a police low loader and taken into police custody even before investigators and the inquiring magistrate had arrived at the scene of crime.

This move, carried out on the instructions of then-acting police commissioner Raymond Zammit, was described as “out of place” by Magistrate Rachel Montebello when delivering judgment, pointing out that this could have prejudiced preservation of the scene of crime.

However, evidence shedding light on what had happened before and exactly after the incident was the most important, the court observed.

Sheehan was initially accused of attempted homicide and other charges including causing his alleged victim to fear violence, damaging third party property, holding a firearm without just cause and firing the weapon in public.

The attempted murder charge had been subsequently dropped on the advice of the Attorney General’s office.

Three witnesses had seen the argument and subsequent shooting – a woman who looked on from the window of her home and a mother and daughter who happened to be walking along Triq Edgar Bernard in Gżira, where the shooting occurred. 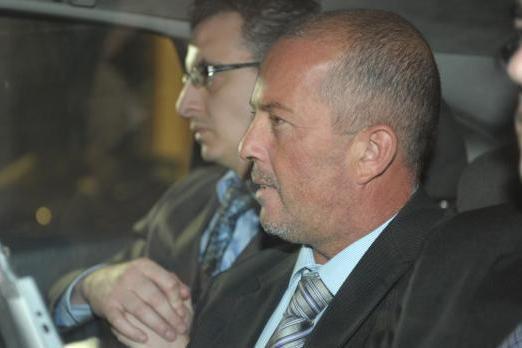 Although Sheehan’s lawyers argued that he was “empowered” by virtue of his office to act as he did to stop the alleged victim from driving away recklessly under the influence of alcohol, the court did not uphold that argument.

Nor did it accept the argument of legitimate self-defence.

Smith’s version of events was fully corroborated by the testimony of the three eyewitnesses, said magistrate Montebello, adding that the court had also closely examined footage of the incident, frame by frame.

The court found that Sheehan’s show of force was uncalled for.

Had the getaway driver truly been driving under the influence, Sheehan ought to have pulled him over and arrested him. He had “no right nor duty to stop him forcefully by firing at him,” the court said.

Sheehan’s actions indicated a clear degree of recklessness which reflected a positive, indirect intention to grievously injure the victim, concluded the court, condemning him to a 22 month jail term suspended for three years and binding him under a €1000 personal guarantee for one year not to molest the victim.

He was also ordered to pay €7,543 by way of court expert expenses.