The Cospicua-born and raised Mifsud Bonnici served as prime minister between December 1984 and May 1987, having been chosen by Dom Mintoff as his successor.

In a statement, the government said that the Mifsud Bonnici family had turned down the offer of a state funeral. Mifsud Bonnici had declared in a letter that he did not want such a burial, it said.

The government declared Sunday and Monday as days of mourning in memory of Mifsud Bonnici.

The Labour Party paid tribute to its former leader, saying he would be remembered for the conviction of his social democratic ideals. It offered his relatives its condolences.

Robert Abela said the world had lost a gentleman who always kept the downtrodden in mind.

"He loved his country as he loved workers," Abela said. "He will remain an example for many."

Opposition leader Bernard Grech described Mifsud Bonnici as someone who “worked doggedly for what he believed in” and offered his family his condolences.

Mifsud Bonnici will be remembered as a controversial prime minister, picked for the post by his predecessor and appointed without contesting a general election.

Known to friends and foes simply as Karmenu or KMB, Mifsud Bonnici had a chequered public career which saw him fighting Mintoff in his dispute with the Church in the 1960s, only to become the point of Mintoff’s spear in a new Church-State dispute in the 1980s before finally taking over from Mintoff himself in 1984.

Born in 1933 to a family which had always supported the Nationalist Party, Dr Mifsud Bonnici was a close collaborator of Eddie Fenech Adami in student life at the University. 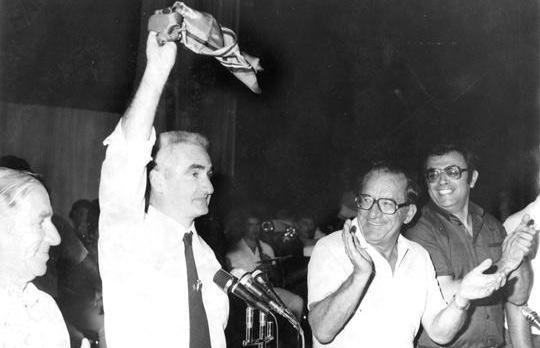 Karmenu Mifsud Bonnici acknowledges the applause of party delegates who had just voted for him to succeed Dom Mintoff.

He graduated from the law course at the University of Malta and specialised in industrial relations, going on to become a long-serving legal adviser of the General Workers’ Union.

In 1980, he was appointed deputy leader of the Labour Party and in 1982 Mintoff made him the surprise choice to succeed him. He was appointed designate leader and was co-opted to Parliament (becoming known as Iz-Zero to political foes because he had no votes to his name). He took over from Mintoff as Prime Minister in December 1984. 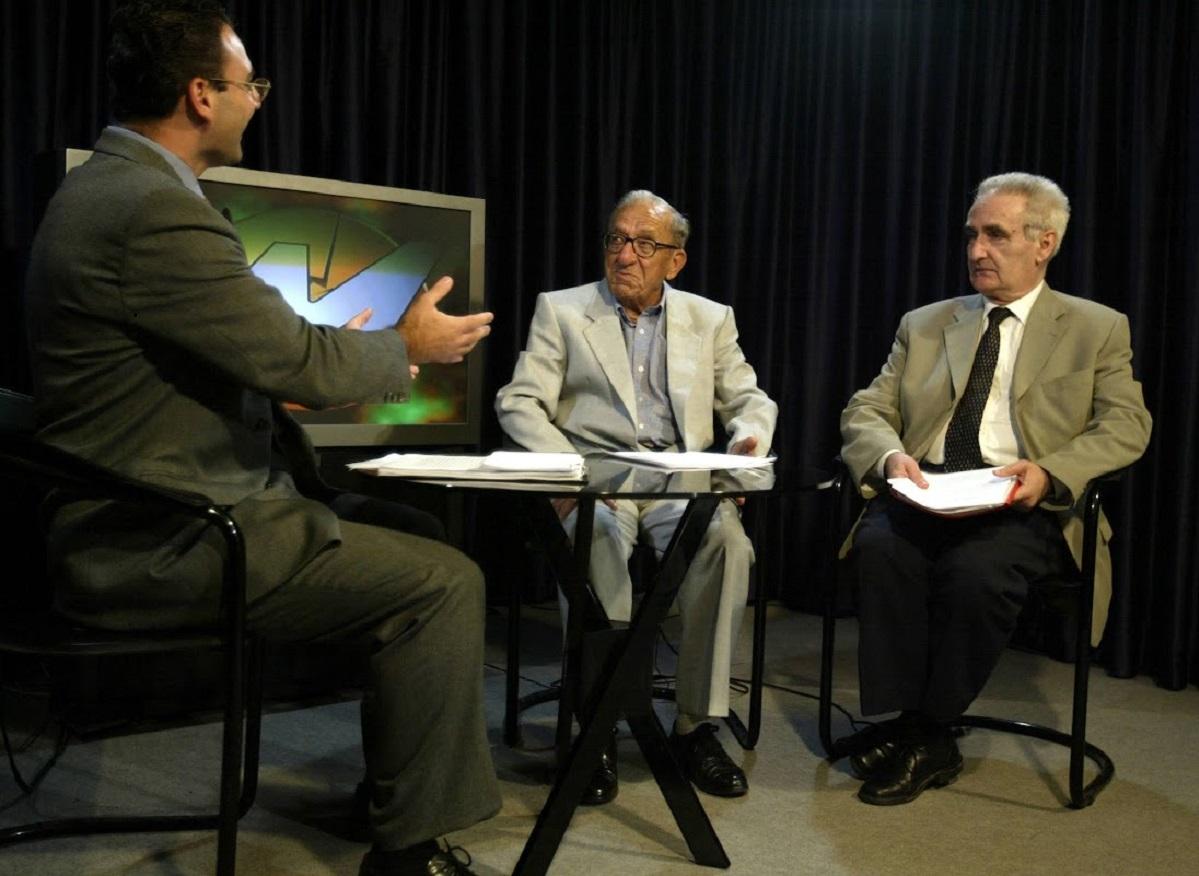 Karmenu Mifsud Bonnici and Dom Mintoff on a television programme.

Mifsud Bonnici was initially made Minister of Employment and Social Services. He was later appointed Minister of Education, and in that role he led a fight with the Church over the Church’s schools and property, becoming associated with his slogan Jew B’Xejn jew Xejn.

An era marked by violence

Under his premiership in 1985, an Egyptair Boeing 737 was hijacked and forced to land in Malta. He was the lead negotiator with the hijackers and allowed Egyptian troops to land and eventually storm the aircraft, but refused American involvement. The outcome was a bloodbath and 70 people died.

The following day, Mifsud Bonnici told the Cabinet he intended to assume responsibility and resign, but he was persuaded by his ministers not to do so.

In November 1986, the police controversially refused permission for the Nationalist Party to hold a mass meeting in Żejtun. Armed police and Labour Party thugs ringed the town with barricades and forcibly pushed back the Nationalist Party crowd at Tal-Barrani, repeatedly firing tear gas. Several people were injured. 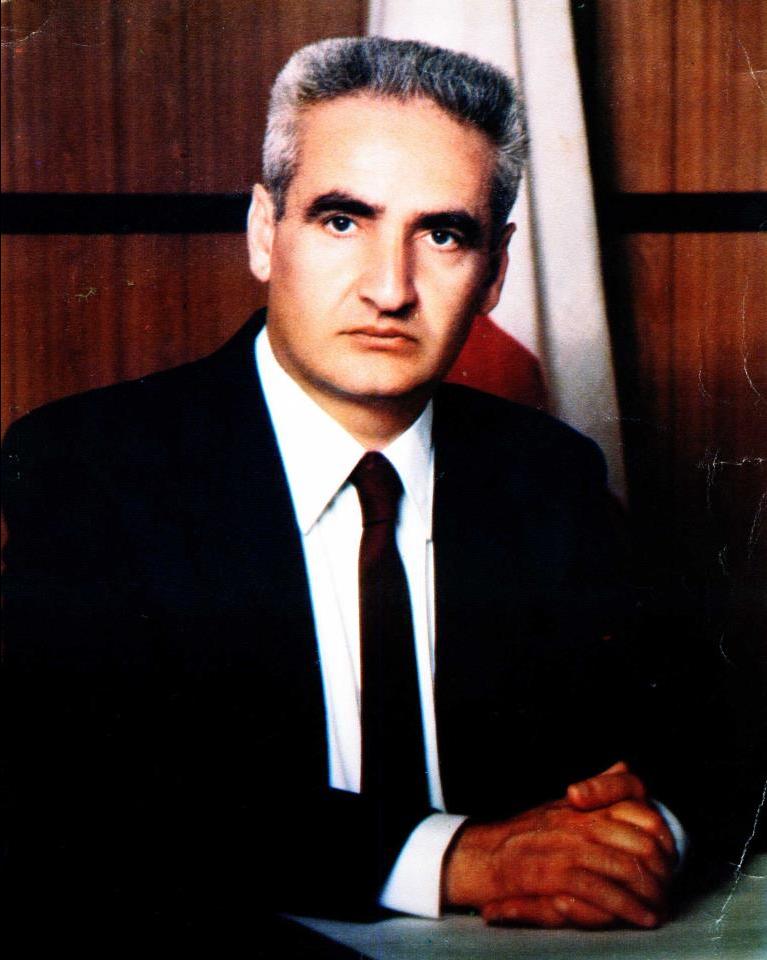 A few days later, a Nationalist Party supporter at Gudja PN club, Raymond Caruana, died when shots were fired at the club by somebody outside. Nationalist supporter Pietru Pawl Busuttil was framed and wrongly accused of the murder after a machine gun was planted at his farm.

Mifsud Bonnici’s premiership was characterised by his close relationship with Muammar Gaddafi’s Libya – carried over from the Mintoff years - and he boasted of having alerted the Libyans of a pending American air raid.

He campaigned hard, unsuccessfully, for ir-raba’ rebħa (the fourth victory) in 1987 and courted controversy by engaging 8,000 workers in the public service shortly before polling day.

In retirement, an anti-EU campaigner

Mifsud Bonnici resigned the party helm in 1992. He did not contest the 1996 general election and continued to work as an industrial relations lawyer.

As the referendum on EU membership approached, he campaigned against membership, a position he clung to even after Malta joined the EU and the Labour Party changed its position.

He also remained close to the Gaddafi government, even visiting the country during the uprising, and telling workers when he returned that it was safe to return to work, a position which the Labour Party dissociated itself from. 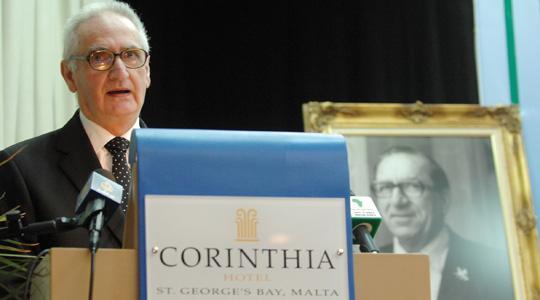 Mifsud Bonnici lived most of his life in Ħamrun, with his brother Ġużeppi, the former Archpriest of Birkirkara, and his sister.

His funeral will be held on Monday at 2.30pm at the Church of the Immaculate Conception in Ħamrun.