A court has warned a Catholic priest to be "more prudent" as he faces charges of incitement to hatred or violence over his comments about homosexuality.

Fr David Muscat appeared in court on Friday to deny the charges, based on two Facebook posts.

In one, the 51-year-old spoke about the possibility that  Abner Aquilina, who is accused of the murder of Polish student Paulina Dembska, was gay, bisexual or possessed by the devil and said that “gayness” was worse than being possessed.

In another comment, posted underneath a photo showing Aquilina wearing a colourful shirt, Muscat said that he looked like he was just coming back from "gay pride".

The outspoken Mosta priest was later issued a formal warning from Archbishop Charles Scicluna, who instructed him to stop making "inflammatory and hurtful comments" or else he could be stopped from exercising his ministry in public.

Although the charges were contested, the priest did not contest ownership of the posts or responsibility for the remarks.

“You’re basically my age. Let’s be more prudent in what we say," the magistrate said.

"Fr David Muscat today carries some weight. Whether you like it or not, what you say carries weight. People look to you. I don’t want any further cases. What’s done is done. This is for the future.”

A complaint filed by the Hate Crime and Hate Speech unit was presented in court. Inspector Kylie Borg said that the prosecution had no further evidence. 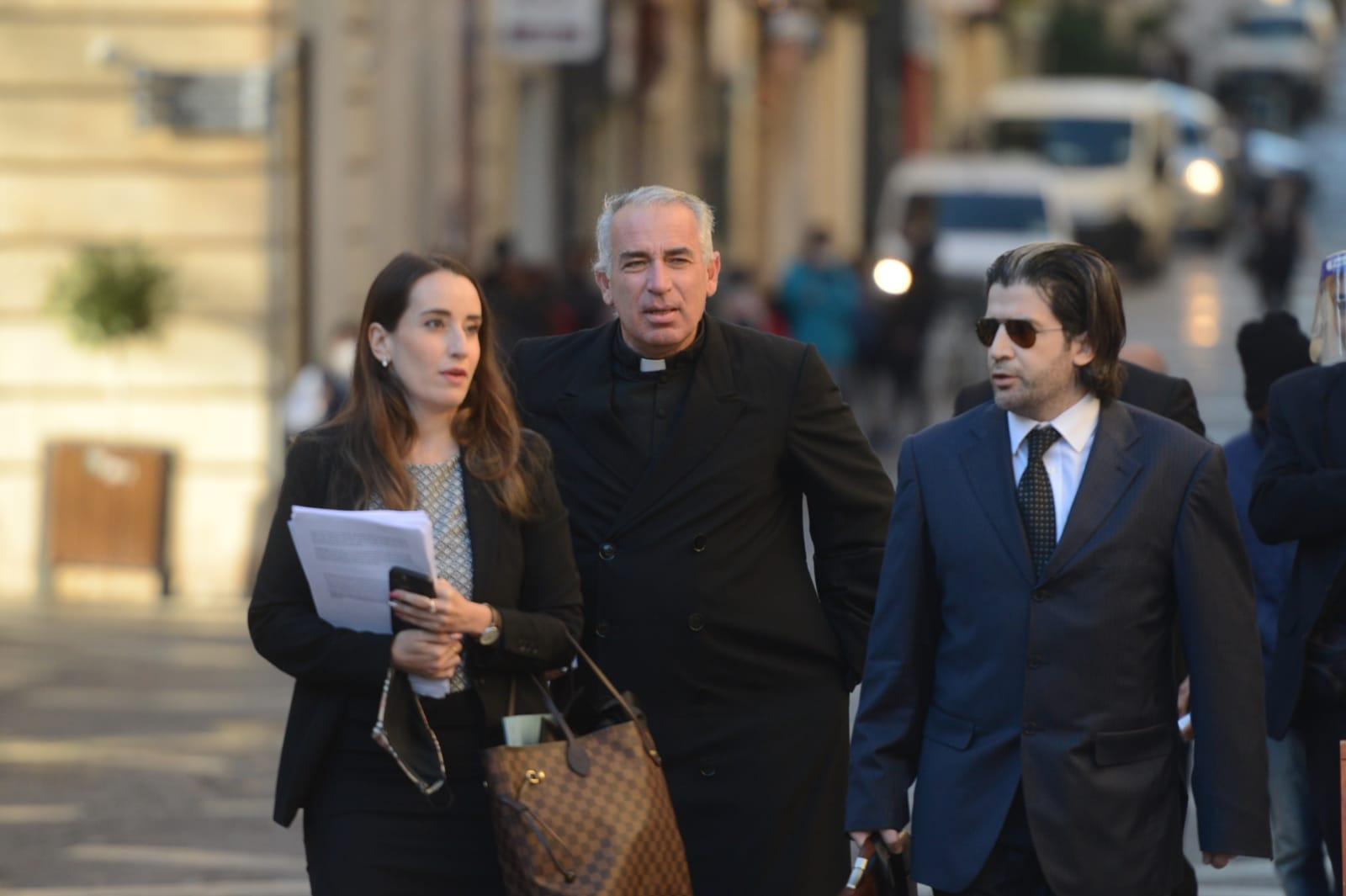 Fr David Muscat, accompanied by his lawyers, on his way to court on Friday. Photo: Jonathan Borg

The priest’s lawyers informed the court that there were two witnesses waiting outside to testify on the issue of hate speech, so as to provide information that could prove useful to shed light upon the context of the posted comments.

These were a theologian and Ranier Fsadni, a columnist and lecturer in Anthropological Sciences at the University of Malta.

The magistrate observed that, in this case, although those testimonies would be highly informative, for the purpose of the proceedings they were not necessarily relevant for the object of proof.

The case will continue on March 4.