Plans for the redevelopment of the former Ħal Ferħ site near Golden Bay into an upmarket low-rise mixed development were announced on Tuesday by International Hotel Investment. It said the project will be focused principally on a luxury hotel and spa complemented by serviced villas and bungalows.

IHI, the holding company of the Corinthia Hotels Group, acquired the site, a former military rest camp, on perpetual emphyteusis from the government. It was previously also used as a tourist complex run by Air Malta. It has been unused for years.

The emphyteutical deed of 2009 cites tourism as a use for the site but included a mechanism for the conversion of part of the gross floor area to residential use, IHI said.

The site enjoys a planning permit issued early in 2013 for a mass-market timeshare development comprising 216 self-catering apartments and a number of villa-style pavilions. 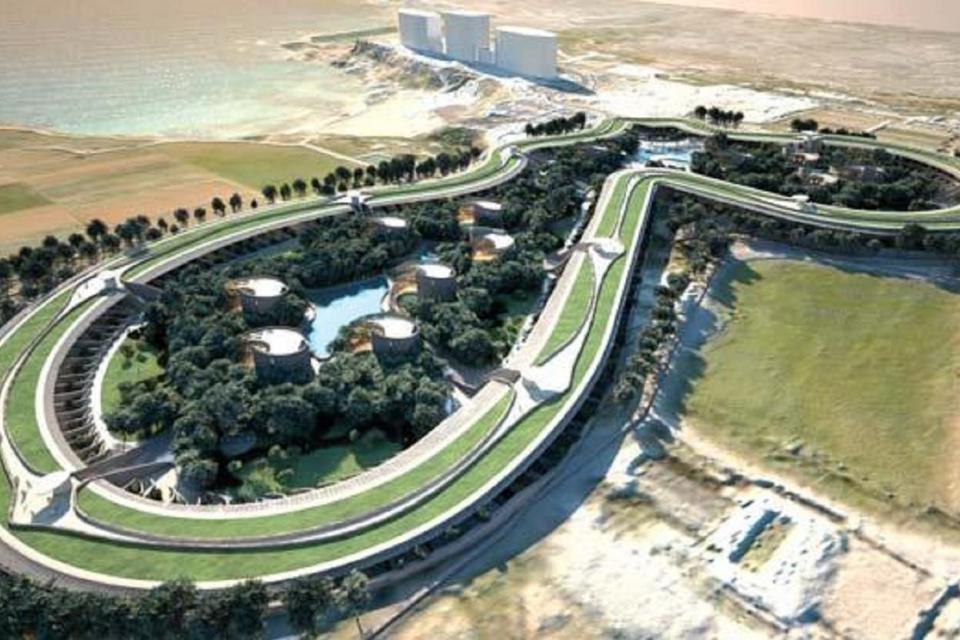 The original plans for Hal Ferħ, drawn up by Island Hotels Group (above) are being changed.

But IHI recalled that on taking over the site in 2015 as part of the acquisition of the Island Hotels Group, it had declared its intention to re-design the development, whilst retaining the limitations on the overall footprint, volumes, and height limitations.

"On this basis, IHI intends to pursue an upmarket low-rise mixed development focused principally on a luxury hotel and spa complemented by serviced villas and bungalows," it said.

A public consultation on changes to the development brief for the site is underway. When this process is complete, the normal planning application process will commence in parallel to a triggering of the emphyteutical deed’s mechanisms for the adoption of a mixed-use scheme, IHI said.

Times of Malta reported earlier on Tuesday that a proposal to allow residential development at Ħal Ferħ has been put forward by the environment ministry in a formal request to the Planning Authority.

Under the proposal, the North West Local Plan and the Ħal Ferħ development brief will be changed to include permanent residential development in the list of acceptable land uses.

While it specifies that the gross developable floor space will not increase, the proposal says that the brief will establish “a balanced allowance for residential use”.

IHI said its plans for Hal Ferħ will "exalt the Maltese character of the development and retain the current limitations on footprints, heights and development volumes cited in the original title and development briefs for the site."

"This in keeping with Corinthia’s international positioning as a luxury brand which aims to target a more discreet clientele by proposing a low-rise, extensively landscaped mixed-use development as found across the more upmarket destinations in the Mediterranean," it said.