­People arrested in connection with the fatal Ħamrun building collapse have told the police that no digging was taking place on the neighbouring building site at the time, sources close to the investigation told Times of Malta.

The site was being cleared of layers of soil and dust, those arrested said during a lengthy interrogation.

However, investigators have discovered specific machinery used for excavation, including one piece of drilling equipment used to break up bedrock. The sources said the mass of debris from Monday’s collapse would have to be painstakingly cleared and the site examined by experts before the police could establish whether works in progress broke any laws.

The building collapse killed 54-year-old Miriam Pace whose lifeless body was found buried under bricks and broken slabs after an hours-long search by rescuers. Her funeral will take place at 2pm today at the Basilica of Our Lady of Mount Carmel, in Valletta.

A source within the investigation said police work on the case had been going on “around the clock” after pressure from Prime Minister Robert Abela to close the matter as soon as possible.

“We have been here day and night trying to get to the bottom of this. Officers have been here till the early hours of the morning and then back again at sunrise to continue,” a police inspector said.

The source said that although final statements were being taken from the six men yesterday afternoon, he believed the excavation site, and the remains of the Pace home, would have to be analysed by structural experts to assess what ultimately caused the collapse. 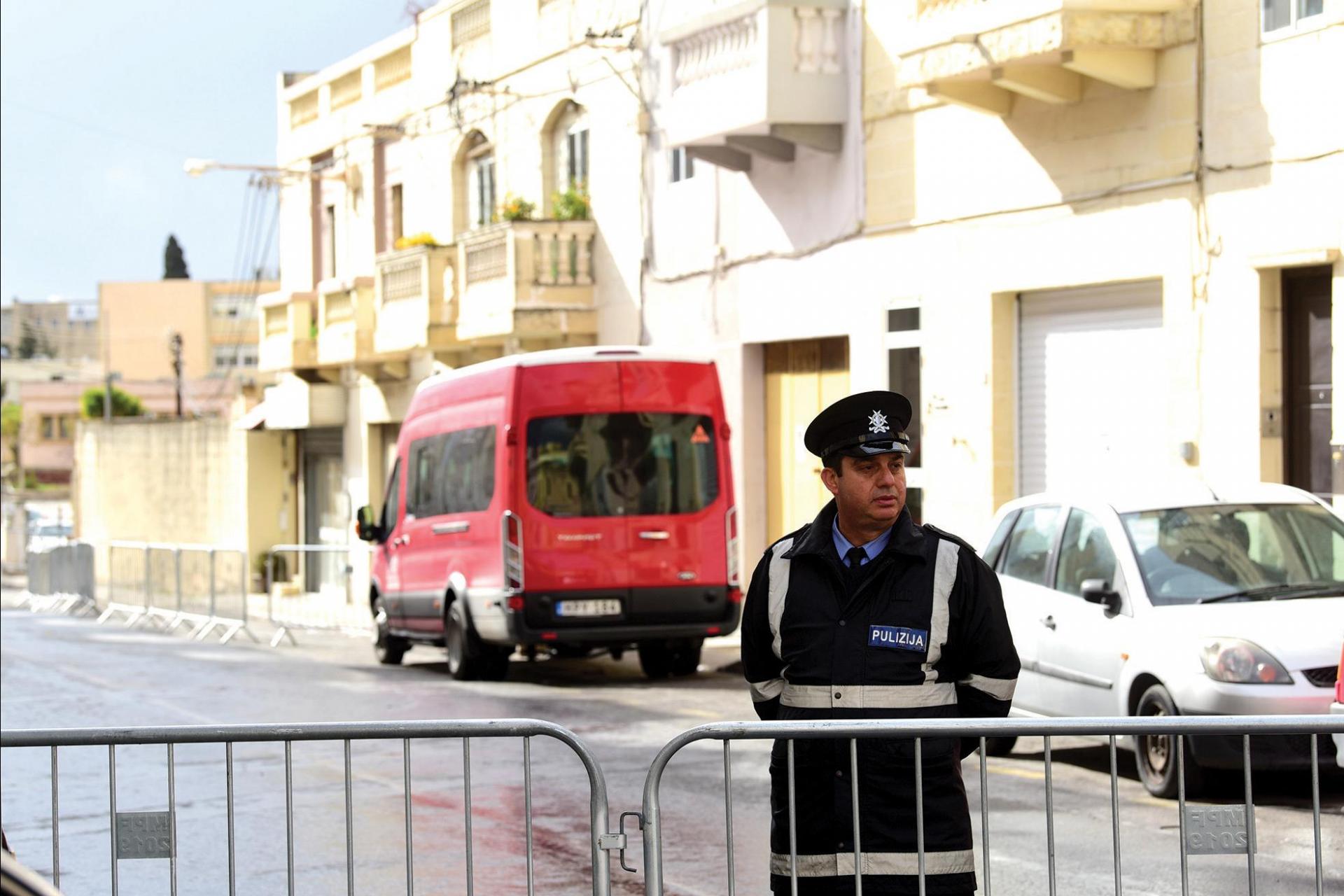 A police officer at the site of the collapsed building yesterday.

Four of the men under arrest were released on police bail yesterday evening while the remaining two should be released this afternoon. Investigators, the source said, had a working theory of what could have been behind the incident, however at this early stage in the investigation it was still a hunch that needed to be pursued further.

One possibility that had been floated, the source said, was the removal of what appeared to be supporting arches beneath the family home.

However, there were contrasting opinions on this because a review of photos of the site prior to the pillars’ removal showed that some of them were not bearing any load.

“This may not be as straightforward as some may think and at this stage we, as police, need to be certain of all the facts,” the source added.

Another contentious matter is the paperwork submitted prior to the excavation work.

While architects and experts contacted by Times of Malta have said the necessary forms had been filled in “loosely”, the police said they were still looking into this.

The site of the collapse remains closed to the public because of the police investigation and a separate inquiry by Magistrate Claire Stafrace Zammit, who visited the site yesterday.

At least three neighbouring homes have been evacuated by the authorities for fear of possible further collapse.