When two Maltese students wondered around the Victoria carnival in 1989, they were disappointed by “the luminous floats and little girls in fancy dress costumes”.

Beatrice, along with her future husband Simon Gatt, were collecting material for their theatre studies assignment, and the government-organised carnival in Gozo’s capital city was not what they were looking for. “We wanted to see improvisation. We were theatre students,” says Ms Gatt. 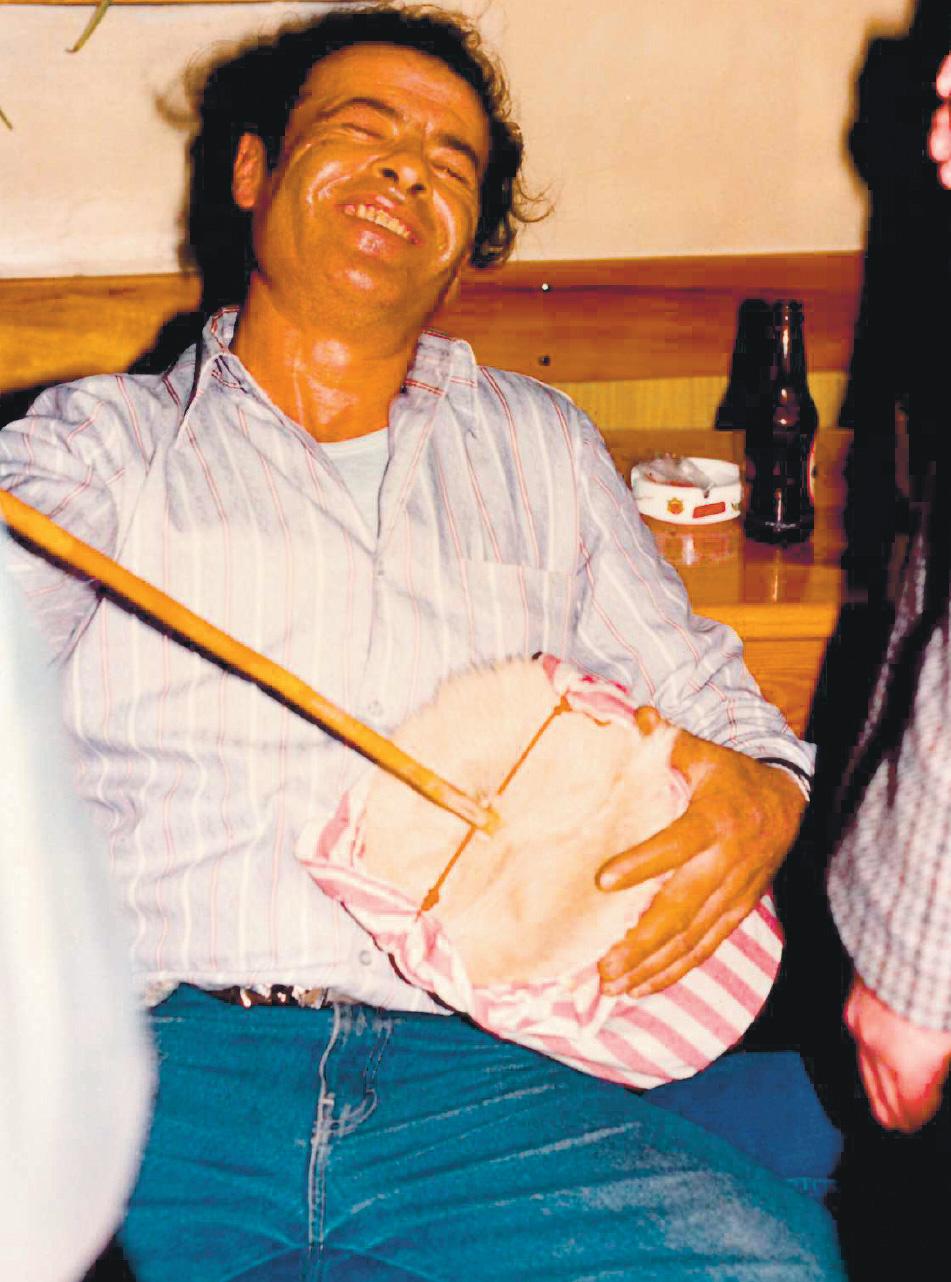 Luckily enough for them, a Gozitan interviewee let slip some information about a smaller local event happening in Nadur.

The two students packed up their things and made their way over to a small rural hamlet where they spoke to a number of locals, among them Pawlu ‘il-Bediq’.

“Our carnival is not beautiful but strange,” he would tell them as they accompanied him playing the rumbaba down the dark and eerie street.

It was the central instrument to the event and “a very sexual instrument, the player making crude motions and gestures in order to get the instrument to make its single-pitched groan,” Beatrice and Simon would write in their report.

Live animals, the skulls of livestock and other bones, people dressed in dull improvised costumes of sacks – the event celebrated mainly among the locals evoked the macabre and engaged in the satirical, Ms Gatt explains.

The event, celebrated mainly among the locals, evoked the macabre and engaged in the satirical

Sure enough, the material they would collect on the dark festival and take back to Malta would impress their professor, Vicki Ann Cremona, enough to launch an academic study into the Nadur carnival she termed as “anarchic”.

“When they came back with the photos, we decided this is too important. So the next year, I took up a whole group and they worked for five days,” Prof. Cremona says. 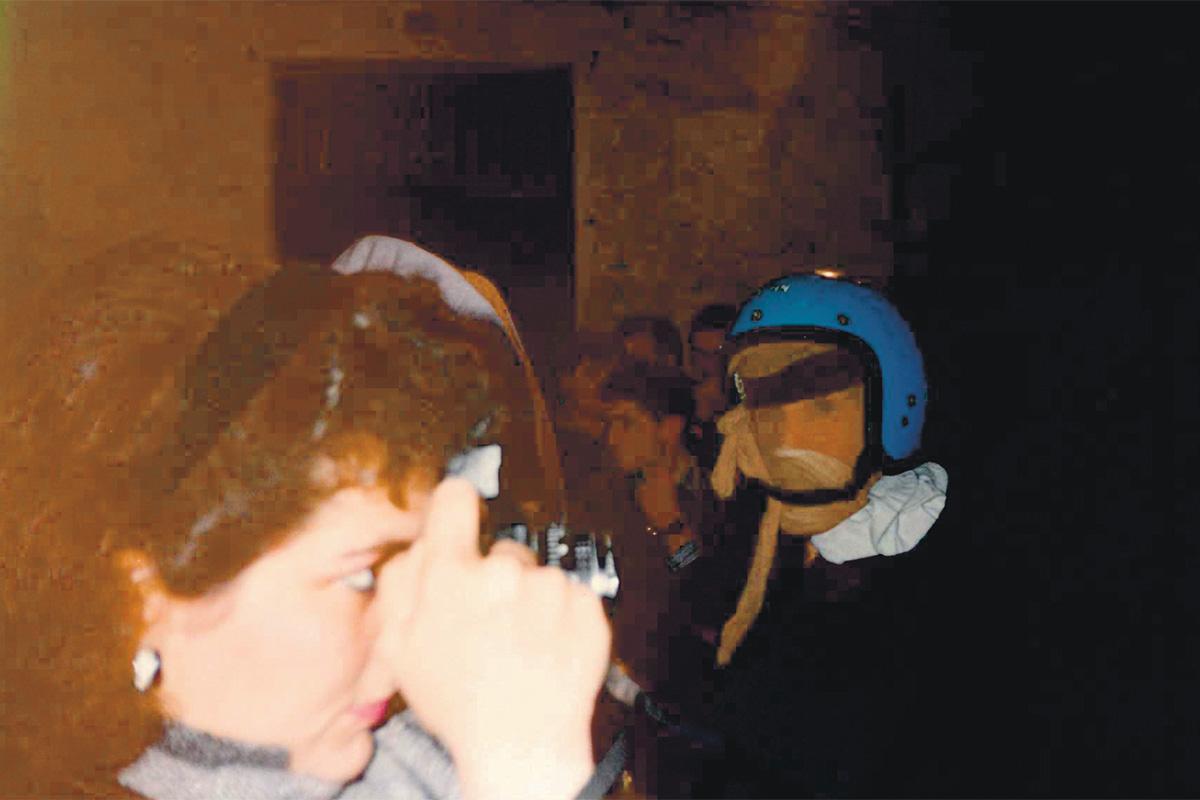 Inevitably, the interest by the scholar, who would go on to engage in deep academic study on the subject, would lead to putting the Nadur carnival on the map.

The students started telling others about what they discovered, says Prof. Cremona in a regretful tone, and this had a snowball effect.

“And then suddenly the Maltese started discovering it and then it changed into a street party.”

First came the light and then the loud music and the DJs, Prof. Cremona added.

“Today it is nowhere near what it used to be, and it is invaded by Maltese to the point that the old Nadur locals don’t come out.”

But the day Beatrice and Simon discovered the Nadur carnival they were surprised by the quiet intimacy of the event.

Anonymity and improvisation also set this carnival apart from others, they contended. 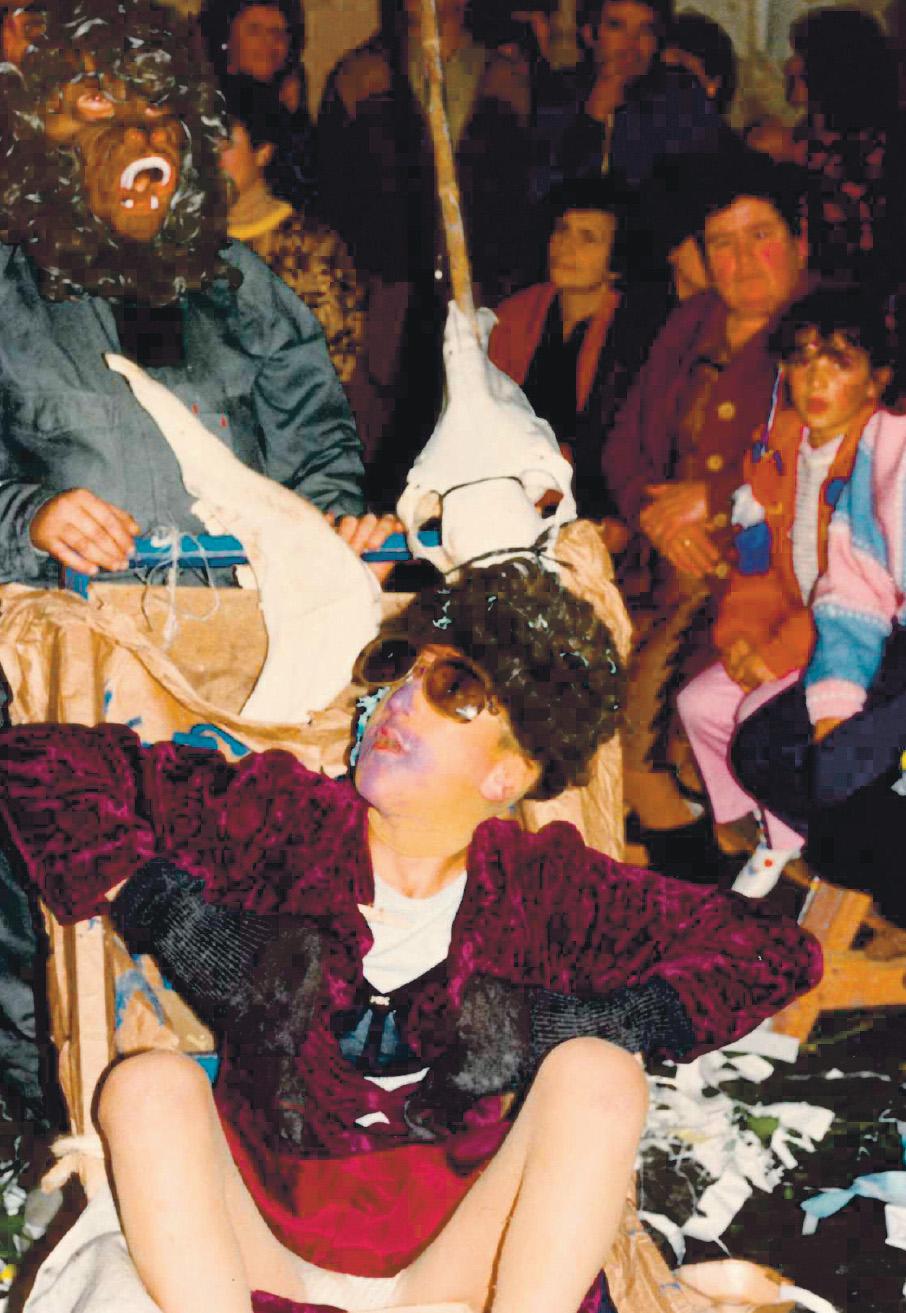 A participant dressed as a woman being pushed around in a trolley with animal skulls.

Costumes were improvised the day before the carnival, from things the villagers found or had at their disposal, and the locals would “disguise themselves beyond recognition so as to be able to get away with any misbehaviour,” the two wrote in their report.

The participants did not communicate verbally with anybody, not to reveal their identity. Interaction took the form of a “dumb show”, or “staged improvised confrontations,” they continued.

Alison Galea, the vocalist of the local band Beangrowers, who used to frequent the Nadur festival in the 1990s, remarks there was “a freedom of expression in its rawest form” at the Nadur carnival that left a mark on her as a performer.

“When we started touring in the late 1990s, this was one of the things to be really proud about. We would even talk about it in interviews,” she says.

“The Nadur carnival was a space where the Maltese could express themselves in a very Mediterranean and rural island, and also a country that on the outside seemed very conservative and Catholic.”

While she sees there’s still a strong satirical element to the event, she says she stopped going 10 years ago when it became busy and commercialised.