The number of reports to Malta’s Hate Crime and Speech Unit has spiked amid a global anti-racism movement and increased local tensions over immigration.

In the first five days of June, the number of hate crime reports were double the total filed during the entire month of May, according to data provided by the unit.

Global protests have taken place since the death in May of George Floyd, an unarmed black man who died in the US after a white police officer kneeled on his neck as he told him, “I can’t breathe”.

A spokesperson for the unit said the subsequent Black Lives Matter protests could have led to an increase in reports.

“These protests have created significant increases in awareness and solidarity towards minorities, motivating people to report acts of hate crime or hate speech of any kind when they come upon them.”

Neil Falzon from Aditus Foundation said the NGO had noticed increased online hate speech at the beginning of June.

The issue of the Captain Morgan tourist boats holding migrants out at sea heightened people’s tensions over Malta’s immigration issues, he said.

“The incident also meant that our work was more public, our advocacy more vociferous, and that is bound to trigger a counter reaction. We also think that the incidents around the world relating to the Black Lives Matter movement further heightened people’s views as they required people to engage and, consequently, externalise their views.”

“Hard-line measures implemented during COVID-19 and human rights violations such as the pushback of migrants and the illegal floating prisons have also brought to the forefront the intersection of migration and asylum policies with issues of racism,” she believes. 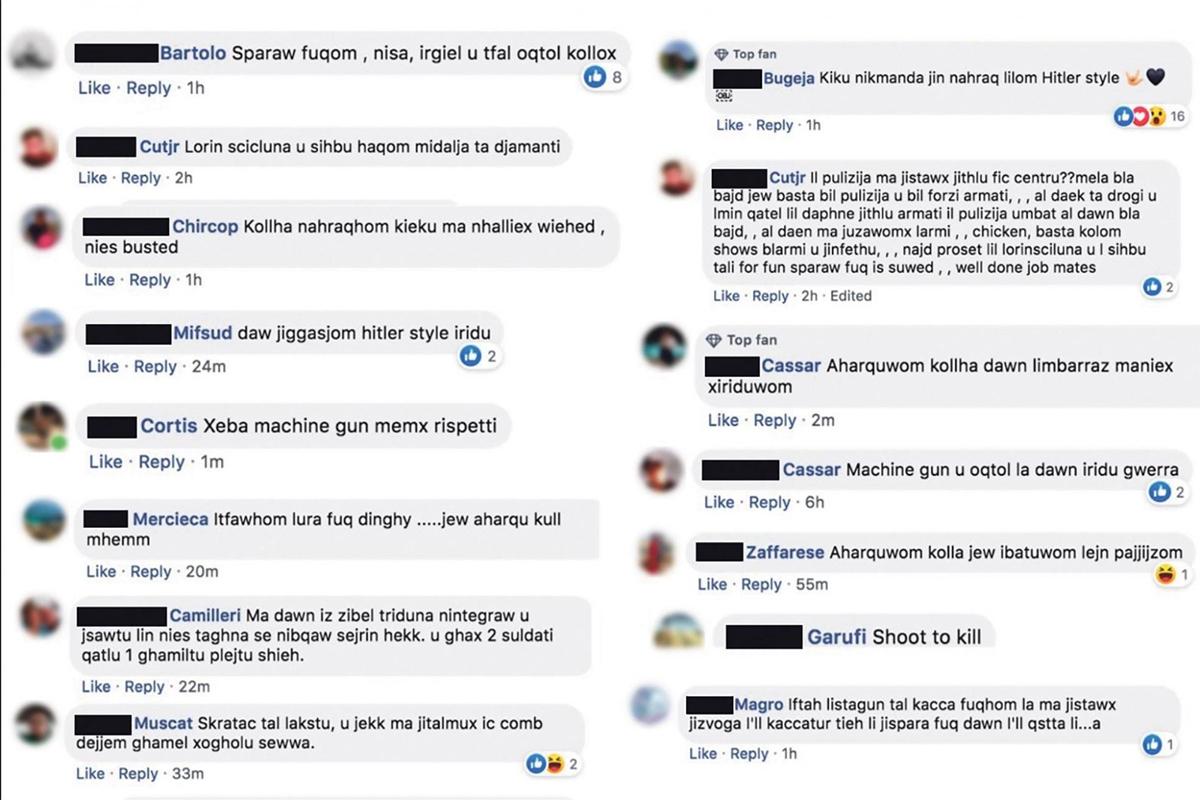 Protests have created significant increases in awareness and solidarity

But she said various social media initiatives such as a new Facebook group called Voices Against Racism and the global Black Lives Matter movement had also encouraged people to flag abuse.

The Hate Crimes Unit said the increase could also be down to more awareness of its work.

“One reason might be that a couple of high-profile cases, our social media presence and mentions in local newspapers and websites have bolstered our ‘popularity’ and recognisability. This in turn, of course, makes people aware that there is a specialised unit that only takes such reports,” a spokesperson said.

The hate crime unit received 11 reports related to Monday’s anti-racism sit-in and counter anti-immigration protest. The reports originated from both those showing solidarity with the Black Lives Matter movement – who were subjected to monkey noises and Nazi salutes – and those who turned up to protest against immigration.

A spokesperson for Home Affairs Minister Byron Camilleri said that while everyone had the right to protest and make their voice heard, “this must be done with full respect to those who have a different opinion and perspective to their own”.

“Racist gestures aimed at attacking certain people are certainly not becoming of a modern and democratic society. Under no circumstances can this behaviour be deemed acceptable,” the spokesperson said. 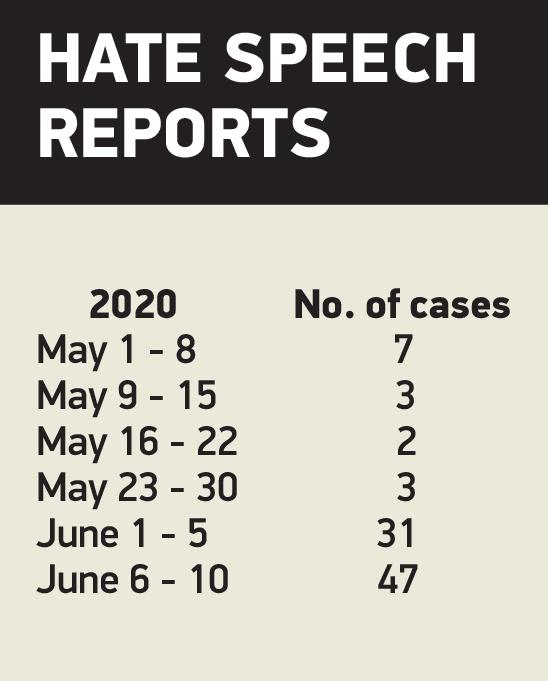 The hate crime unit is urging people to file a report before exposing the issue in public as this could alert the abuser and they would remove all public evidence.

Most of the reports filed with the unit, which started operating at the end of last year, are related to hate speech based on race, colour and ethnicity. The unit has also received reports based on religious belief, political belief, citizenship, sexual orientation and gender identity.

It analyses the reports in collaboration with a legal team and if the case constitutes a criminal offence, it proceeds with a criminal complaint kwerela.

This is submitted to the Malta Police Force who then proceed with their own investigations.

Look up Hate Crime & Speech Unit on Facebook or call 2568 9700 for more information.

Note: edited information does not constitute evidence in court, so screenshots cannot be edited