HSBC customers who do not receive their pension or wage directly in their account could be charged up to €60 a year, as the bank introduces a monthly fee, the consumer association has warned.

The bank has started notifying consumers whether they will have to bear the burden of a new €5 monthly fee as from April. This fee partially covers the cost of providing a service, which has “increased significantly” as a result of a change in the operating environment, according to the bank.

The Consumers' Association said low earners and pensioners could be impacted. In Malta, the minimum wage stands at €777 a month, amounting to €2,331 over three months, however, some pensioners, especially those who do not have a full contributory period, might miss the mark.

This monthly fee will not apply to:

It also doesn't apply to those who have joint accounts where any one of the other account holders meets other exemptions, or those holding a supplementary credit card where the main cardholder is exempted from this fee.

Benny Borg Bonello, president of the Consumers’ Association said this was the first step for local banks to start charging for services, as is done by other banks abroad. Bank should instead be paying consumers interest on the money they deposit at the bank, he said.

Deposit money is not left idle at the bank but is used to provide loans at a much higher rate of interest.

"HSBC’s new charge will impact those with a low income or pension, and therefore the most vulnerable, and those whose income is automatically deposited at some other bank," he said.

"This move could also see a ripple effect and other banks might introduce similar fees to increase their profit."

He said it was unlikely the charges would come anywhere close to the interest people might earn on their savings in a year.

Moreover, basic information about charges applied by banks and interests paid to consumers is not available on the Malta Financial Services Authority’s website.

He said that last August he had flagged outdated information available in the ‘Compare Charges and More’ section on MFSA’s website, and followed up on his inquiries in the following months. For some time now, the section has been ‘under maintenance'.

It is therefore difficult for consumers to compare charges and the rate of interest and make rational decisions, he said. 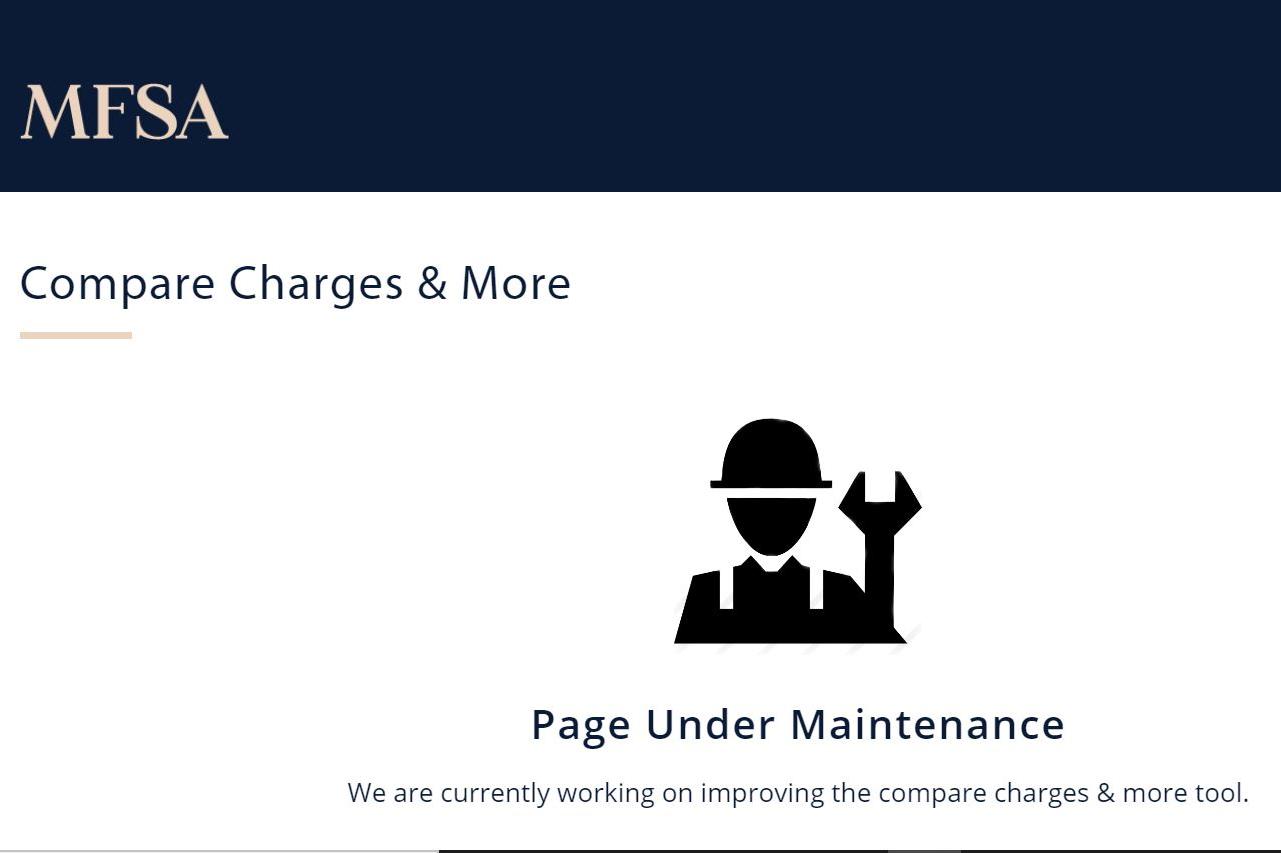 The MFSA 'Compare Charges & More' section is under maintenance.

Answering questions by Times of Malta, a spokesperson said the majority of HSBC's existing customers were expected to meet one of the exemption criteria.

Consequently, they will not be charged, she said, adding that all customers are being contacted personally throughout January with details as to whether this fee may apply to them, as well as guidance on the available exemptions.

Asked to react to concern that the monthly fee will mostly apply to low-earners and pensioners, the spokesperson said the charge will not apply to those whose income is credited into their HSBC Malta account.

"HSBC Malta has sought to ensure that the income exemption criteria is achievable by all customers. The minimum required income to qualify for exemption of the fee has been set at the national minimum wage level or minimum statutory pension level."

BOV is currently not planning on introducing additional charges, a spokesperson said when contacted.

"At this stage, we are not envisaging introducing charges on low-risk personal accounts other than as already stipulated in the bank's tariff of charges but this can change as necessary in view of increased legal and regulatory obligations as well as market considerations."

An APS Bank spokesperson said APS has no such fee and there are no plans to introduce it or anything similar in the near future.