A walk around the outside of St Luke’s hospital shows little signs of the promised millions that were meant to be pumped into the ageing building to transform it into a “world class medical facility”. 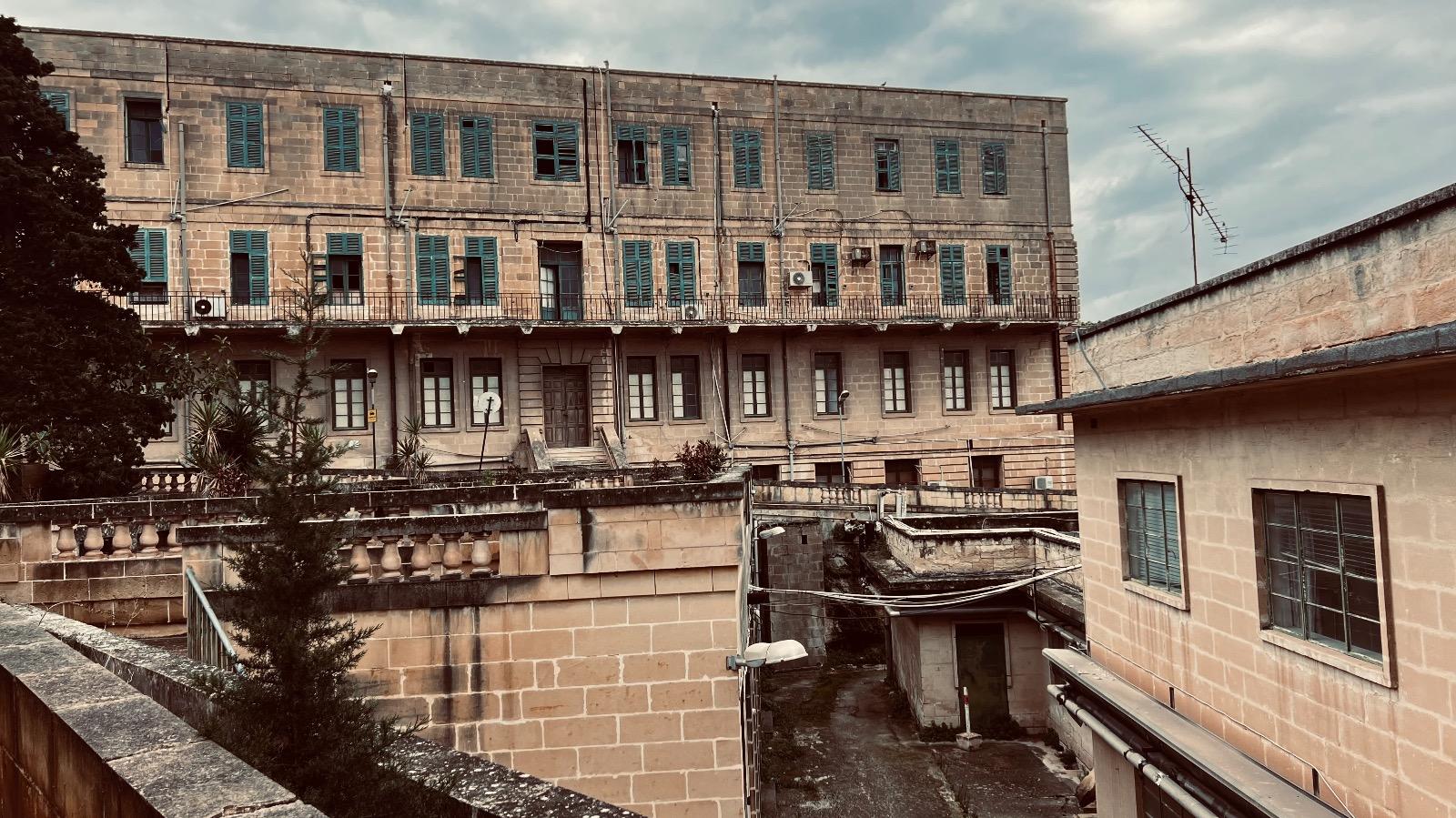 St Luke’s was one of three hospitals handed over to a motley crew of investors in 2015 with no prior experience in healthcare.

Vitals Global Healthcare was contracted by the government to run the St Luke’s, Karin Grech and Gozo hospitals against the promise of a €200 million investment by the company. 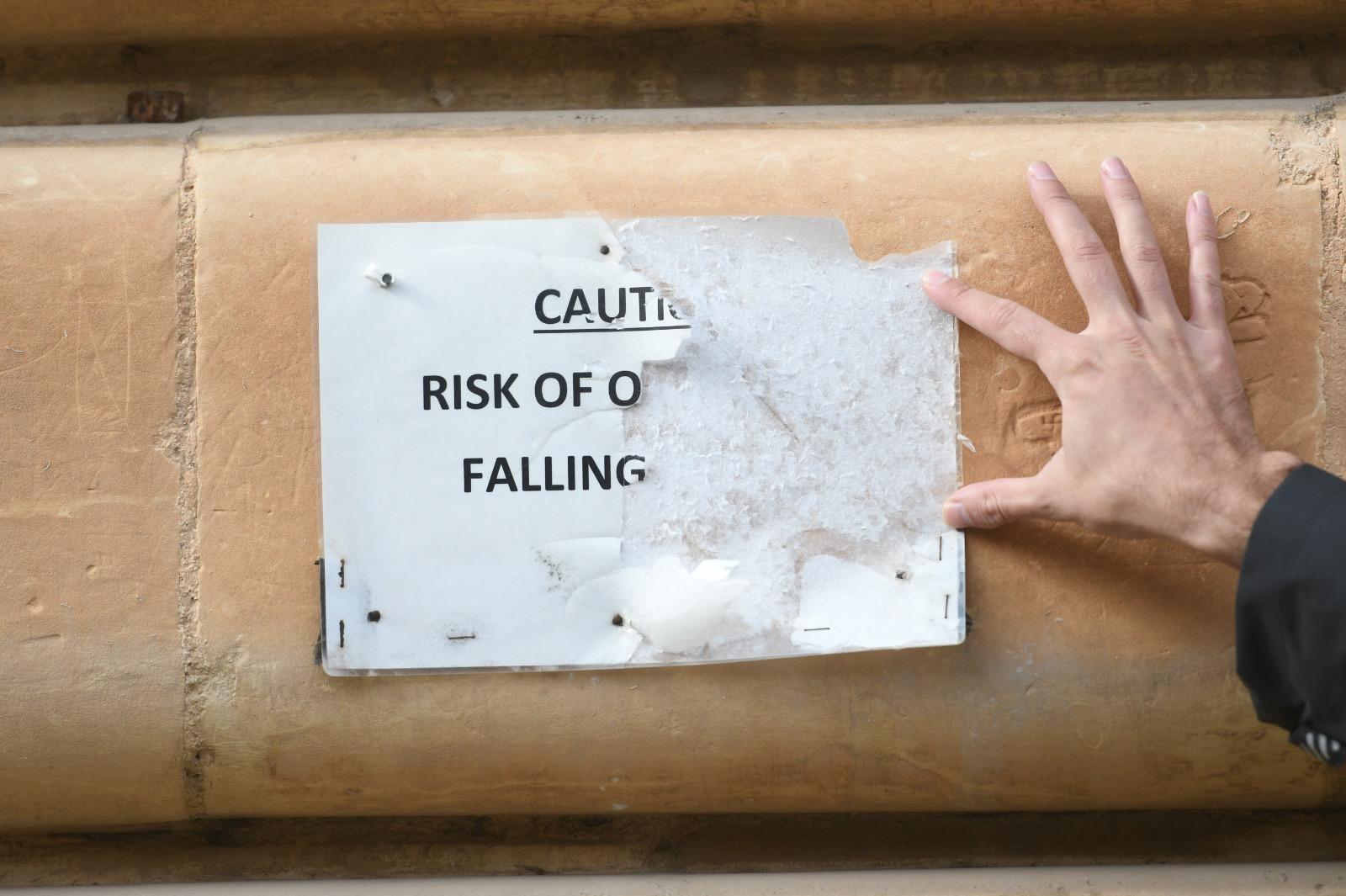 Danger above. A sign warns visitors that they could need hospitalisation is they hang around for too long.

The contract was taken over by Steward Healthcare in 2017.

Times of Malta’s tour of the building’s exterior appears to back the claim in so far as St Luke’s hospital goes.

Feral pigeons outnumbered patients, and smashed stone steps greet anyone hoping to enter the building from the rear. 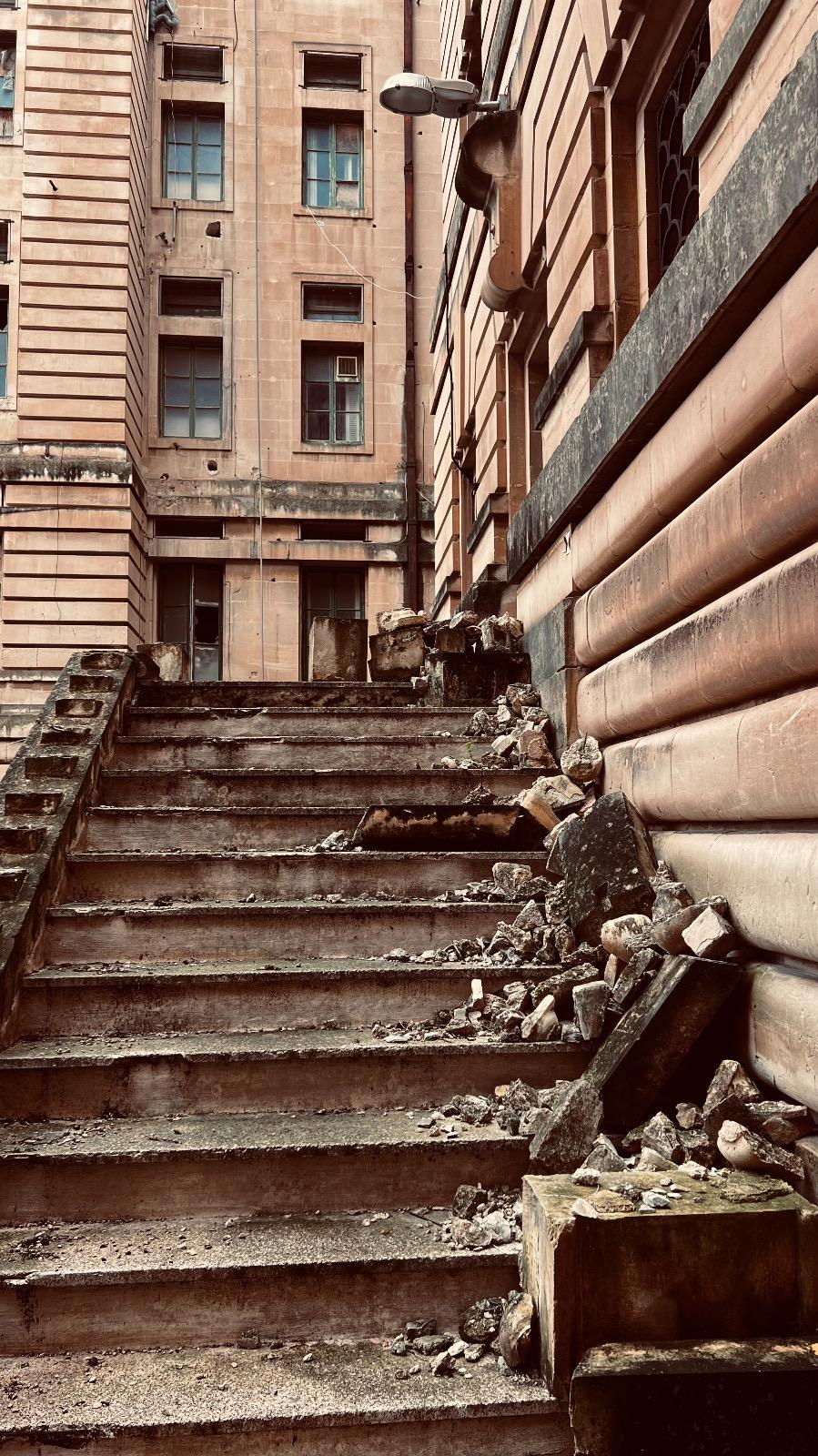 A black and white cat was spotted trying its luck with one of the pigeons, before casually winding its way into the hospital through one of the many smashed windows.

A glance through one of the ground-floor windows shows what appears to be an abandoned shower room that now doubles up as storage space. 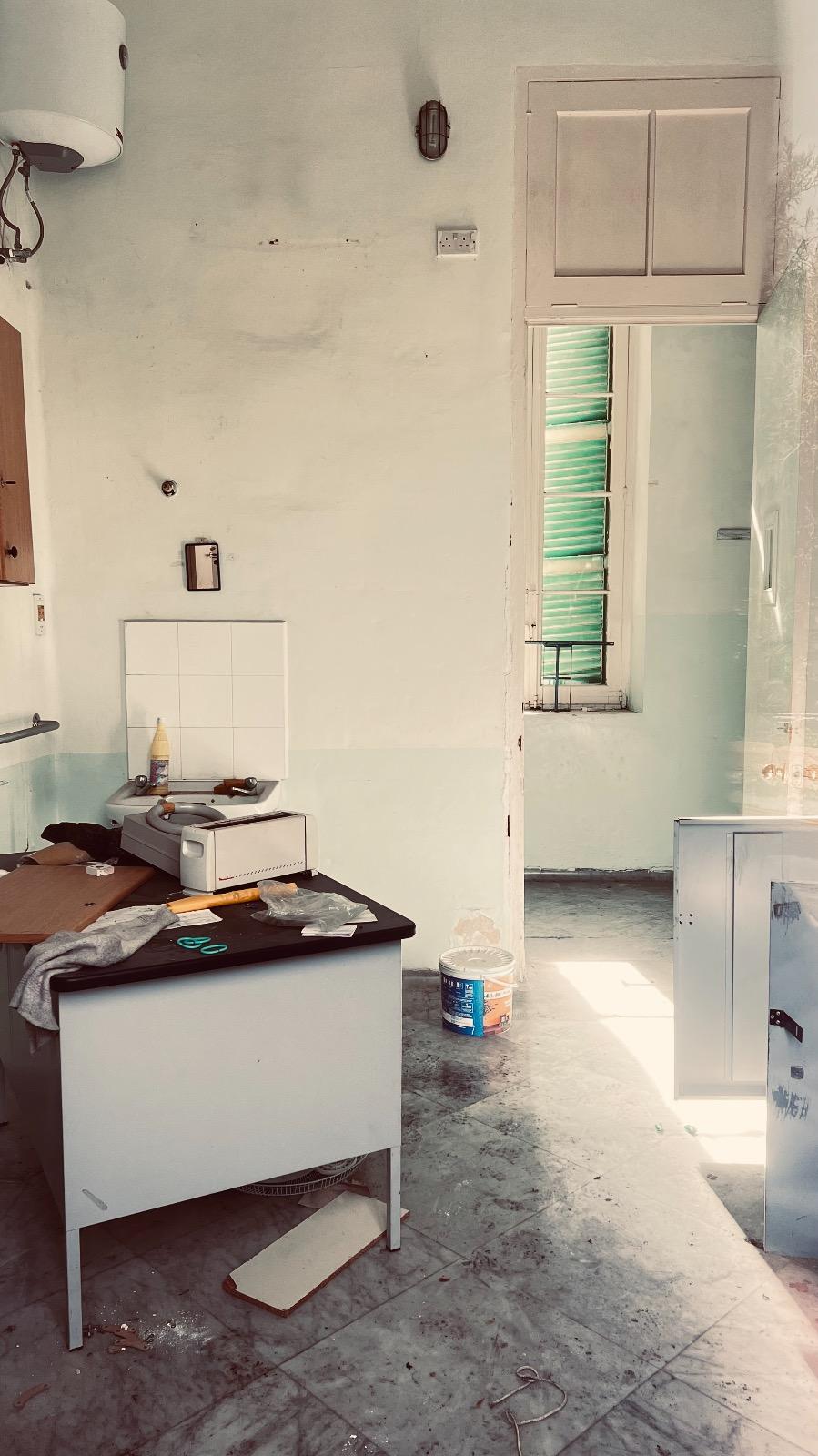 A peer through one of the windows shows what looks to be an abandoned shower room.

A tub of paint was seen lying on the floor, surrounded by four walls desperately in need of it. 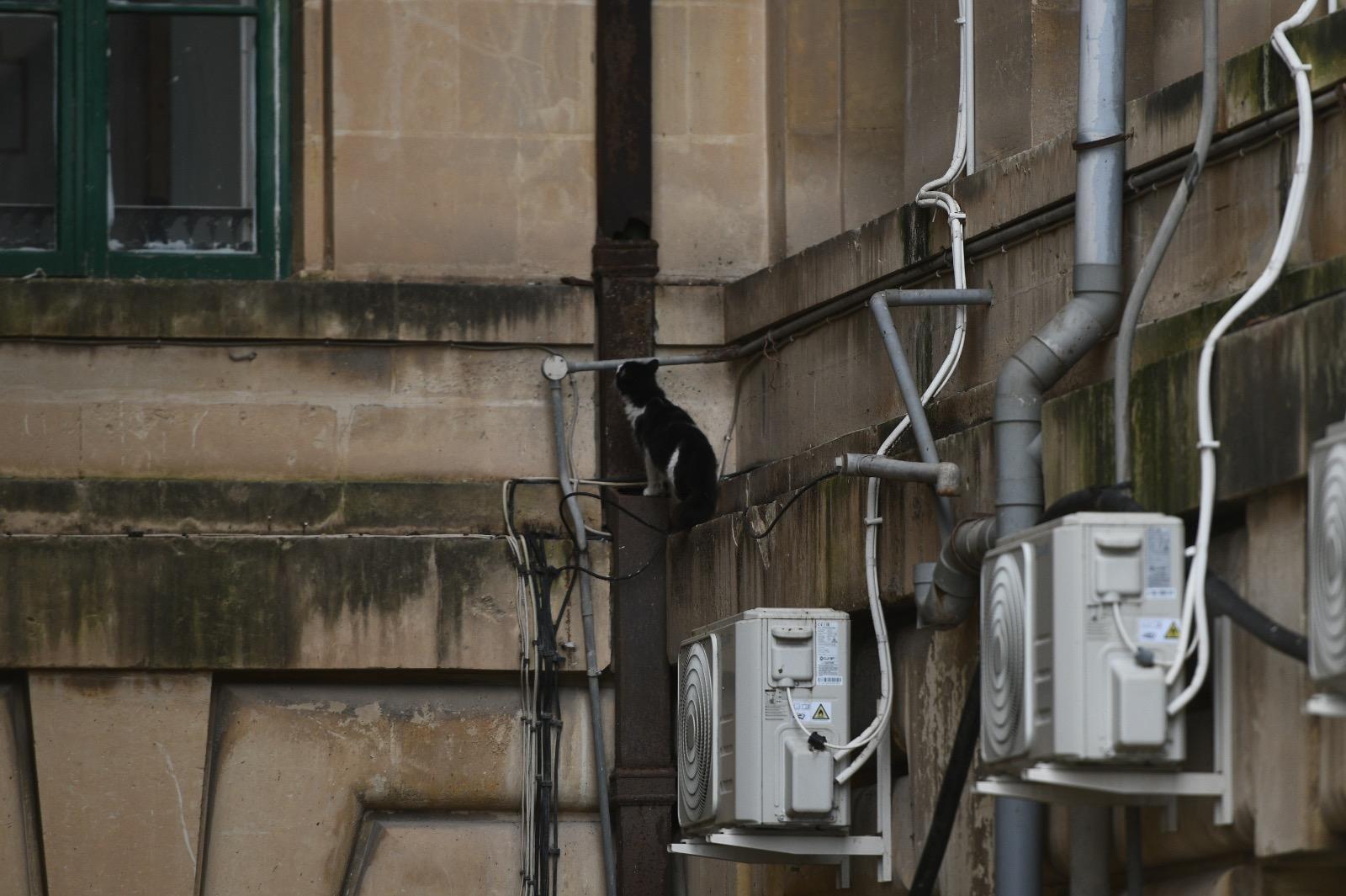 A cat stalks one of the many feral pigeons that has made St Luke's hospital its home. The pigeon survived.

Finance Minister Clyde Caruana acknowledged last month that works at the hospitals run by Steward are “not at the expected level”. 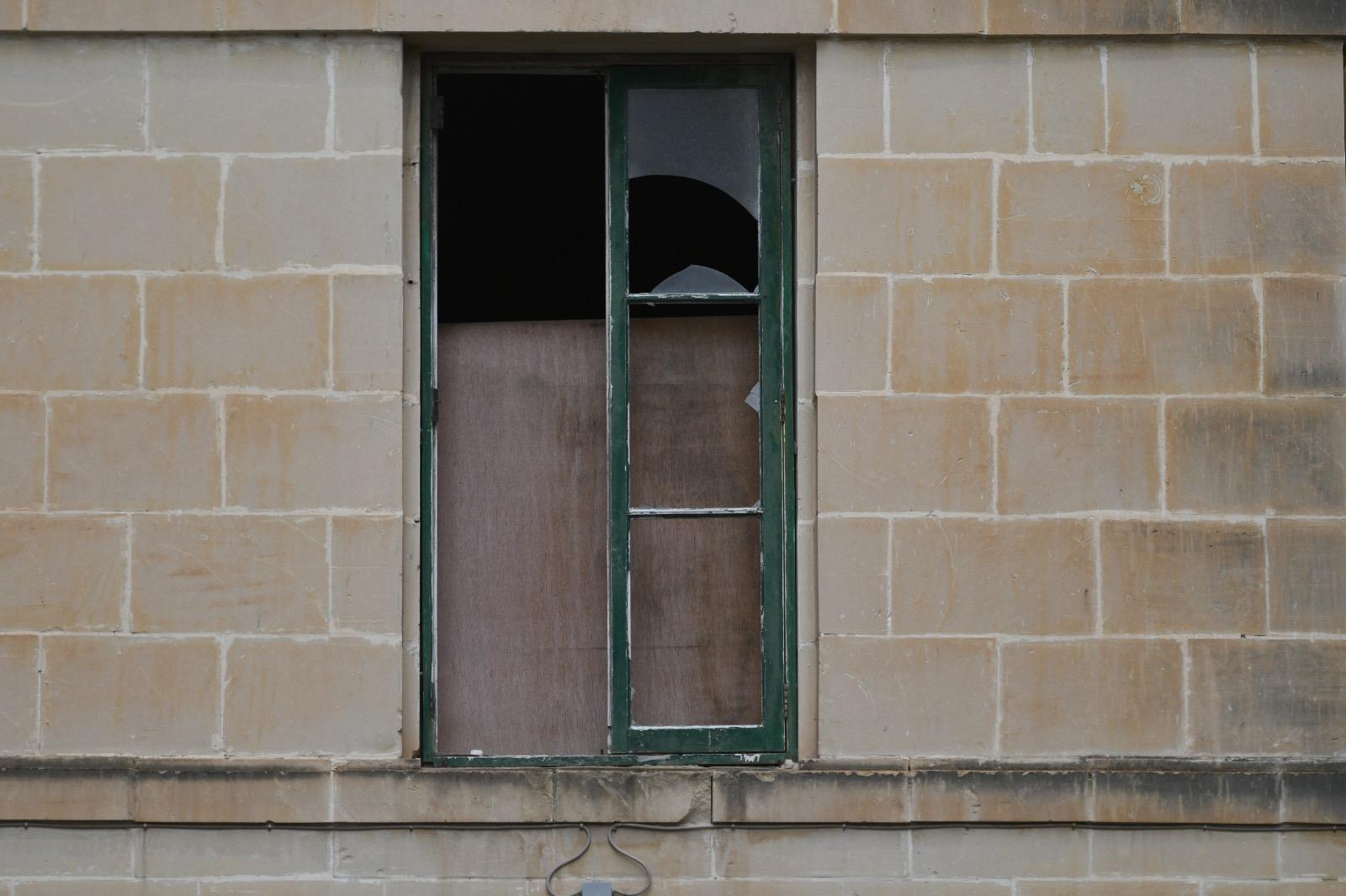 Broken and boarded up windows dominate the hospital site.