Daphne Caruana Galizia's family members on Monday presented in court dossiers and several CDs worth of information which they said revealed the lengths which public officials went to discredit the slain journalist.

The information, which includes screenshots of social media posts, videos of One TV show Tagħna t-Tnejn and blog posts published by Labour MP Glenn Bedingfield, was presented to a public inquiry by Ms Caruana Galizia’s son, Matthew, and sister, Corinne.

Matthew Caruana Galizia described how Tagħna t-Tnejn would run sketches in which his mother was depicted as a witch, surrounded by candles and drinking Jack Daniels.

His testimony and that of his aunt Corinne Vella was bookended by that of two prominent members of the Office of the Prime Minister. 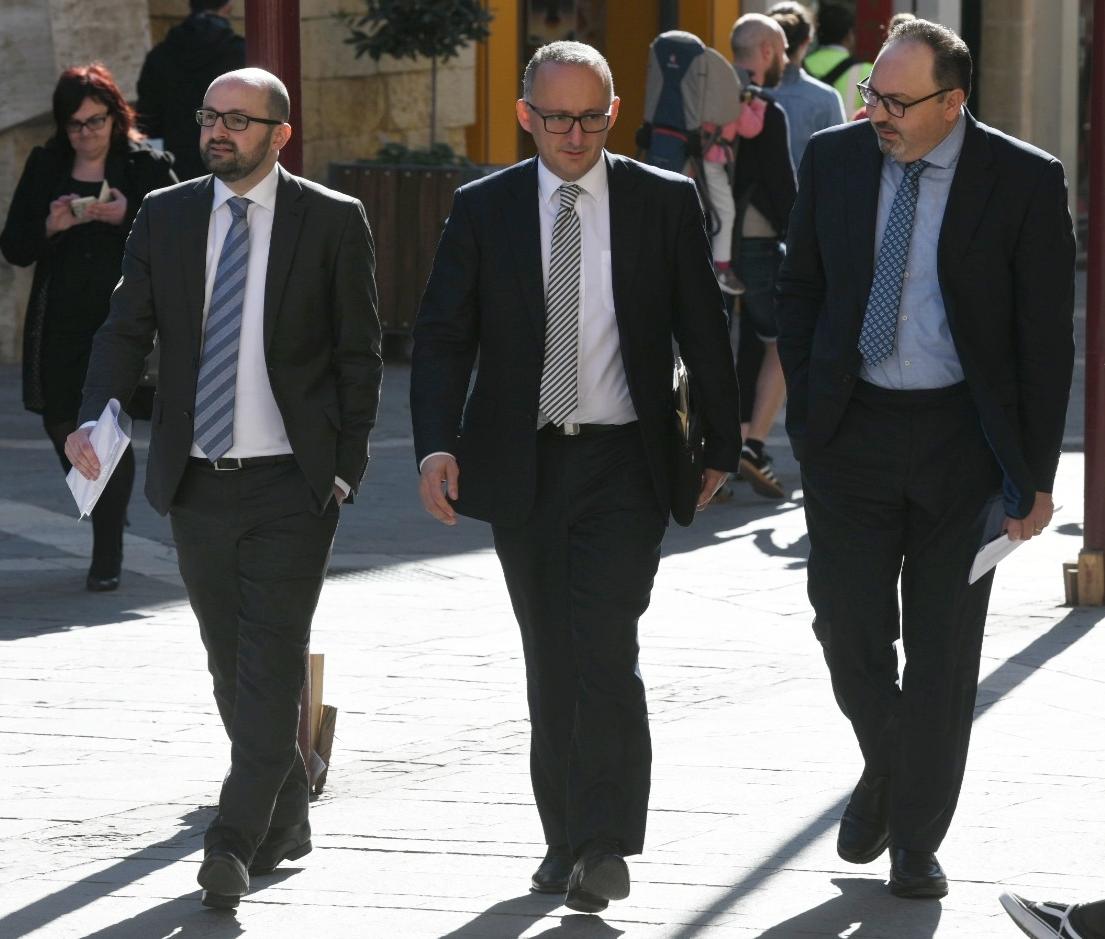 Government head of communications Matthew Carbone tested the board of inquiry’s patience when quizzed about an incident in November when security guards had prevented journalists from exiting an OPM room following a press conference.

The incident drew international condemnation from press freedom organisations but was downplayed by Mr Carbone, who claimed that protesters gathered outside had “assaulted” OPM officials and insisted journalists had never been locked inside the room.

Mr Carbone was among those present that night, but on Monday he was reluctant to name people who stood guard in the room that night.

“You don’t even want to look at those photos!” he said. “Just answer [the question]. You cannot refuse. If you don’t want to, just say so and we will draw our own conclusions”.

Mr Carbone eventually relented and went on to identify a variety of people seen in photographs of the incident.

He also told the inquiry that he had never seen Caruana Galizia murder suspect Yorgen Fenech at the OPM, and that he had not spoken to former chief of staff Keith Schembri since late October.

Mr Schembri was the OPM’s chief of staff until late November, when he resigned in disgrace after being implicated in the Caruana Galizia murder. He remains under investigation but has not been charged.

He also said he had not seen Mr Fenech at the OPM.

The board of inquiry and lawyers representing the Caruana Galizia family peppered the OPM official with questions about several posts he had published to social media.

Mr Caruana acknowledged that he had written about Ms Caruana Galizia but said he had never overstepped “the legal limit”.

When asked whether he felt the social media posts were befitting of a public official, Mr Caruana made a distinction.

The public inquiry will reconvene on Wednesday, when former OPM official Neville Gafa’ will testify.