A concept of an electric version of the much-loved traditional Maltese bus has been introduced at an exhibition at the old bus terminal outside Valletta.

Officially unveiling the design, created by architect Jonathan Mizzi, Transport Minister Ian Borg said he hoped it could be “tangibly realised” in the future.

The concept combines the culture and tradition of the old Maltese buses with zero-emissions technology.

A model version of the bus was unveiled at the ceremony on Friday evening at Triton Square, which also featured a film showing how it would look in action.

Dr Borg said the traditional buses brought back good memories for people.
He said: “It is a concept that brings together something very nostalgic for us Maltese and something we are looking at for our future – sustainability, alternative means, electromobility.”

He said that people using public transport has doubled since 2011, with a passenger record of 53.5 million in 2018.

Mr Mizzi said he wanted to celebrate Malta’s industrial heritage with the design of a bus that was a vibrant symbol of Maltese craftmanship beloved by residents and tourists alike.

“My studio and I have worked very hard over 7 years to capture the essence of our diverse bus fleet into a singular design that unifies the most common genetic features of them all fusing them with the functionality of the latest technology in transport,” he said. 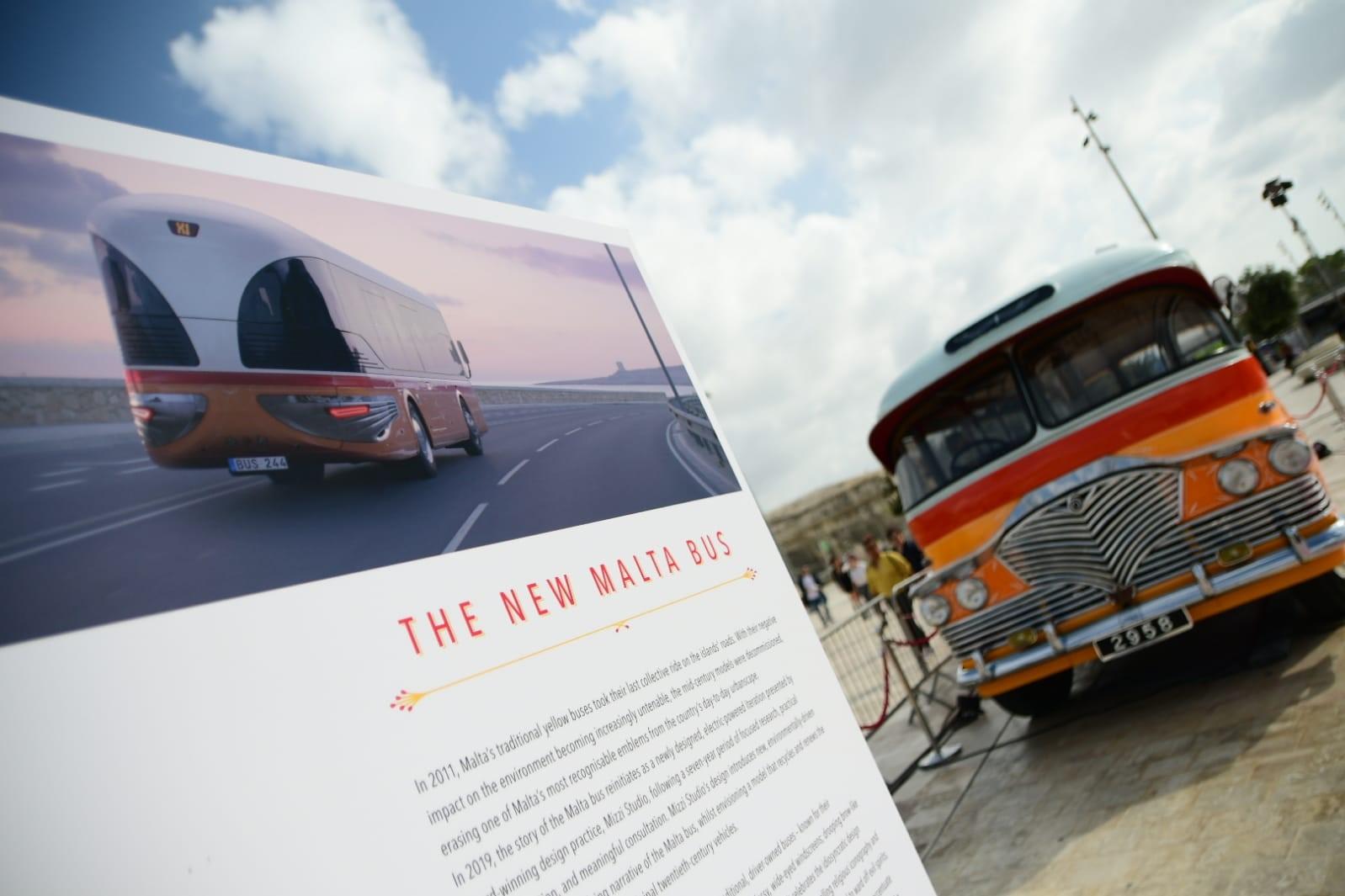 One of the old traditional Maltese buses beside a picture showing what the electric version would look like. Photo: Jonathan Borg