A notice signed by the director of the correctional services agency that says the role of prison is "to teach fear" has been revealed.

The 2018 document, which authorities say is no longer hanging on the walls of the Paola prison, gives insight into the philosophy of its director general, Colonel Alexander Dalli.

"If violence and crime are to be curbed, we are the only people who can do it," the notice bearing Dalli's name states.

"The inmate does not fear the police, the judge or the jury. Therefore it is our job to teach fear. Welcome to prison!"

The notice, which prison authorities say has since been removed. Photo: Peppi Azzopardi/Facebook

The image of the note, which is written in both Maltese and English, was revealed by former Xarabank presenter Peppi Azzopardi on Thursday.

Azzopardi had previously challenged prime minister Robert Abela about the declaration but it is the first time the image has been publicly shared.

He said he decided to reveal the note to show the "terrifying situation" within the prison and called for the judiciary "to investigate what is going on behind those steel doors before firing off one sentence after the other like that, something which not even journalists are allowed to verify".

A Home Affairs ministry spokesperson said the notice "no longer features within the prison walls".

She said the Corradino Correctional Facility in Paola is not intended to instil fear, but to reform, pointing to an increase in the the number of medical, mental health and social work professionals deployed there. 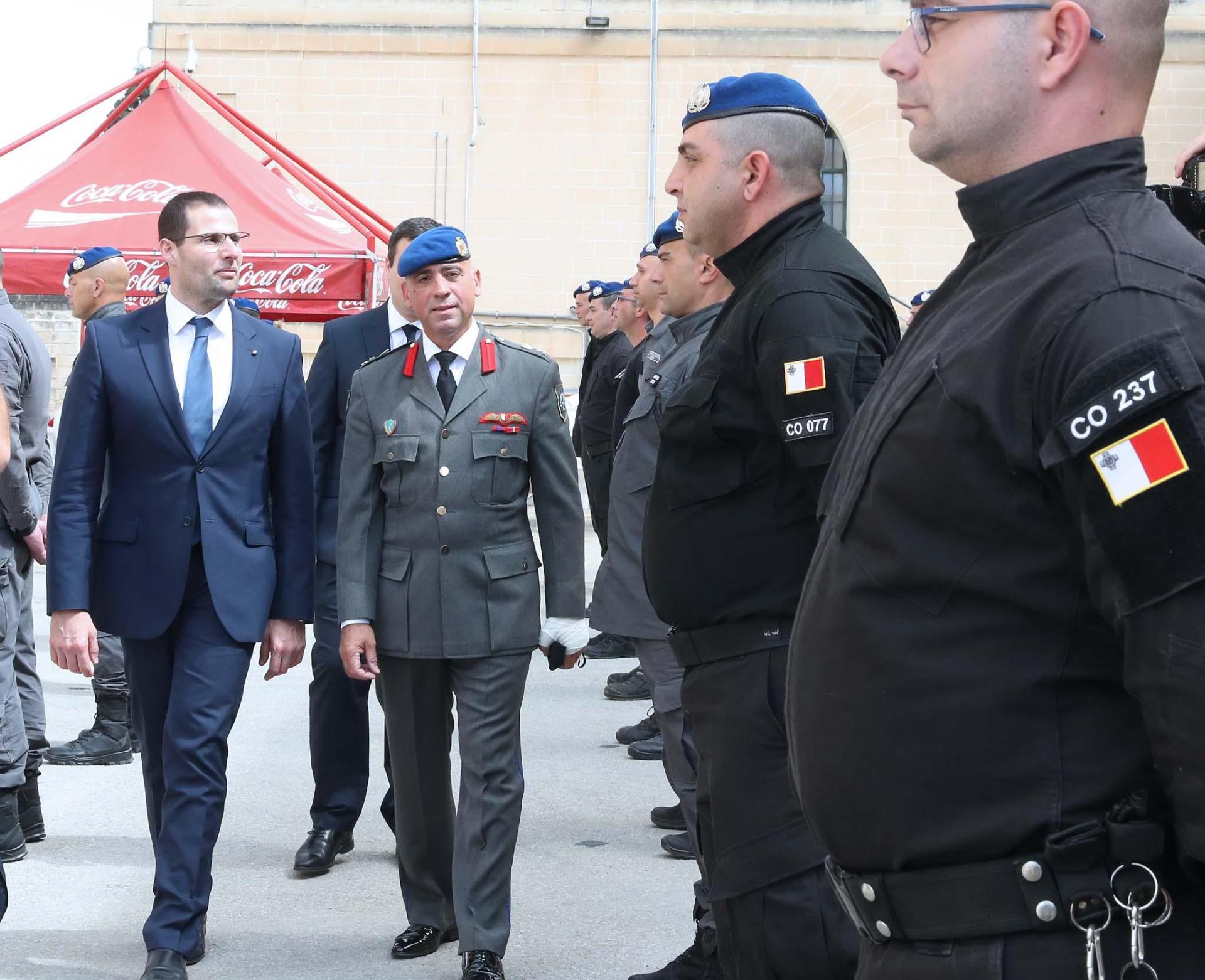 She said an agreement of €500,000 has been signed with the Foundation Mid-Dlam għad-Dawl to provide psychological support not only to prisoners but also to their families.

Dalli has become notorious for his authoritarian methods and the way in which he runs the prison.

He has been heavily criticised about the use of inhumane methods such as a ‘punishment chair’, which is designed to restrain prisoners. Home Affairs Minister Byron Camilleri has defended the prison's "restraint methods" despite images being published showing a contraption similar to those used at Guantanamo Bay.

In the last two years, Dalli claims to have eradicated all drugs within the prison walls, believing that methods such as solitary confinement and loss of visitation rights are necessary to carry it out.

However, former home affairs minister Michael Farrugia had later debunked Dalli’s claim by saying that there were at least 19 drug finds within prison in 2019 alone.

Multiple NGOs as well as newsrooms have also complained of the lack of access to the prison and a constitutional court case has been filed.

Andrew Azzopardi, dean of the Faculty of Social Wellbeing at the University of Malta, said the director’s “insulting act of intimidation” shows disrespect towards both the prisoners and the law itself.

“This is disrespectful towards the police, the judiciary and, generally, people. The director appointed himself as judge, jury and the police, all in one,” he said.