Edward Zammit Lewis got masking rules back-to-front on Tuesday, taking his mask off while telling colleagues “pardon me, but I’ve got a mild bout of the flu”.

The Justice Minister’s somewhat bizarre interpretation of masking rules came at the end of a parliamentary committee meeting concerning a breach of ethics by his Labour MP colleague Rosianne Cutajar.

Zammit Lewis wore a mask for most of the hour-long meeting, taking it off each time he spoke.

But he ditched the small blue piece of fabric towards the end of the meeting, and provided an odd reason for doing so.

“Pardon me, but I’ve got a mild bout of the flu," he told his colleagues towards the end of the meeting, as he set it aside.

Zammit Lewis does away with his mask. Video: Parliament

His explanation prompted a measure of alarm from Opposition MP Therese Comodini Cachia, who immediately suggested that “perhaps it’s best if you keep it on, then”.

But Zammit Lewis was undeterred.

“Oh no, it’s nothing special. Just a running (runny) nose,” he said as he reached for a handkerchief in his pocket. “I’m just trying to do my duty, given the circumstances.”

Masks are intended to reduce the airborne droplet transmission of viruses such as the SARS-COV2 virus that causes COVID-19, or the influenza virus, and several research papers dating back a decade or more have suggested that they could play a key role in reducing the spread of influenza.

Healthcare workers have said that they are seeing a resurgence in influenza numbers this year, following a 2020 dip which they attributed to public health rules introduced due to the pandemic – including rules about mask-wearing. 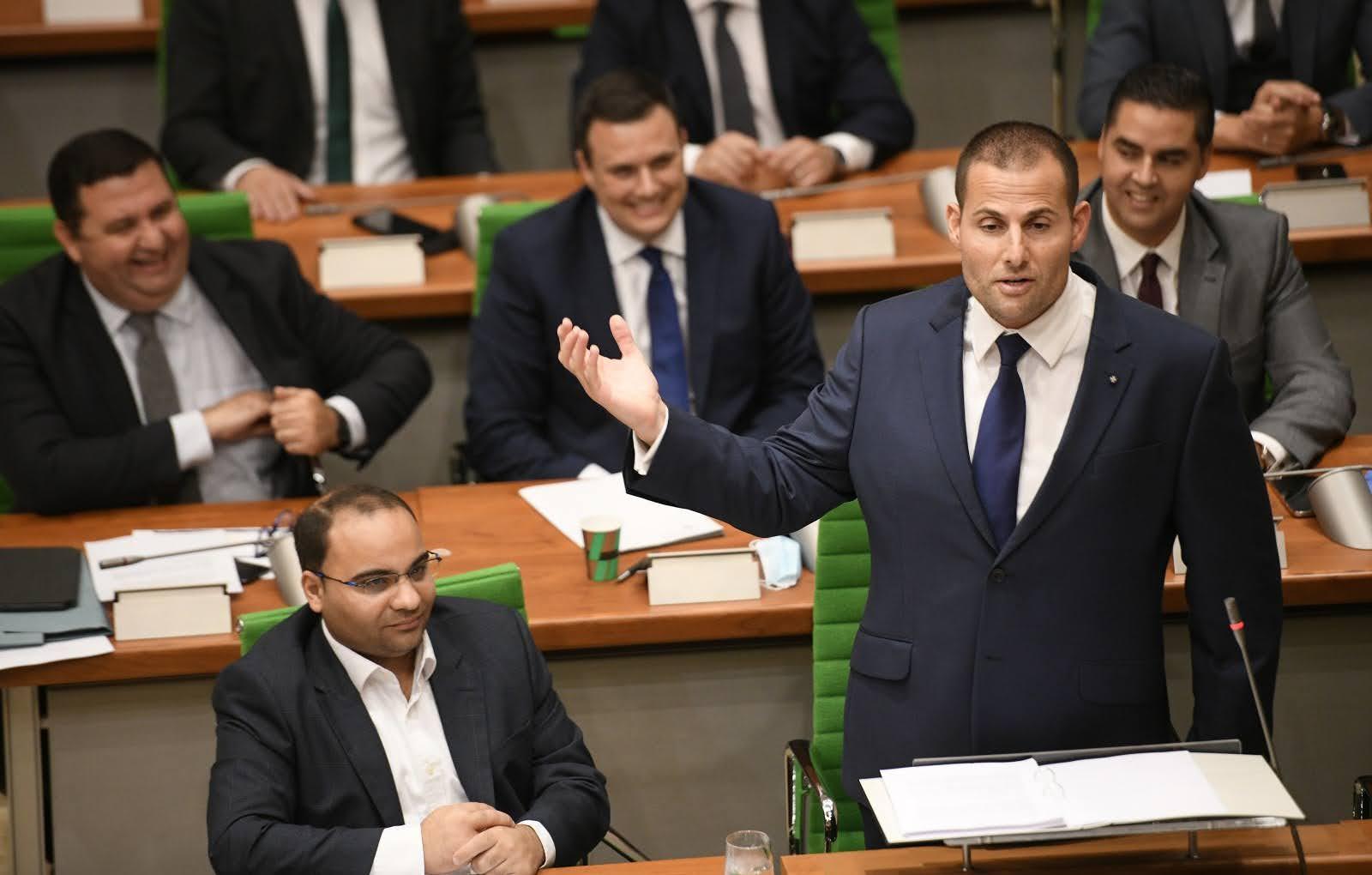 Masks off: smiles on display on the government bench, as Prime Minister Robert Abela speaks in October. Photo: Jonathan Borg

In Malta, masks remain mandatory while in any indoor public space, ranging from hotel lobbies to hospitals, buses, churches, shops or schools. People must also wear masks outdoors if gathered in groups of more than two or if they are outdoors with an unvaccinated person.

But while citizens have been urged to continue to obey pandemic restrictions, many politicians have struggled to lead by example. While Opposition MPs all wear masks while in parliament, the same cannot be said for government MPs.

At the height of the pandemic, Labour Party representatives all wore masks and often appeared in parliament with coordinated face coverings.

But that has changed, and they now regularly do without their masks, even when they are seated and not speaking. Only Chris Fearne and Deo Debattista – both medical doctors – and junior minister Stefan Zrinzo Azzopardi are regularly seen wearing masks while in parliament. 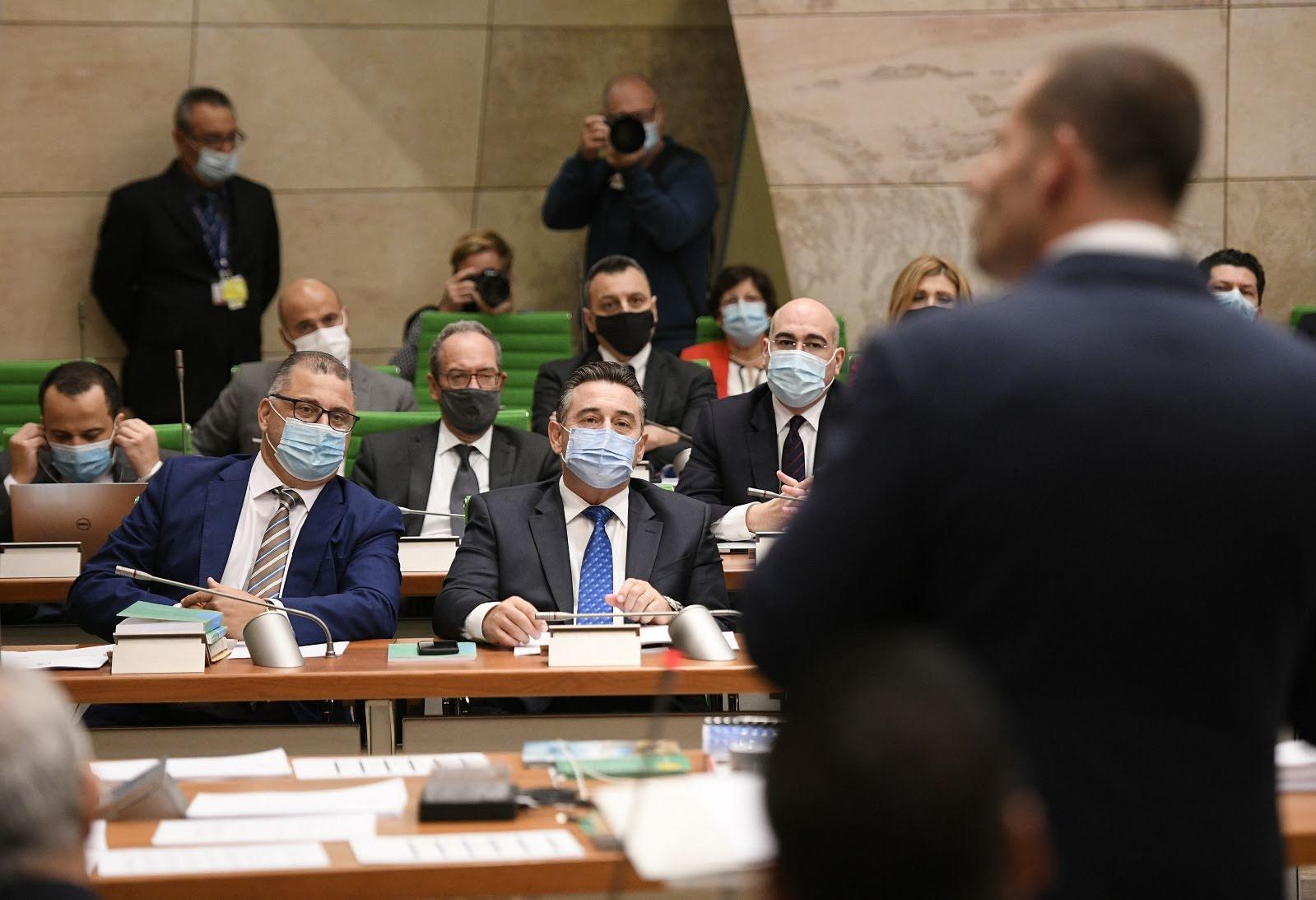 Even parliamentary speaker Anġlu Farrugia does not appear to be a fan of masks, and is never seen wearing one while presiding over parliament.

Despite the ostensibly bad example given by government MPs, public health chief Charmaine Gauci has been reluctant to criticise politicians for not wearing masks during parliamentary sittings, pointedly avoiding answering the question during an episode of her Ask Charmaine show last month.