This is the first article in a two-part series.

I feel it almost a duty to introduce you to an artist who documented Malta profusely during World War II and whose name has been – most unreasonably – deleted from the national memory.

Jack Whitehouse – Jack who? – is now entirely overlooked. Even the monstrously encyclopaedic works by Nicholas de Piro, Albert Ganado and Antonio Espinosa Rodriguez, which meticulously record and document any artist, professional or amateur, soaring or struggling, who had some connection with Malta, fail to as much as footnote him passingly.

I only know about him through a charming 1992 book published in England, which, as far as I could make out, in Malta seems to have passed unobserved. In this book, The Ardwick Boys Went to Malta, author Robert A. Bonner included over 70 line drawings showing wartime Malta sketched by Whitehouse throughout his long stay on the island during the most dire period of the war. 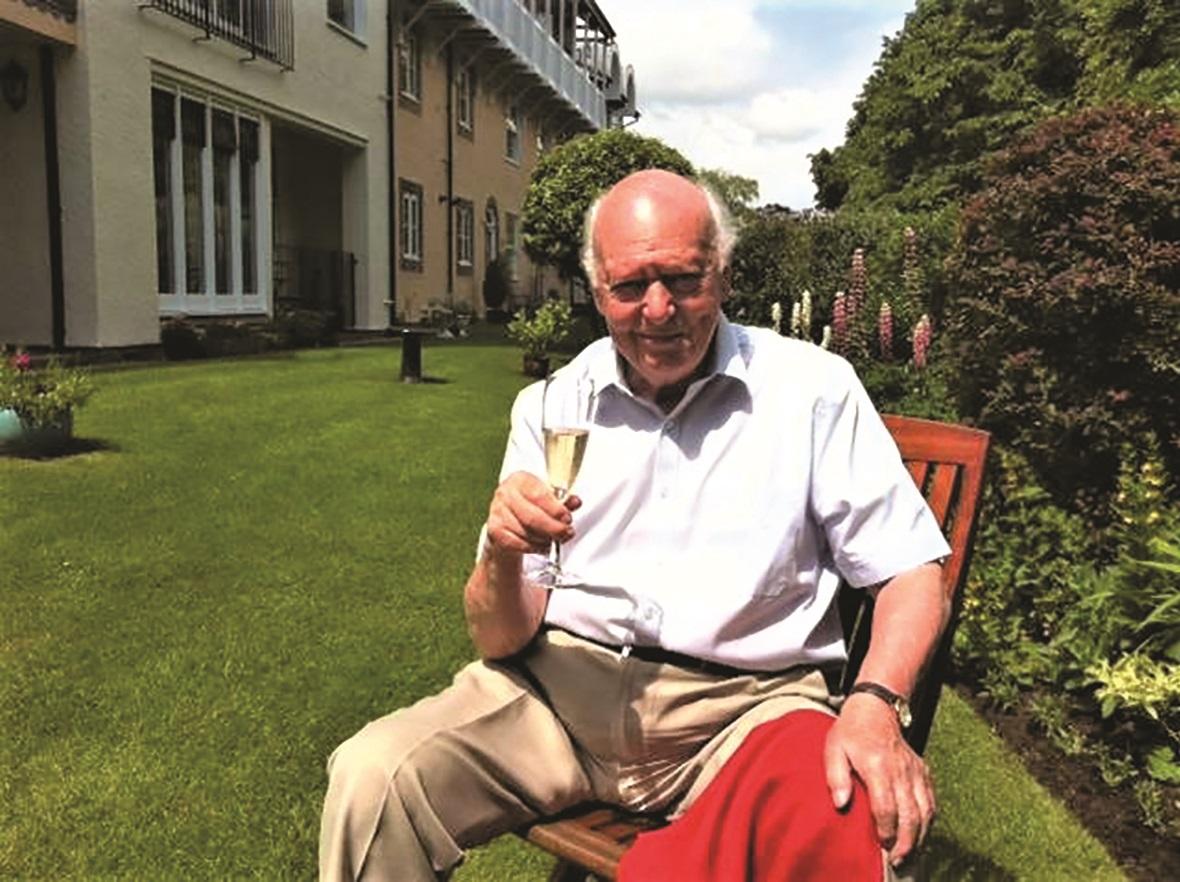 This discovery goes hand in hand with a confession: my total failure to obtain more information about Whitehouse. Not through lack of trying. I explored every possible avenue. I first attempted to contact the publishers, even to iron out copyright issues, if any, only to discover that the publishing house has stopped trading.

Aware that many British regiments have proud museums and archives, I got in touch with the Tameside Local Studies Library and with the Manchester Register Forum. Though everyone responded with embarrassing courtesy, I failed to elicit any information at all. 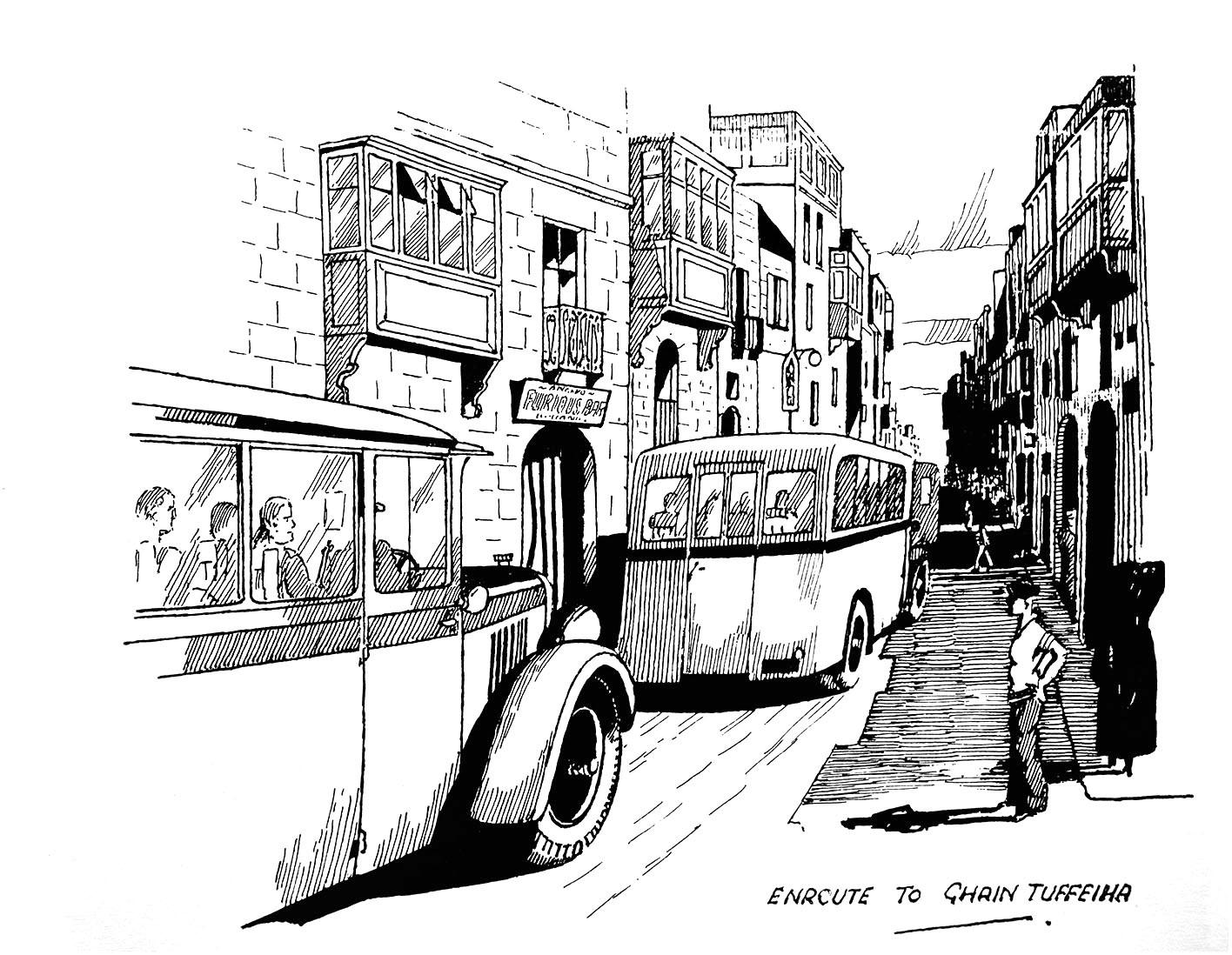 The Quartermaster section within a military unit is mainly responsible for the procurement and distribution of all supplies required for the efficient functioning of that unit, including arms, ammunition, fuel, clothing and food.

World War II memoirs, mostly written by British servicemen stationed in Malta at the time of the hostilities, abound. Like most other authors, Captain Bonner recounts, in a pleasant diary style, the life, duties, adventures and mishaps of the 8th ‘Ardwick’ Battalion of the Manchester Regi­ment during its protracted stay bet­ween May 1940 and August 1943. His interest lies almost exclusively in the military narrative of the Malta siege. He does not seem to have been present in Malta with the battalion but relied heavily on the diaries Colonel Philip Wilson placed at his disposal. 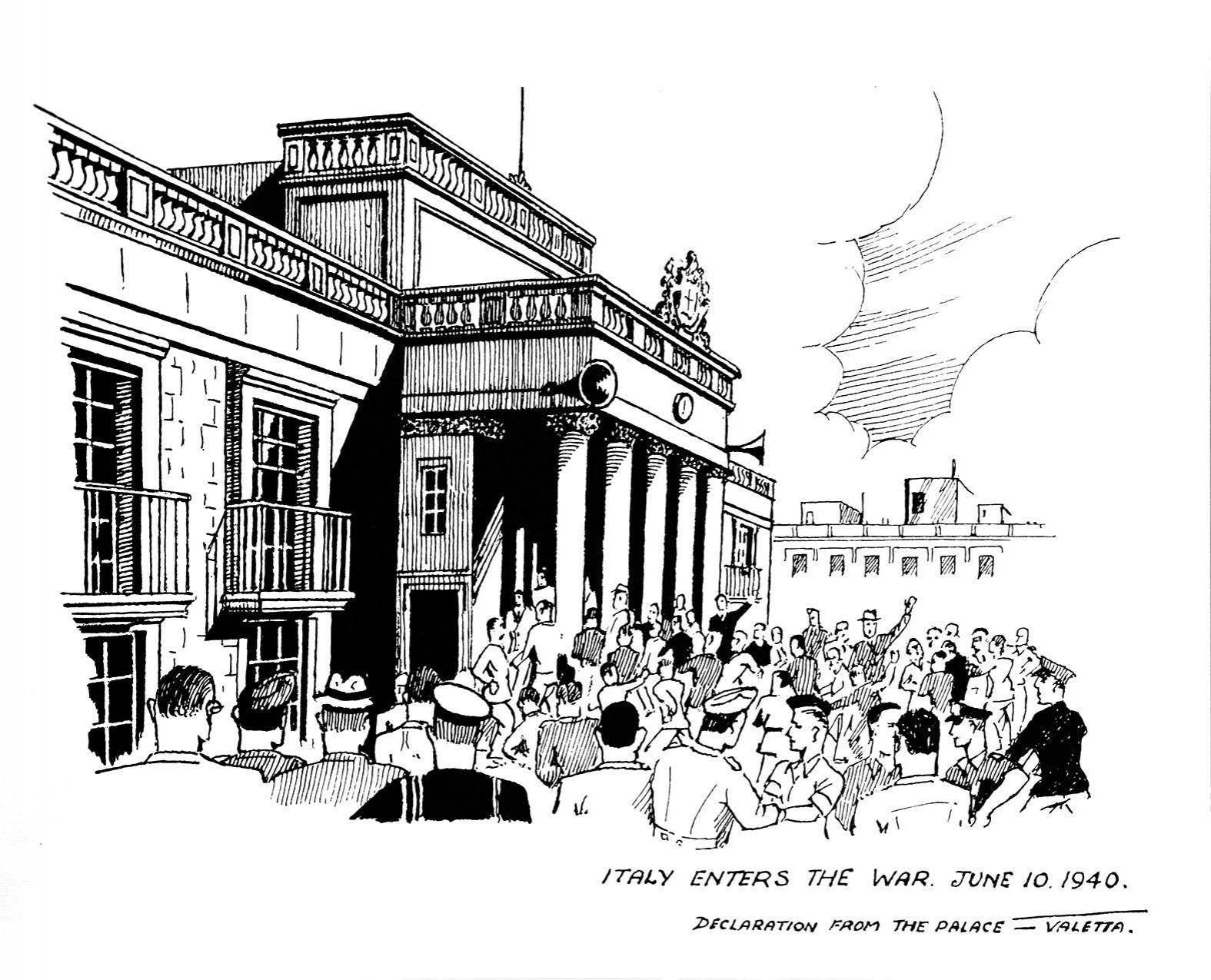 Bonner, born 1928, an army officer who retired in 1961, authored 12 books on British military history and received an MBE on the 2014 Queen’s Birthday List.

The book contains plenty about what the Ardwick Battalion did and suffered in Malta but virtually nothing at all about Malta and the Maltese. It is as if the British garrison had been billeted in a desert island, uninhabited by any other form of human life. I don’t believe a single Maltese is mentioned, let alone mentioned by name, except for Carmelo Borg Pisani’s “first death sentence for espionage since British rule in Malta”. 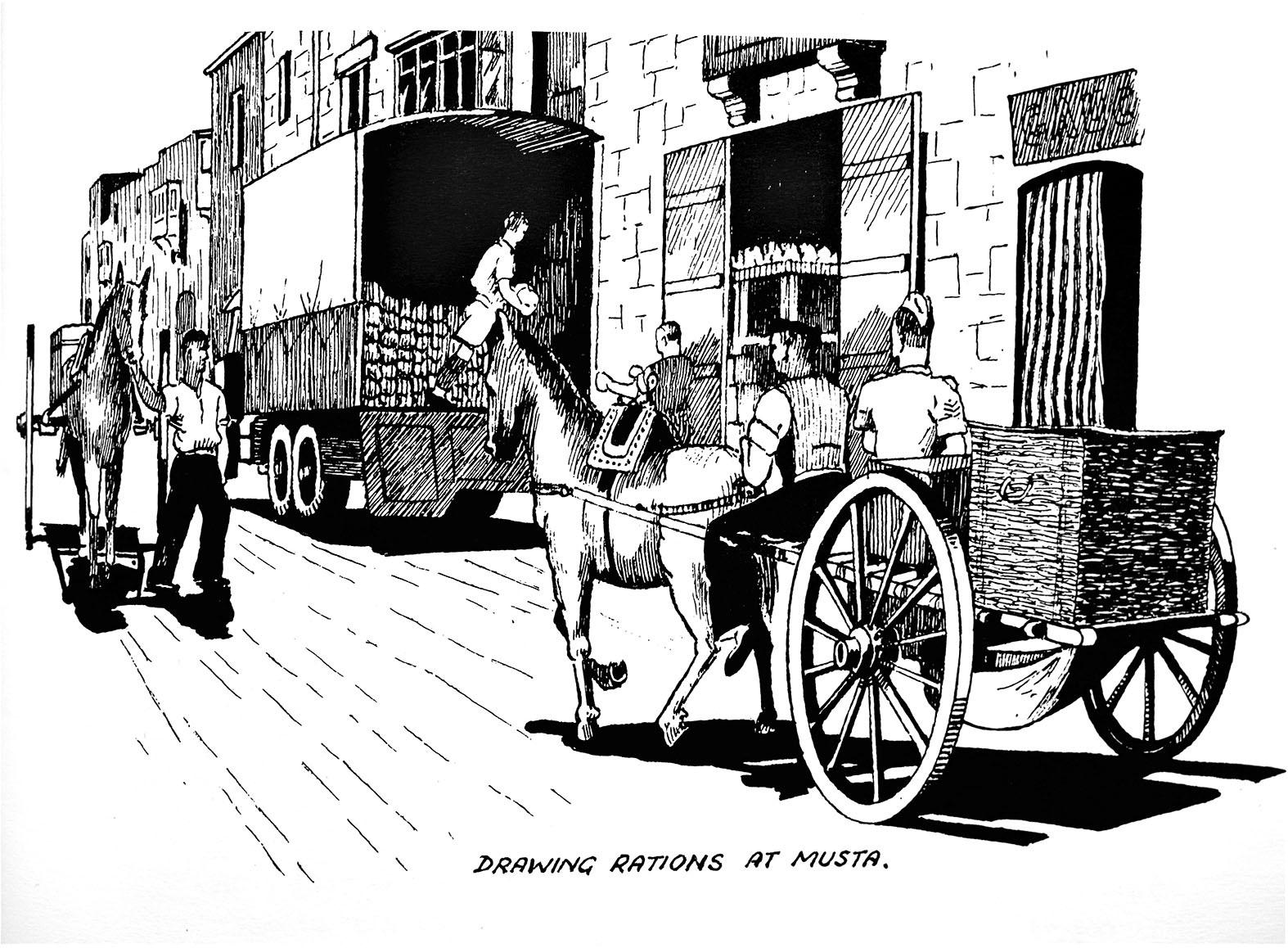 Infantry battalions serving in Malta were sent successively to Gozo, for six weeks’ stretches, to train and tone up. Not one locality in Gozo is recorded by name, nor is a single Gozitan inhabitant referred to, even anonymously. The islands, as far as Bonner was concerned, could be certified free of vermin and natives.

Bonner need feel no remorse for blotting the aborigines out of their native land. He is in good company. Most of the several servicemen who, like him, took it upon themselves to write about life in wartime Malta, saw the rock almost exclusively as the playground of gallant British officers, unsullied by the shadows of indigenous communities. 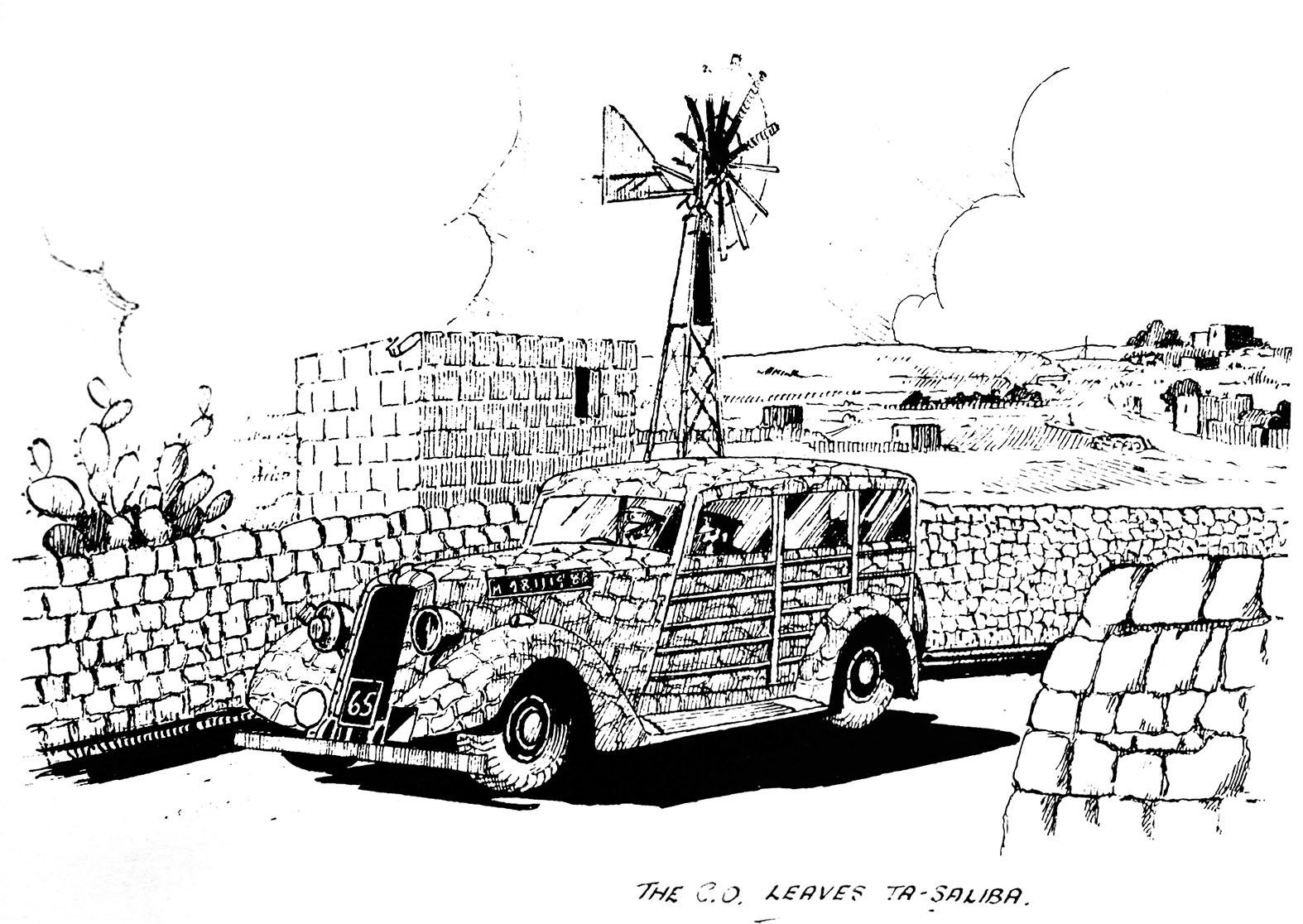 While in Malta, the British servicemen kept constantly on the go. They fulfilled various valuable or essential functions. Belonging to infantry ground forces, they saw very little action but made themselves useful in the construction of aerodromes and filling in bomb craters in runways round the clock. They loaded bombs on aircraft, acted as steamroller drivers, bricklayers, liaison officers and controllers, mostly in or around RAF aerodromes, stoically and uncomplainingly carrying out their tasks under massive visitations of bombs rained on them by the Fascist Regia Aeronautica and the Nazi Luftwaffe. One officer and 14 soldiers lost their lives in Malta and were variously buried in Pembroke, Mtarfa, Pietà and Buqana, limits of Rabat. 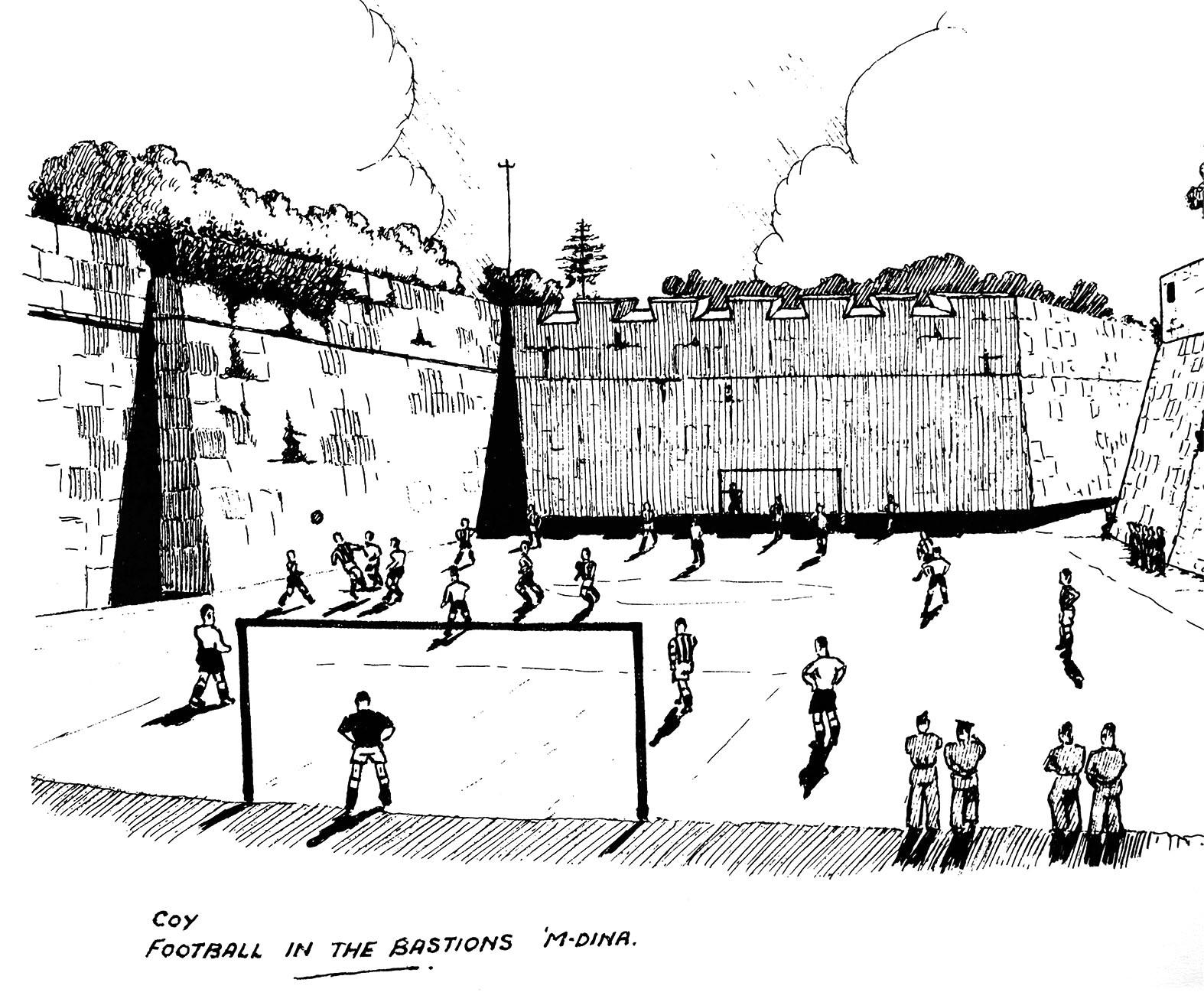 The author would like to thank Susan Essex, Judge Joe Galea Debono and Major Ray Miller.

Part 2 will be published next week.