Jason Azzopardi has been accused of lying by Yorgen Fenech's mother, after the lawyer and Nationalist Party MP swore on Facebook that he had never met her son.

Azzopardi wrote on Facebook that he swore he had never met Fenech, the businessman accused of complicity in the murder of journalist Daphne Caruana Galizia.

"I pity the person who believes you," she said.

Fenech told Times of Malta that Azzopardi was among the guests at Fenech's 2009 wedding. 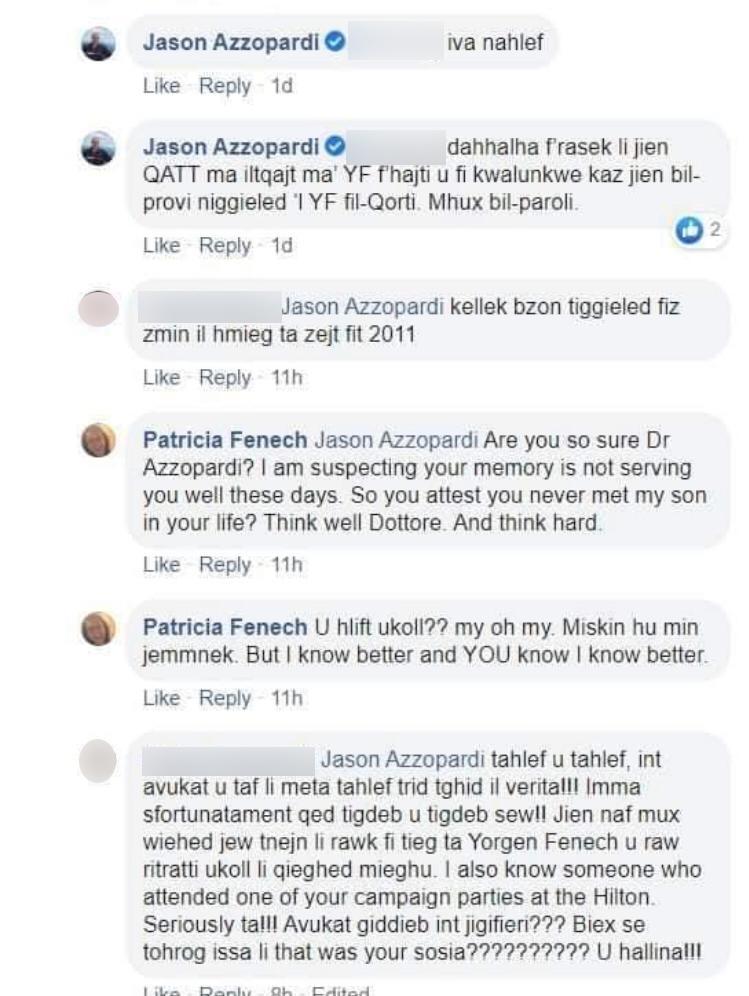 The exchange on social media.

"Probably no one realised that it was Yorgen's wedding," she said.

"I hate liars and when I saw him state under oath that he never met or knew Yorgen, I was mad."

A photo doing the rounds on social media showed a younger-looking Azzopardi conversing with a man resembling Fenech.

When asked to confirm or deny that he had attended Fenech's wedding, Azzopardi said he could not remember.

"I used to receive an average of 90 wedding invites every year, [and] which I used to make it a point to attend a little each one," he told Times of Malta.

Azzopardi said that the photo doing the rounds was taken "many, many years ago" and that he had no recollection of it.

"Moreover, at that time so many years ago, Yorgen Fenech was a nobody. He knew who I was, but I did not know who he was."

Writing on social media, the MP and lawyer said that "Labour and [Adrian] Delia trolls... are working in tandem to tarnish my reputation".

Fenech was arrested last November as he was about to leave Malta on board his luxury yacht. He was charged complicity in the October 2017 murder but denies the accusations.

Azzopardi, a lawyer by profession, is representing the Caruana Galizia family in proceedings against Fenech.

He has been an MP since 1998 and served as parliamentary secretary for Lands and Small Business Minister in the PN's 2008-2013 administration. 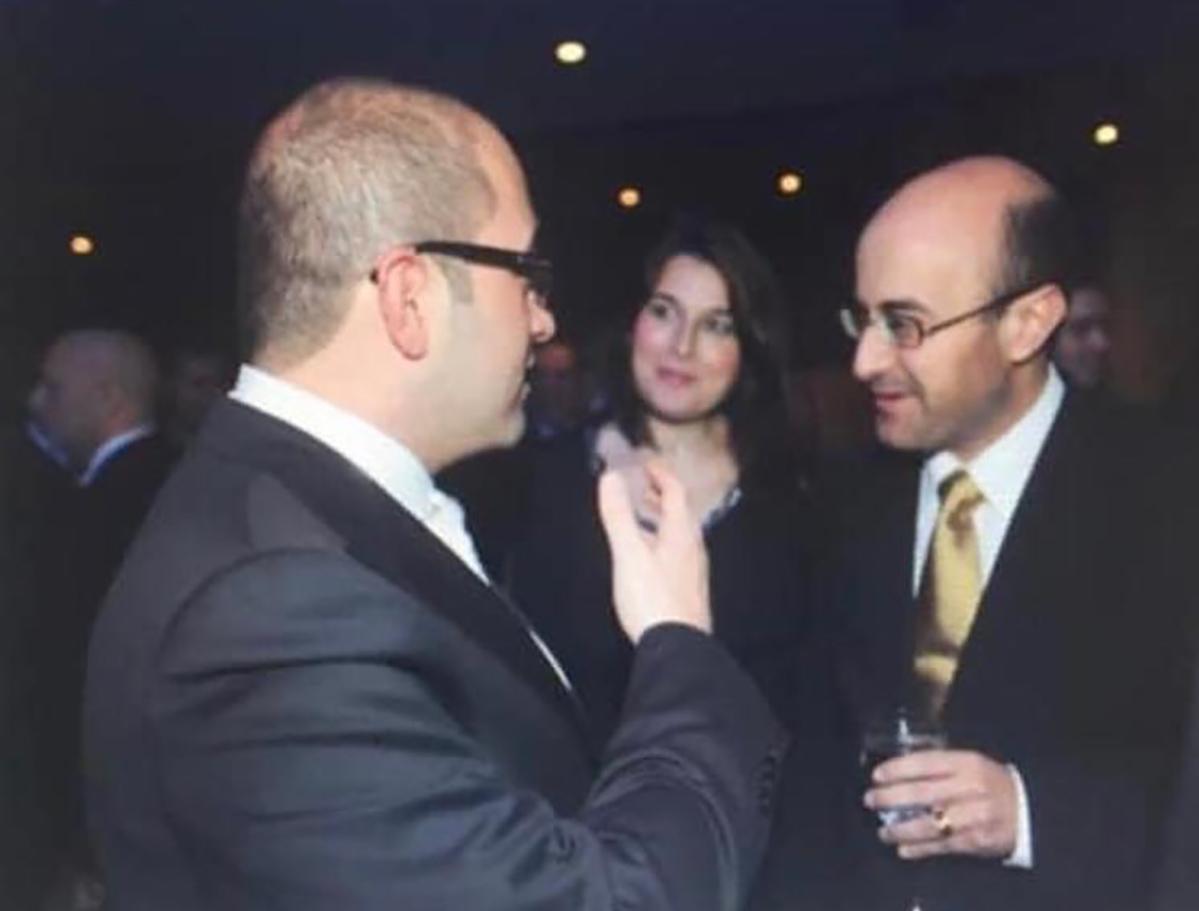 A photo doing the rounds on social media showed Azzopardi (right) chatting with a man resembling Yorgen Fenech. Azzopardi said the photo was "from 2010" but did not elaborate.

Past meetings between politicians and the alleged mastermind have made headlines in recent months.

PN leader Adrian Delia faces allegations that he accepted a bribe to stop David Casa from being re-elected in the European Parliament. He denies that claim.

Delia also faced a revolt among his own MPs after Times of Malta revealed that he had exchanged messages with Fenech and been invited to dinner with him after Fenech was exposed as the owner of secret company 17 Black.

Azzopardi is among the PN MPs pushing for a new leader, and on Friday Delia filed a judicial protest against his MP over election bribe claims.

Delia says that Azzopardi, who is PN spokesperson on justice, was spreading “defamatory and false allegations” about him through text messages.

Azzopardi stood by the comments he made on Facebook, filing his own counter-protest on Saturday.