A document issued by JobsPlus shows Melvin Theuma, the middleman in the Daphne Caruana Galizia murder plot, was employed by a government-owned company as driver/messenger.

Mr Theuma's employment history was uploaded by Xarabank a few hours after the Principal Permanent Secretary, Mario Cutajar, said in a statement that Mr Theuma was not among persons employed in the public service.

The employment history shows that Mr Theuma was employed with the government-owned Housing Maintenance and Embellishment Company from May 1, 2017, the day Prime Minister Joseph Muscat called an election. 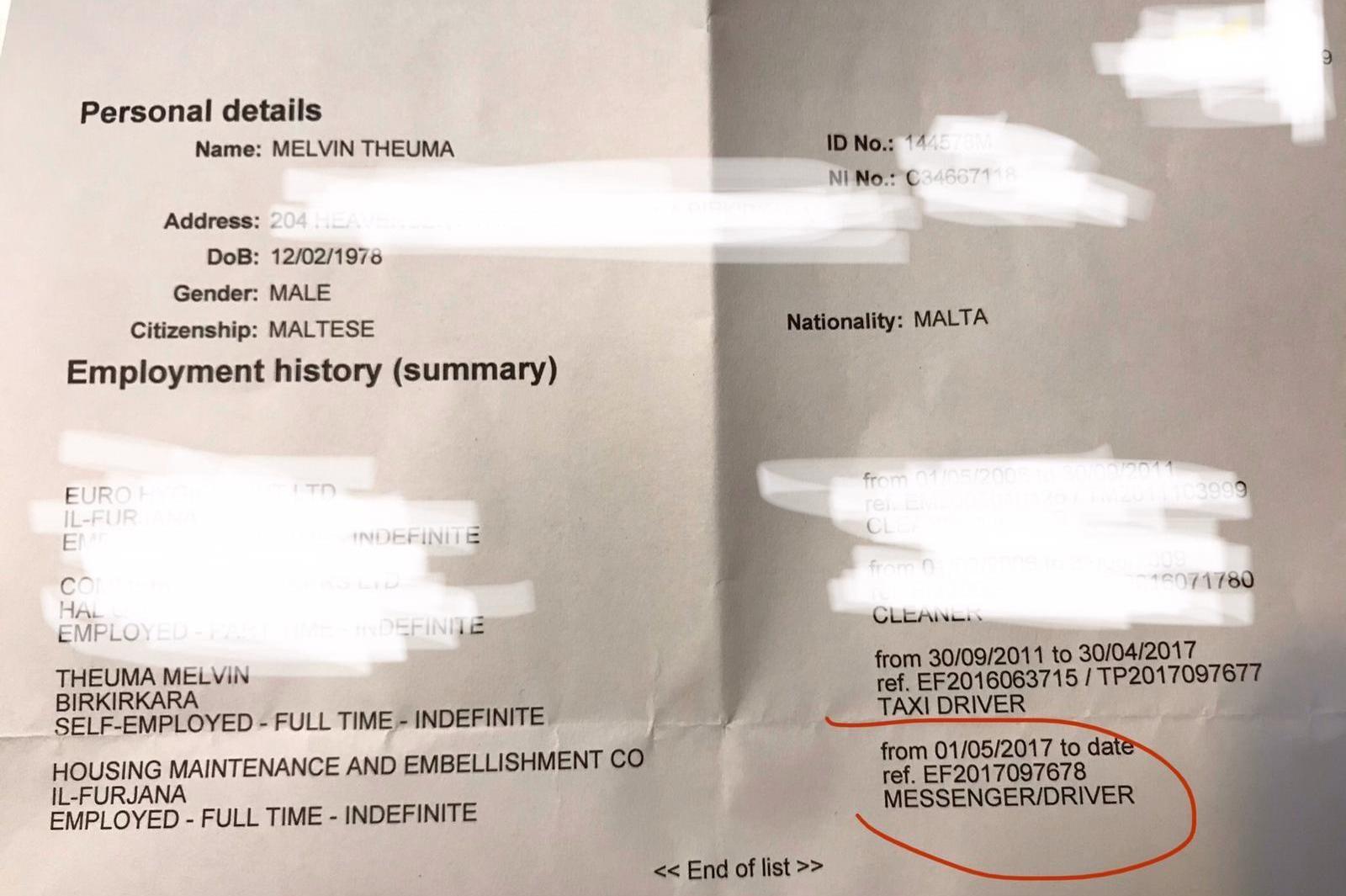 Mr Theuma wrote in a letter revealed by Times of Malta on Tuesday that he was given a government job by Keith Schembri, the prime minister's chief of staff.

On Wednesday, Mr Theuma also testified in court that he said he was given a job by Mr Schembri and Sandro Craus, the OPM's head of customer care, "at the ministry opposite the old theatre".

The Social Policy Ministry is located there and the Housing Maintenance and Embellishment Co Ltd falls under its remit.

Mr Theuma said he used to receive a cheque every month but never actually reported for work. The payments stopped after the 2017 election.

According to the government website, the company is chaired by George Meli and has Gavin Gulia, the former tourism minister and current chairman of the Malta Tourism Authority as board secretary. 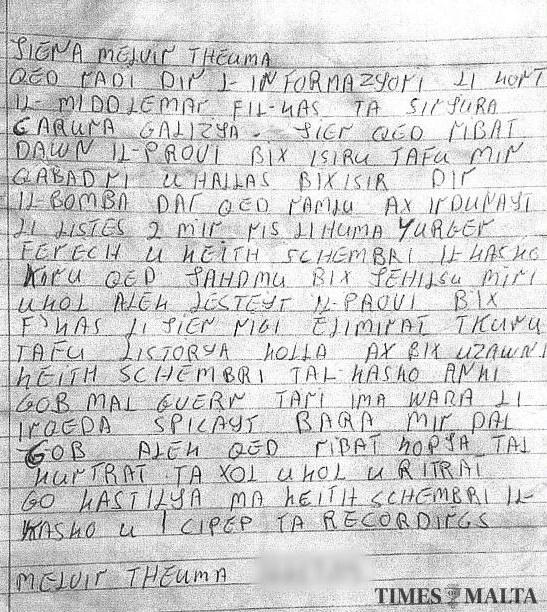 Mr Theuma said he began to receive a monthly cheque for this job, even though he never reported to work.

“I had told them I was a taxi driver,” he recounted. The cheques stopped arriving after the June 2017 election.