Former gaming regulator Joseph Cuschieri accepted a free trip to Las Vegas funded by Tumas magnate Yorgen Fenech while he was a witness in a lawsuit over an alleged ‘illegal’ extension he oversaw of a concession for Tumas Gaming to operate the Portomaso casino.

The lawsuit revolves around a claim by Tumas business rivals Dragonara Gaming that the 10-year concession for the Portomaso casino granted in 2006 was effectively extended by the government without a public call in breach of European Union law, by virtue of the Malta Gaming Authority (MGA) deciding to renew Tumas Gaming’s licence to run the casino in August 2016.

At the time of the extension, Cuschieri headed the MGA, and Edwina Licari, who was also on the Las Vegas trip, was the regulator’s legal counsel.

The pair moved on to similar roles at the Malta Financial Service Authority, from which they are currently “self-suspended” following the Vegas revelations by Times of Malta.

Cuschieri had told Times of Malta that Fenech invited him on the Las Vegas trip to “advise on regulatory matters” as he was considering undertaking an investment.

Court filings show that at the time of the May 2018 trip, Cuschieri was still in the process of testifying in the lawsuit brought against the MGA, as well as the ministries responsible for finance and competitiveness.

His testimony explaining the decision to renew the Tumas Gaming licence continued just one month after the jaunt to the luxury casino hotel Caesars Palace in Las Vegas with Fenech, who was Tumas Gaming’s CEO.

At the time, Tumas Gaming was not a party to the lawsuit, but it has since been brought in.

Dragonara Gaming claim in the lawsuit that two months prior to the licence renewal they had flagged their suspicions to Cuschieri that the MGA was going to renew the licence without the government first issuing a public call for bids on the concession upon its expiry in August 2016.

In his testimony prior to the Vegas trip, Cuschieri justified the licence renewal, arguing Tumas Gaming ticked all the necessary boxes for it to be renewed and had a valid concession dating back to August 2006.

Cuschieri said the MGA’s legal interpretation was that as soon as the licence is renewed, the concession is also renewed.

Dragonara Gaming’s legal team argued that this interpretation meant the concession was indefinite so long as Tumas Gaming abided by its licensing requirements.

An ‘ignored’ letter that Cuschieri was copied into was sent by Dragonara Gaming to Finance Minister Edward Scicluna in August 2016, demanding he halt the MGA from issuing the new licence as no public call had been issued for the concession upon its expiry.

Contacted by Times of Malta, Cuschieri said that when Tumas Gaming applied for the renewal of the Portomaso Casino licence in 2016, they satisfied all the necessary legal requirements, including the holding of a valid concession issued in 2006.

“It is not appropriate for me to provide specific details on the concession and licence held by Tumas Gaming Limited in view of my professional secrecy obligations as well as the fact that the court case instituted by Dragonara Gaming Limited is still ongoing.

“Since I no longer represent the MGA, you may wish to direct any further questions on the matter to the Malta Gaming Authority,” Cuschieri said.

Asked whether he stuck to his position that the Las Vegas trip did not constitute a conflict of interest, considering the ongoing case by Dragonara Gaming and the fact that he was still testifying in it at the time,  Cuschieri said: “My testimony was regarding a decision taken by the MGA in 2016.

“Hence my testimony was reflective of the actions back then based on facts which are easily verifiable.”

He added: “It is pertinent to point out that after my departure from the MGA in April 2018, I was called in as a witness (not as party) in the case.”

However, court documents show Cuschieri was first summoned as a witness in July 2017 but failed to turn up due to having “another engagement”. 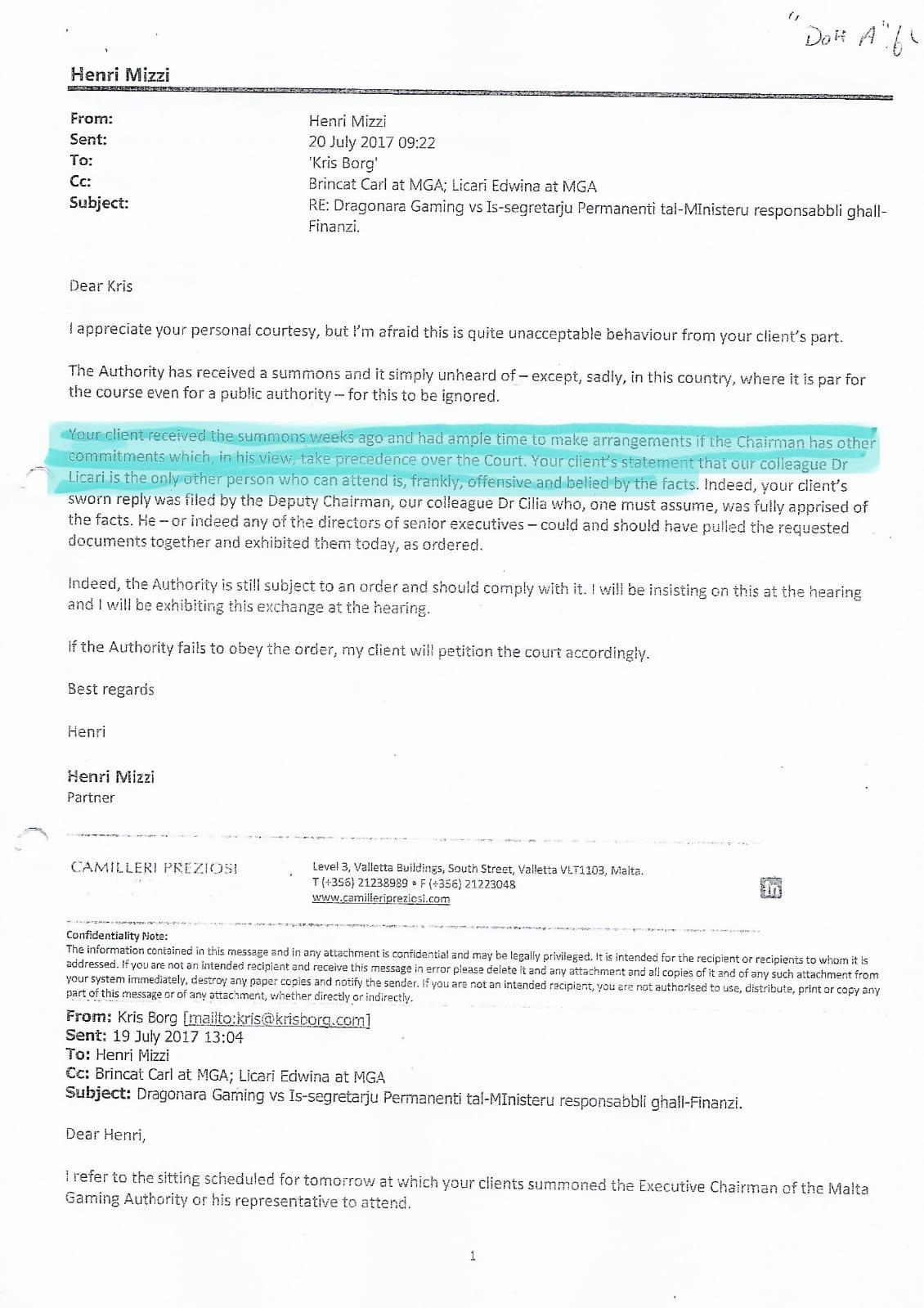 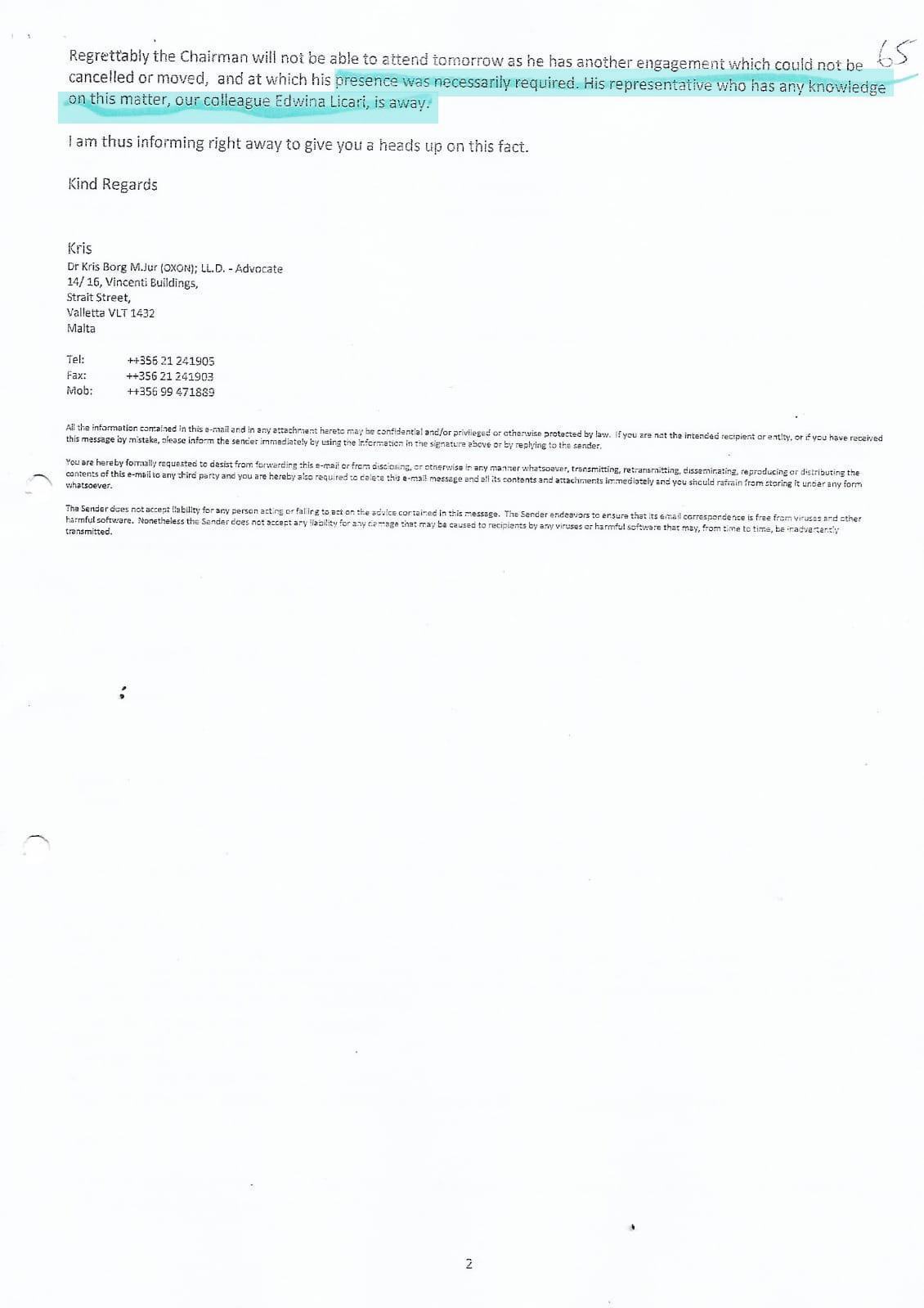 He first took to the witness stand in February 2018.

Tumas director Ray Fenech said when contacted by Times of Malta that the casino concession dates back to an extension granted by a previous administration in 2006 and is currently being discussed in a court case.

“As a result, Tumas Group is not in a position to comment any further.”

The then Nationalist government had taken the controversial decision to ‘split’ the original concession for Tumas to run the Oracle casino into two, allowing them also the Portomaso casino.

Dragonara Gaming last year benefitted from a 64-year extension to the lease of the Dragonara property without a public tender, thanks to a motion put forward by then economy minister Chris Cardona which was unanimously approved by parliament.