Cutajar is alleged to have acted as a pro­perty broker on a promise of sale agreement for Fenech to buy an Mdina house for €3.1 million in May 2019.

The deal allegedly saw her pocket €46,500 in cash, which she is said to have been given before the final deed of sale was signed.

No specific reference to the cash payment was made in Cutajar’s 2019 asset declaration to cabinet.

Contacted for comment, Cutajar did not reply to a series of questions about the alleged cash payment. Instead, she sent Times of Malta a copy of a legal letter allegedly sent to the Mdina property owner last October, disputing his claims for a refund. The property owner’s lawyer, Pierre Lofaro, said he never saw this letter.

Cutajar published a copy of the letter on Sunday on her Facebook page and said she had always acted ethically.

Times of Malta is informed that Cutajar had accompanied Fenech during an initial viewing of the imposing Mdina home on May 9, 2019. Two sources said phone chats exist between the pair discussing the Mdina property, in which it is described as a good deal.

However, the agreement had to be extended several times as Fenech, at the time the head of the multi-million Tumas business empire, said he needed time to secure a loan from Bank of Valletta.

The deal with Fenech eventually fell through after the mogul was arrested on November 20, 2019. The final extension to the promise of sale agreement was due to be signed on the same day that Fenech was escorted off his luxury yacht and taken into police custody in connection with Daphne Caruana Galizia’s murder.

Cutajar had already received her brokerage fee by that point, sources say. 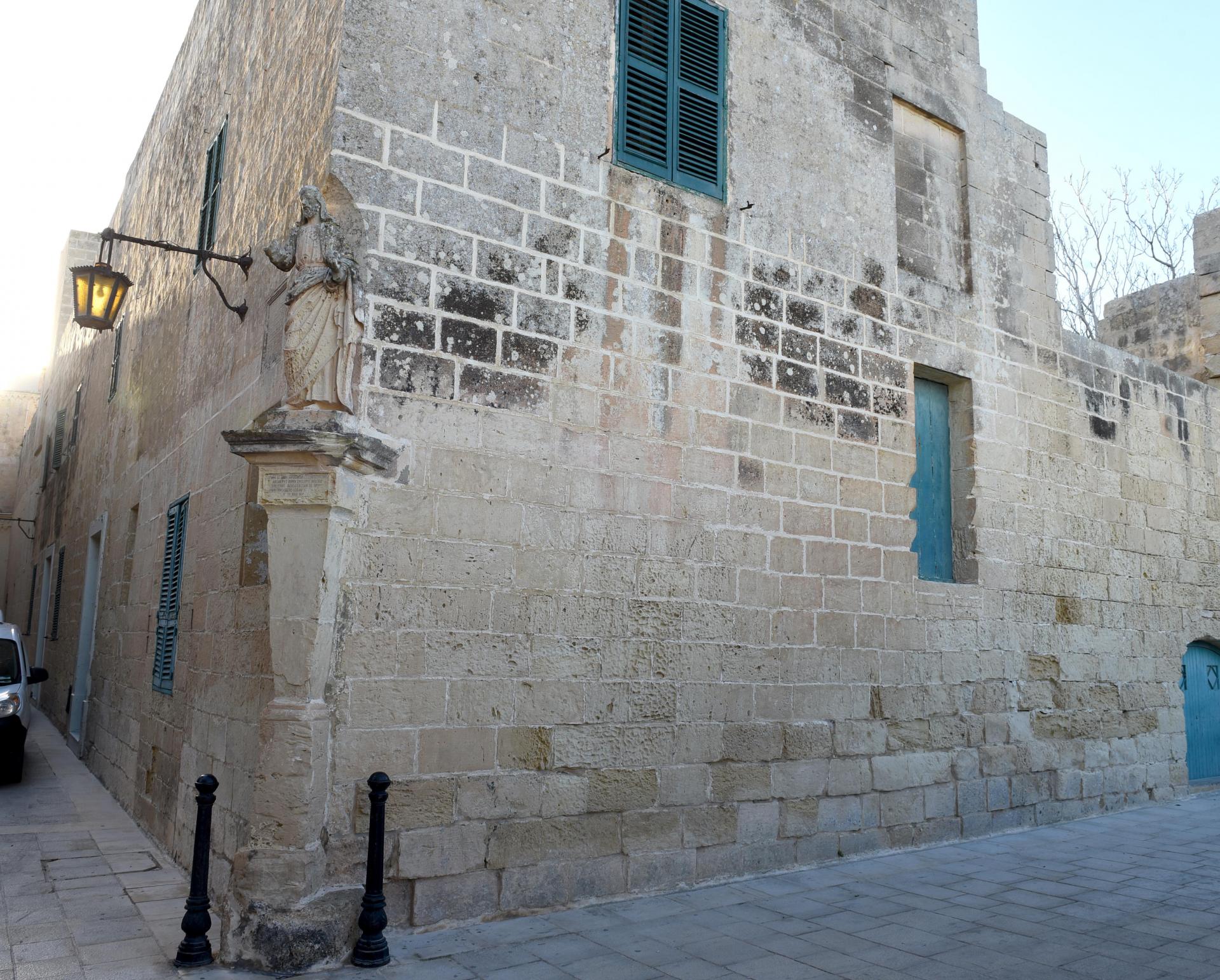 The house on Triq is-Salvatur, Mdina, which Fenech had committed to purchase from Camilleri. Photo: Chris Sant Fournier

It is understood that Joseph Camilleri, who owns the Mdina property, had met Cutajar and her associate Charles Farrugia, known as it-Tikka, in Valletta before the sale was sealed.

Sources said Cutajar picked up Camilleri and Farrugia in her official chauffeur-driven government car and took them to a restaurant in Valletta’s Marsamxett harbour.

There, Camilleri is alleged to have paid Cutajar and Farrugia €46,500 each, in cash, handing the junior minister a small bag with the commission inside.

When the deal fell through, Camilleri sought to recoup the brokerage fees. He sent Cutajar a legal letter through his lawyers last July urging her to repay the funds, which he insists were only meant to be kept if the deal went through.

Camilleri also sent Farrugia a similar letter seeking reimbursement, which he says he never received. Farrugia is understood to have been the one to have put Cutajar in touch with the Mdina property owner, telling him that the young Qormi politician had a “big businessman” who was interested in the property on Triq is-Salvatur.

Farrugia has not responded to questions sent two weeks ago. 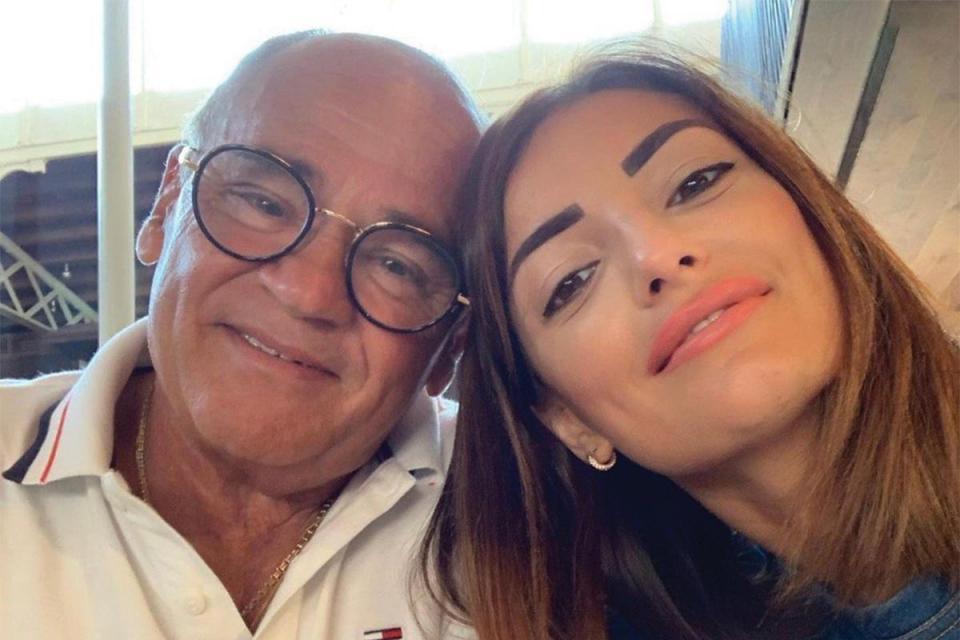 Camilleri is understood to have paid Cutajar and Farrugia their brokerage fees using money from the down payment that Fenech made to secure the promise of sale. At that point, Fenech had already been exposed as the owner of secret company 17 Black.

Fenech had already been exposed as the owner of 17 Black

Times of Malta is informed that Fenech paid €300,000 to the property owner as part of the terms of the promise of sale agreement. The funds were handed over, in cash, to the seller at Fenech’s Portomaso office.

The promise of sale also says that the broker is to also receive €30,000 from the purchaser.

An indirect link to Daphne inquiry

The promise of sale agreement over the Mdina property was actually signed between Fenech and a company called Green Eyes Ltd.

Although Camilleri is the ultimate beneficial owner of the company and was present during the signing of the promise of sale, he was represented by his lawyer Pierre Lofaro, who operates the company on his behalf.

Lofaro is the husband of judge Abigail Lofaro, a member of the three-person board of the Caruana Galizia public inquiry. 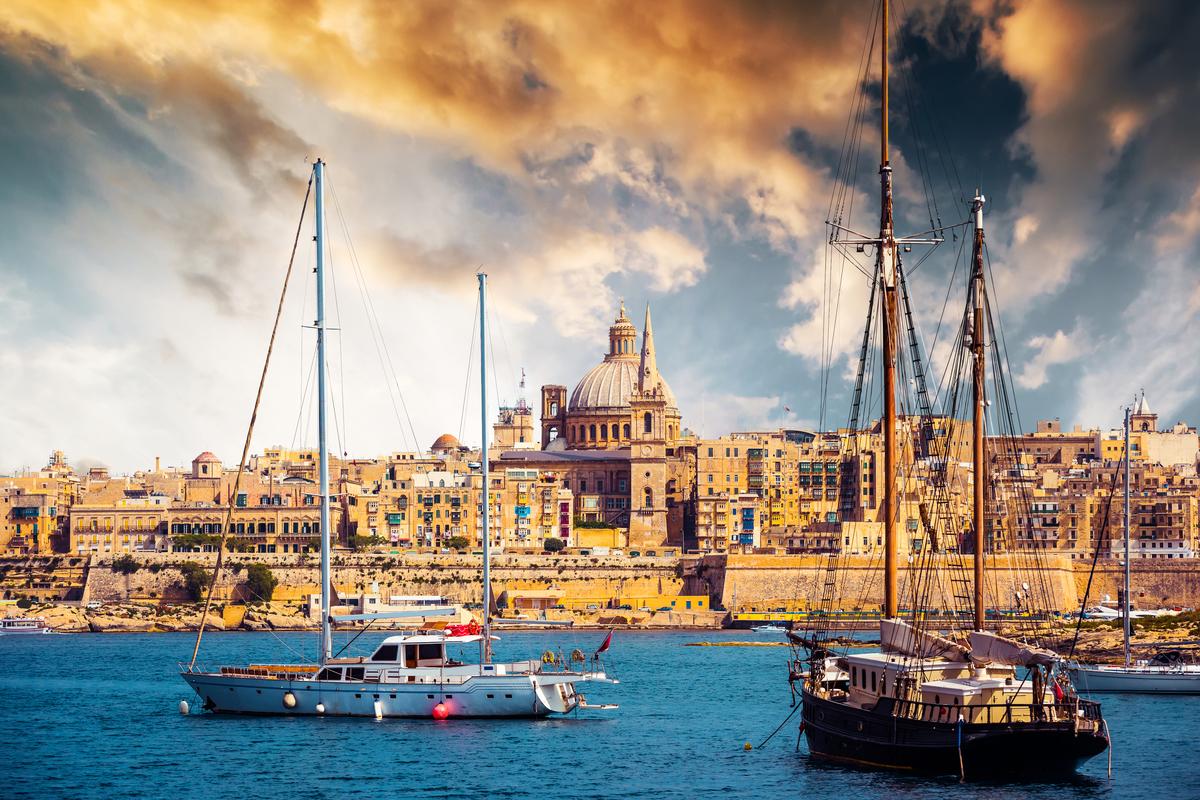 Valletta's Marsamxett: Cutajar and Farrugia are alleged to have received their brokerage fees in cash at a restaurant in the harbour. Photo: Shutterstock

Contacted for comment, Lofaro first asked to confer with his client before he was authorised to comment. He then confirmed that he had sent the letter demanding that Cutajar and Farrugia reimburse the funds to his client.

Lofaro said it was he who had halted the deal with Fenech the day he was arrested in November 2019 in connection with the Caruana Galizia case. The lawyer also said he resigned his position as director of Green Eyes Ltd when his client began chasing the two alleged brokers for the brokerage fee.

Public filings for Green Eye Ltd show Lofaro resigned as the company’s director in January 2020. He continued to act as the company’s legal advisor and sent a legal letter to Cutajar and Farrugia in July 2020 asking for the brokerage fee to be repaid.

Before stepping down from the company, Lofaro had taken the matter to the courts on behalf of his client.

Documents seen by Times of Malta show the lawyer had filed a judicial letter on behalf of Green Eyes Ltd asking Fenech to sign the final deed.

This was sent in October 2019, just four weeks before the businessman was arrested.

Although the sale to Yorgen Fenech fell through, the Mdina property still ended up in the Fenechs’ hands.

When Camilleri was negotiating to sell the property to Fenech, he was not yet the actual owner. (Camilleri is not the same Joseph Camilleri who had lived in the property with his family until 2017.)

Times of Malta understands that at the time, Camilleri had promised to buy the property from the real owner, a Chinese IIP client represented by Henley and Partners.

When his deal with Fenech fell through, he secured a €1.2 million loan from Fenech’s uncle, Ray, and purchased the property.

Sources say the property was sold to Ray Fenech for €1.7 million a short while later.

May 14: Camilleri and Fenech sign a promise of sale on the property. Fenech pays Camilleri a €300,000 cash deposit.

Some days later: Camilleri meets Cutajar and it-Tikka, paying them €46,500 each as a brokerage fee.

August 8/9: Date of final sale. The contract is not signed.

October 5: Another extension to the promise of sale period.

October 30: Another extension to promise of sale period.

November 15: Three judges are appointed to oversee a public inquiry into the assassination of Daphne Caruana Galizia. Abigail Lofaro is the government's nominee.

November 19: Yorgen Fenech is arrested aboard his yacht. The final extension date to the promise of sale lapses with no signatures.

March 2: Camilleri texts Tikka to meet with Cutajar and discuss the return of the brokerage fees. The meeting never takes place.

July 9: Lofaro sends a legal letter to Cutajar and Tikka, urging them to pay his client back for the “Mdina property” deal.

October 6: Cutajar sends a legal reply to Lofaro through lawyer Edward Gatt, denying that she is involved.  Lofaro says he never received this letter.