Sources close to the office of Prime Minister Robert Abela said that Dr Caruana had been requested to resign and she submitted her resignation.

She is, however, staying on as a Labour MP.

Dr Abela, speaking in parliament on Monday, confirmed he had received the minister's resignation. He accepted it and thanked the minister for her work.

In a statement later, the government said that in her resignation letter, the minister said she was resigning in view of the press reports although she insisted she was "totally extraneous" to what had been reported and she had "no connection to the facts".

The minister said that she had always discharged her duties loyally and correctly and she, therefore, asked to be allowed to protect her name in view of her children.

The prime minister in his reply thanked the minister for her useful work for Gozo and earlier as parliamentary secretary for the elderly and as an MP. He said many families had benefited from her work. 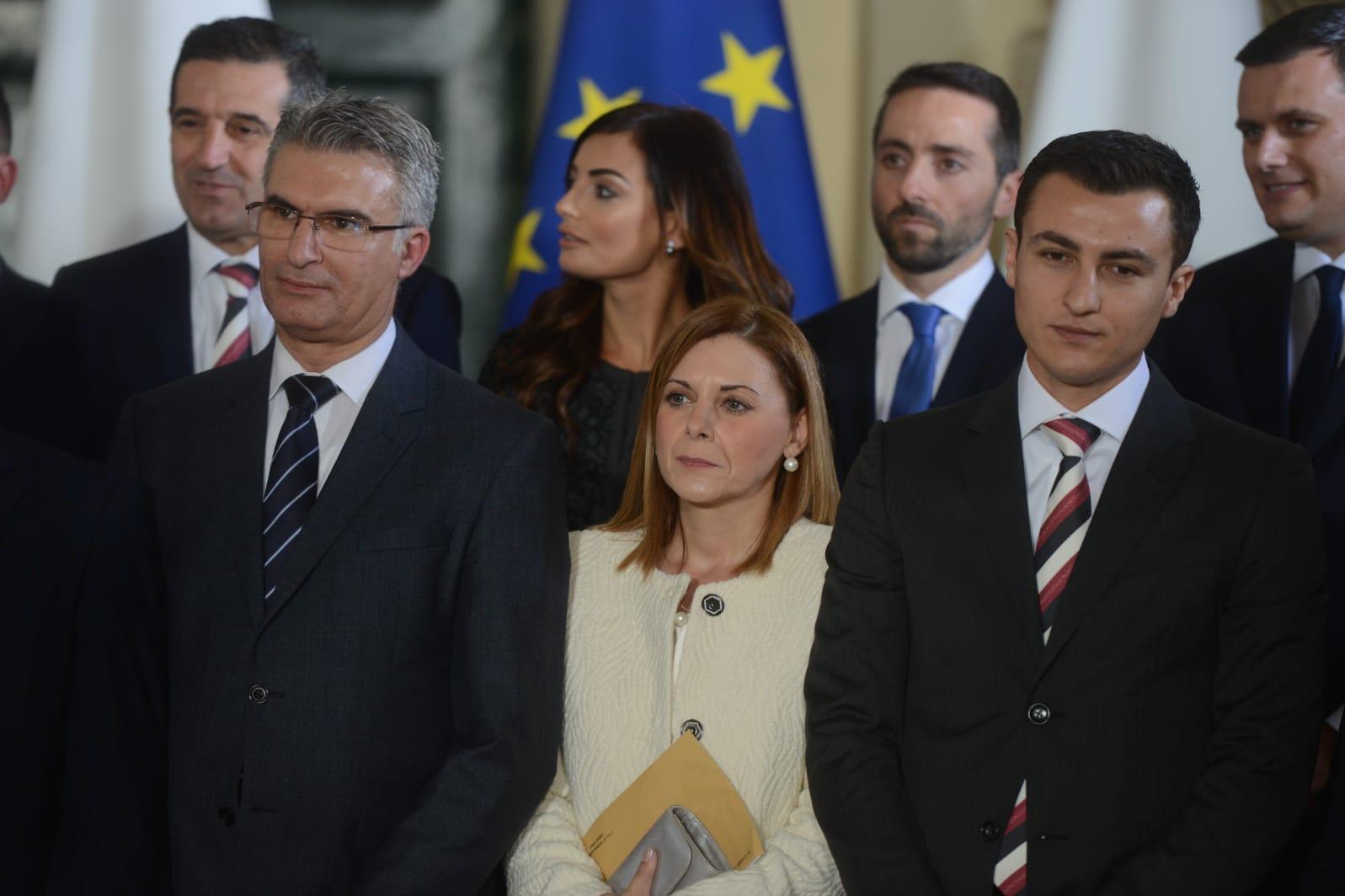 Dr Caruana was re-appointed Gozo minister just last week despite reports that the prime minister had originally planned to hand the position to Clint Camilleri, who was subsequently promoted to minister for agriculture, fisheries and consumer affairs. Former Gozo Minister Anton Refalo had also been reportedly eying a return to the post.

Her position in Cabinet was seen as “untenable” as her husband, former deputy police commissioner Silvio Valletta, was being investigated for possible ethical breaches.

Mr Valletta gave a statement to investigators at police headquarters in Floriana on Sunday, shortly after The Sunday Times of Malta reported that the former police officer had gone on holiday with Mr Fenech during the course of the investigation.

On Monday Times of Malta reported how experts from Europol had found a video of Mr Valletta “fooling around” with Mr Fenech and flagged it to local investigators.

The video was discovered on Mr Fenech’s phone.

Mr Valletta insisted the video was shot after he had already retired from the force. In a statement on Sunday Mr Valletta said he had not known Mr Fenech was under investigation when he went abroad with him.

Mr Valletta, who also served on the board of the Financial Intelligence Analysis Unit, retired in August 2019.

Opposition leader Adrian Delia, speaking parliament, asked if the prime minister had been aware of the close relationship with Yorgen Fenech including the UK trip. He asked if Dr Caruana herself was aware of this. He also asked who would be the new Gozo minister.

“I expected the prime minister to outline the government’s vision in his first address. We have been left in the dark,” he said.

Independent MP Marlene Farrugia described as “unacceptable” the fact that everybody knew of this close relationship without ever speaking out.

“We ought to be given an explanation on how the Daphne Caruana Galizia murder investigation had not been compromised given the Mr Valletta was actively involved, she said.

Home Affairs Minister Byron Camilleri said the minister's resignation highlighted the different approach to the way serious allegations were handled by government MPs, in contrast to the Opposition leader himself.

“She shouldered political responsibility for something which she did not do herself, unlike the Opposition leader who has been facing very serious allegations of money laundering and links to a prostitution racket” Dr Camilleri said.

Referring to Dr Delia as “Mr Soho”, the home affairs minister said Dr Delia had no credentials to speak on good governance, accountability or political responsibility.
“Dr Delia never felt he had to ask for a magisterial inquiry himself. I would like to know if these allegations are true or not,” he added.

In a statement, civil society group Repubblika said Dr Caruana's position as minister had been no longer tenable.

The group asked if Prime Minister Robert Abela had known about Silvio Valletta's actions before re-appointing the minister last week.

Had this been the case, then the prime minister had cynically orchestrated a manoeuvre for political purposes which did nothing to repair Malta's bad reputation.

The group said that as Labour leader, Robert Abela should remove Justyne Caruana from the Labour parliamentary group.

It also pointed out that Finance Minister Edward Scicluna had appointed Silvio Valletta to the Board of Governors of the FIAU, which was supposed to have investigated then chief of staff Keith Schembri and Konrad Mizzi over money laundering claims.

Prof Scicluna had refused to remove Valletta even when his conflict of interest was pointed out.

The group said the prime minister may also come to regret his decision to retain Owen Bonnici in his cabinet and others within his administration.

The group also asked Attorney General Peter Grech whether he had acted on his own initiative or whether he was instructed, against his own advice, to defend Silvio Valletta in court in the case instituted by the Caruana Galizia family for his removal from the murder investigation and the subsequent appeal.

If Dr Grech had given wrong advice to the government, he should resign or be removed by parliament.

In a statement, Occupy Justice, who campaign for justice for Ms Caruana Galizia's murder, welcomed the resignation, saying it was what "normal democracies looked like."