Josette Schembri Vella, the wife of former chief of staff Keith Schembri, was charged with money laundering offences related to her company on Friday.

The charges are related to transactions linked to the company 3 City Designs and carried out in the period 2008 to 2020.

Schembri Vella and the company are jointly accused of having converted or transferred property when they knew or suspected that it was directly or indirectly acquired through criminal activity.

The scope of this was to allegedly conceal the origins of this property or to assist people involved in the said criminal activity.

They are also accused of having acted as accomplices to criminal activity.

Schembri Vella alone is accused of having failed to ensure that the company met its legal obligations. According to her lawyer, the issue simply boiled down to the fact she failed to call board meetings.

The prosecution came under heavy attack from defence lawyer Edward Gatt who described the charges as "trumped up" and claimed his client was being arraigned simply because of her husband.

Schembri Vella had been questioned by the police’s Financial Crimes Investigation Department in recent days as part of an investigation into money laundering.

Details in the first sitting were scant but the court agreed to give bail to Vella Schembri against a deposit of €10,000 and a personal guarantee of €40,000.

2.20pm The sitting is over but Schembri Vella is still present in the court room until the bail money is settled.

Schembri Vella is separately charged with failure to abide by one of the dispositions of the Companies Act.

2.05pm The court agrees to bail. Schembri Vella will however have to sign the bail book at Qawra police station four times weekly.

The defence lawyer points out that the accused is no teenager but a mother who might need to transport her children and would therefore need extended hours.

2pm Moving on to bail, the prosecution say that fears of absconding at law still subsist. But in this case, as long as there are stringent measures, they will not object to bail.

Agius Bonnici stresses that in this case, Vella Schembri is not being charged personally but as the representative of the company.

The defence lawyer points out that the attachment order had hit all the family, even the couple’s children.

"They are well and truly facing difficulties to handle money matters these days. Please let’s not make matters even worse," the lawyer explains.

1.55pm Inspector Leanne Bonello from the anti money laundering team, testifies next and says that the suspicious amount subject to these charges totals €1.5 million.

The defence interjects right away and says that the inspector is not saying the truth.

"Should that amount subsequently vary, the inspector will shoulder responsibility for that," lawyer Edward Gatt says.

The magistrate upholds the freezing order over the company’s assets.

1.50pm The police disclosure concerned a number of suspicious transactions by the company 3 City Designs.

Their source was suspicious and that is what Schembri Vella was questioned about, the AG lawyer explains.

Gatt asks superintendent Frank A Tabone from the FCID anti money laundering squad to testify about the disclosure.

Tabone says two other inspectors were assigned to the case who traced suspicious transfers from Kasco Ltd to 3 City Designs and back.

Gatt: "Do you know that Kasco owns 50% of the other company?"

1.45pm Magistrate wonders why the prosecution cannot even supply an approximate value of the money laundering claimed.

The magistrate explains: "We’re no money laundering experts but saying that prosecution does not have the amount, is not acceptable."

Agius Bonnici insists that the prosecution cannot supply amounts today and that the case stemmed from inquiry by magistrate Josette Demicoli. Suspicious amounts were cited in that inquiry and that is where the predicate offence came from, AG lawyer says. 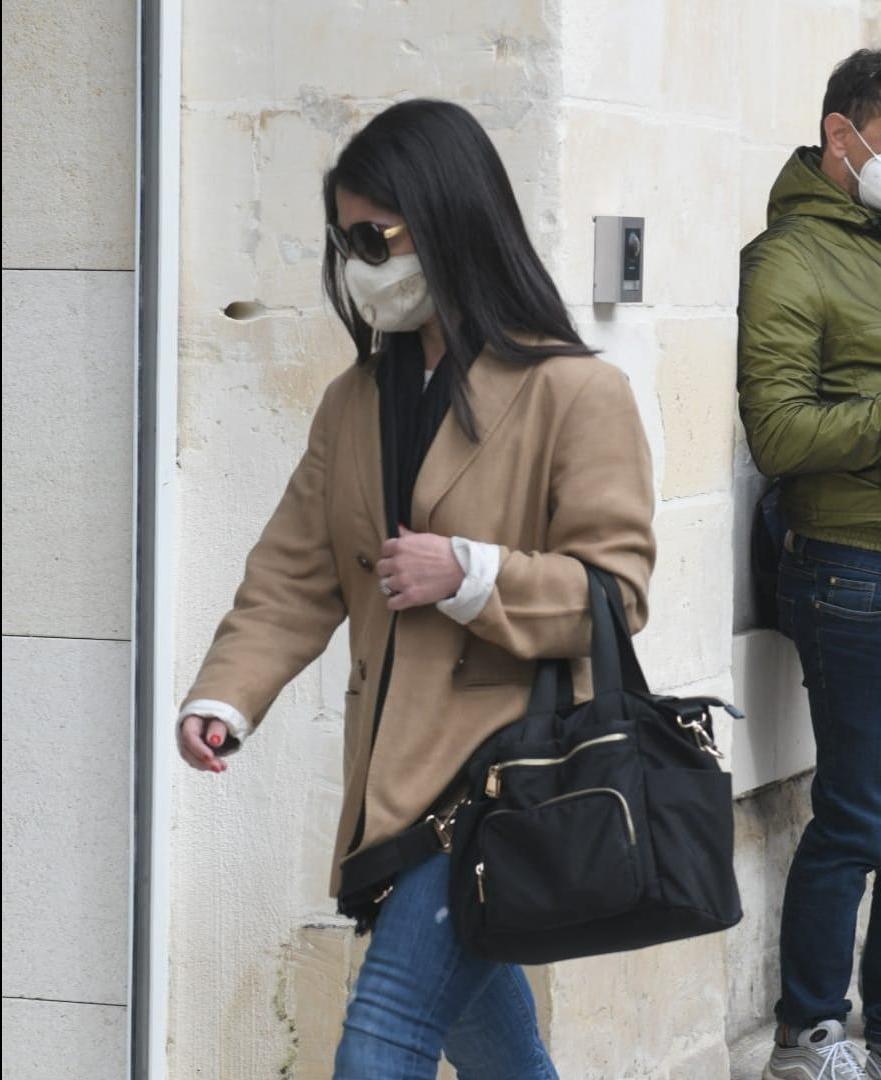 Josette Schembri Vella walking into the FCID building for interrogation earlier this year.

1.40pm Defence lawyer asks about the amount of money that was supposed to have been laundered.

"Of course you can’t!" shouts the defence team in chorus.

The magistrate steps in and asks if a value will be indicated in due course.

But the freezing order is being requested today, lawyer Edward Gatt hits back.

"There were similar arraignments last week and a value was indicated. But this time, they can’t come up with an amount because the predicate offence is the fact that no board meetings were called."

"So today we throw a lifeline to the prosecution who comes to the arraignment and simply asks for a freezing order without there being a predicate offence!"

1.35pm Defence lawyer Edward Gatt says his client has been under an attachment order for months and that order expires today.

"I can’t but object to the freezing order. These proceedings against Josette Vella are abusive. She’s being charged simply because she’s Keith Schembri's wife! And I'll just stop there!

"Worse still, the charge of money laundering needs an underlying offence. And that’s non existent here. It seems that the prosecution is now running away with the habit of doing away with that predicate offence."

He says his client is being charged with abdicating from her responsibilities as company director simply because she did not call board meetings. 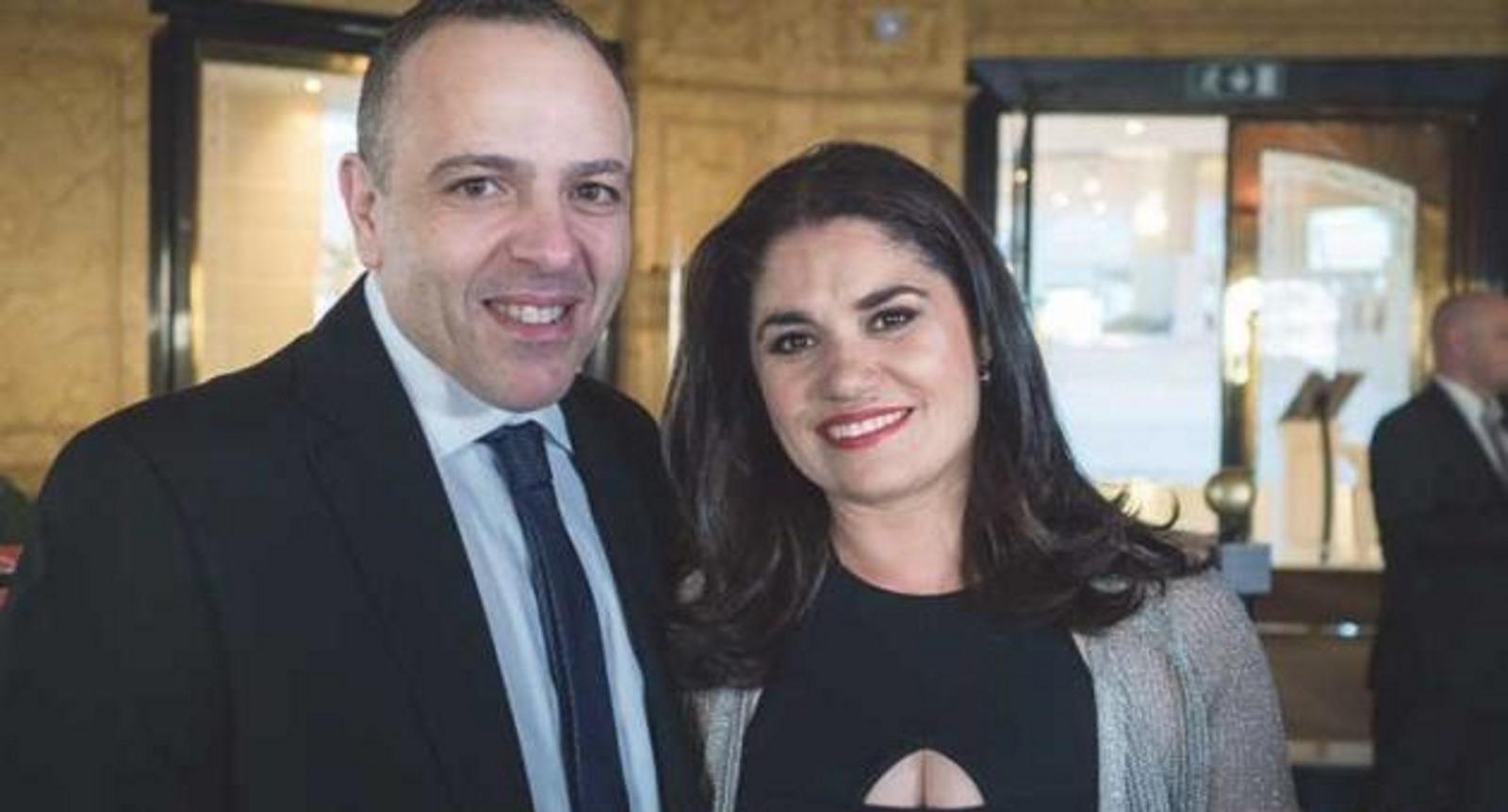 1.30pm Schembri Vella stands before the magistrate. She gives her details and pleads not guilty.

Prosecution ask for a freezing order over the company which she is representing.

Defence lawyer immediately objects, saying the country is recently witnessing arraignments of a fiscal nature, sparked by a national situation.

"We don’t think that there should be a freezing order. Here we have charges that are trumped up, non existent. Of course, the charges are issued by the Attorney General."

1.15pm The police on Friday said in a brief statement that a 45-year-old woman from Mellieħa and a company would be charged with financial crimes including money laundering at 1.30pm.

Schembri Vella is to appear before Magistrate Claire Stafrace Zammit.

The former chief of staff is currently undergoing medical treatment.

Schembri Vella had been seen arriving at the FCID headquarters in Sta Venera back in March on the day of her husband's arraignment.