Prime Minister Robert Abela has insisted the government went beyond its call of duty when it sent a private fishing boat to pick up 52 migrants and return them to Libya in April 2020.

Testifying on Wednesday, Abela argued that at the time Malta’s ports had been ordered shut by the superintendence of public health and that the government had worked “night and day” to find a way of rescuing the asylum seekers.

"We could have done nothing and would have been within our legal rights. But our conscience did not allow that," the prime minister said.

Abela was testifying in a constitutional case filed by the 52 asylum seekers against the Maltese state, alleging a breach of their rights.

The asylum seekers were picked up by a fishing boat on Easter Sunday of 2020 and then returned to Libya, where they were thrown into detention. Five people had died and seven were missing by the time they were picked up at sea.

That case had made international headlines, with the prime minister subsequently admitting that Malta had coordinated the migrants' return while insisting it was "not a pushback". 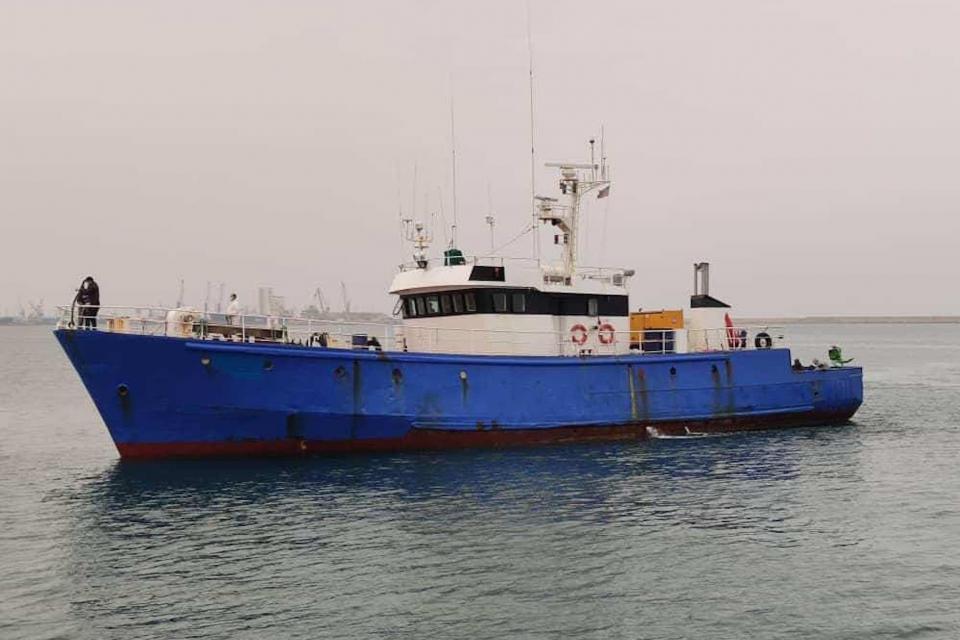 The Mae Yemenja: one of the private vessels involved in the operation. Photo: Manuel Delia

The prime minister told the court that he had no direct role in the incident, which was brought to his attention by the brigadier of the Armed Forces of Malta. His then-chief of staff, Clyde Caruana, would keep him abreast of developments, he said.

Abela said Malta had done more than it was legally obliged to do in this case, dispatching a private vessel as well as food, water and life jackets to come to the asylum seekers’ rescue.

Under international law, states have a legal obligation to rescue people whose lives are in danger at sea.

The prime minister also criticised other EU member states, saying Malta had been “abandoned”, including by its neighbour Italy.

He also downplayed the role played by Neville Gafà in the incident, saying Gafà had been engaged to establish a line of communication with Libya’s then-interior minister.

The government subsequently set up its own channel of communication, Abela said. 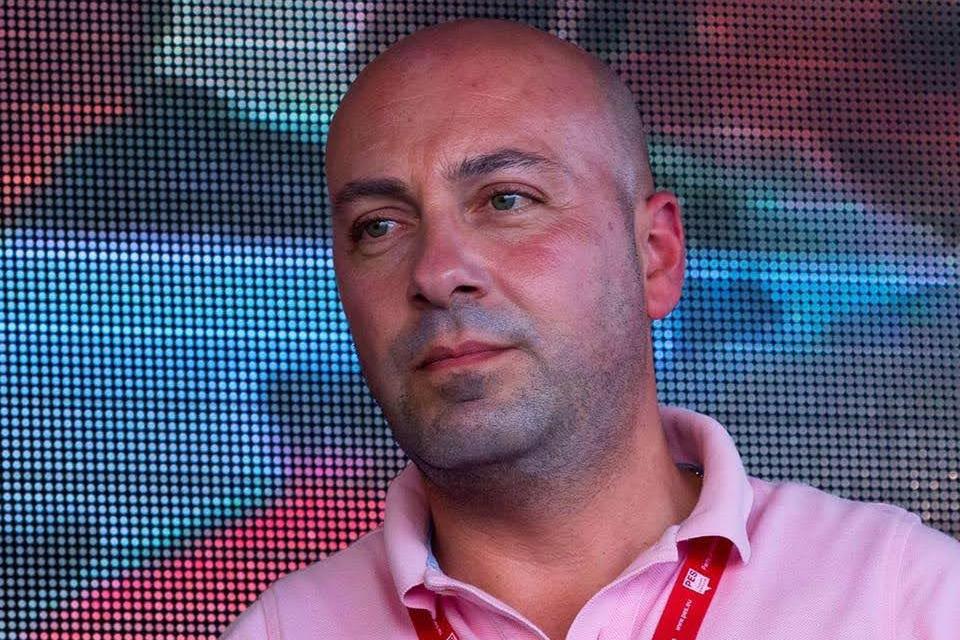 When testifying in the case last May, Gafà had said that he had maintained “continuous direct contact” with then-OPM chief of staff Clyde Caruana throughout the operation, while operating “under Libyan jurisdiction” from his Mellieħa home.

Lawyer Paul Borg Olivier, who is representing the 52 asylum seekers, told the court that he wanted the prime minister to hand over documents containing his testimony to a magistrate investigating the case, as well as testimonies that Caruana and Gafà gave the inquiring magistrate, Joe Mifsud.

Both the latter testimonies were missing from the inquiry report, the court heard, though the magistrate made reference to them.

State advocate Chris Soler and AFM lawyer Susan Agius objected to that request, arguing that the prime minister could not be asked to hand over documents concerning third parties and violating the secrecy of magisterial inquiries.

Judge Lawrence Mintoff said he would decree on the matter at the next sitting.

The judge also ordered two AFM officers who were unable to testify during Wednesday’s sitting to do so at the next one, which is scheduled for November 12.

12.24pm That's all for today - the case is adjourned to November.

Thank you for having joined us. We will have a summary of the key points from this court hearing available at the top of the article shortly.

Judge to decree at next sitting

12.20pm After some more legal arguments, the judge says that he will decree on the request at the next sitting, which is scheduled for November 12.

They says he is assuming that the prime minister has access to these transcripts and is 'confusing privilege with discretion'.

"The prime minister should not be asked to present documents concerning third parties, nor should he be forced to violate the secrecy of the magisterial proceedings," Soler argues.

Of doors and windows

11.56am Borg Olivier is insisting that Abela has the documents he is requesting, and that these documents are not privileged, as the state advocate is arguing.

He says the prime minister obtained the documents after he asked the magistrate leading the inquiry - Joe Mifsud - for a copy because he was a subject of a complaint.

"Rather than get through the door, you're trying to enter through the window," the judge drily remarks.

Caruana and Gafà testimonies not in inquiry report

11.51am As the lawyers discuss Borg Olivier's request, it emerges that testimonies given by Clyde Caruana and Neville Gafà do not form part of an inquiry report into the incident.

What about testimony transcripts?

He wants Abela to present those documents.

Two AFM officials were due to testify

11.39am Two AFM officers were expected to testify today, but they are not present. Borg Olivier says he would like to register that "coincidence".

Soler hits back: the AFM lawyer's has filed an application that explains their absence, he says. The officers are highly specialised and have overseas commitments that are difficult to move.

The judge takes note and orders them to attend the next sitting in the case.

Next time round, the court will also decree on a request by the plaintiffs for information about where all AFM vessels were located at a particular point in time. The AFM is arguing that this is sensitive and privileged information.

Abela steps off the witness stand

11.37am The Prime Minister is done testifying. He steps off the witness stand and walks out of court, accompanied by a number of officials.

But lawyers for both sides are not quite done here yet.

11.35am Chris Soler adds a follow-up question. Was Gafà answerable to Abela?

Abela: Since the time I assumed office, Gafà has had no role or position at the Office of the Prime Minister.

11.33am Borg Olivier has another question for the witness: what was Neville Gafà's role?

Abela says Gafà had "no role, except to facilitate contacts with (Libya's) internal affairs minister at the time."

"When we established contact, we went through those channels."

11.31am Chris Soler asks Abela what else, apart from water, is needed in such cases.

Abela says the AFM is best placed to answer that, and then pivots to criticising Italy.

"My message to the brigadier is always consistent: let's do everything to save lives.

Even if all EU states have abandoned us, including Italy that left us to our own resources."

11.29am Borg Olivier presses his point and tells the court that he wants to know whether the Prime Minister was directly involved or otherwise after private vessels were roped into the operation.

Abela: "I was informed as the rest of the country was.  Through media coverage, too."

That'll all from Borg Olivier.

11.24am Borg Olivier again presses Abela over his role in coordination, after the vessels were engaged.

Abela reiterates that he had "no direct role or direction" and says the vessel's captain "knew exactly what the situation was in terms of the applicable regulations."

Borg Olivier: "Were you being briefed?"

The state advocate objects, saying Abela has already answered this. This time, the judge upholds the objection.

11.19am Borg Olivier wants the prime minister to provide details about how, specifically, his chief of staff (Caruana) was looking for vessels to engage.

The state advocate, Chris Soler, objects to the question. But the judge allows it.

Abela answers by saying the government had also sent 30 tons of food and water to Libya and that one of the vessels, the Dar Es Salaam, had also been refuelled by the AFM.

11.17am A moment of tension between the lawyer and witness, as Abela tells the court that all ports were closed at the time, on orders of the superintendent of public health.

11.15am The migrants were picked up and returned to Libya by privately-owned fishing vessels.

Abela says that was because the only available state vessel was too big for the rescue operation and that engaging a private seafarer was the "only alternative".

'We could have done nothing'

11.12am Abela reiterates what he told the inquiry. "We provided vessels, aircraft, food and life jackets.

"It was a time of national emergency. All ports were closed and the superintendent (of public health) was telling us that nobody could enter the island.

"We could have done nothing and would have been within our legal rights. But our conscience did not allow that," Abela says.

11.11am Borg Olivier asks Abela what he and his then-chief of staff, Clyde Caruana, had discussed.

Abela says Caruana would keep him updated and informed on the case.

11.06am Answering questions, Abela sheds light on his role in the April 2020 incident.

He tells the court that he has no direct role in any rescue operation.

Abela recalls that he was contacted by the AFM brigadier that there were migrants at sea.

He insists Malta went above and beyond in this case. "We sent vessels to do all we could to save lives," he says.

The Prime Minister tells the lawyer that he cannot do so - the documentation is not his to hand over.

11.04am Robert Abela is in court. He takes the witness stand, to begin answering questions.

11.03am The asylum seekers who are suing the state are being represented in this case by lawyer Paul Borg Olivier. The Maltese state is being defended by state advocate Chris Soler.

11am Good morning and welcome to this live blog. Prime Minister Robert Abela is expected in court this morning, to appear as a witness in this constitutional case.