Malta is far bigger than the “gang of people” who have brought shame on the country, President George Vella said in his speech marking Republic Day on Friday.

Ahead of the annual awarding of honours for service to the country, Dr Vella said that on the 45th anniversary of the “birth of [the] Republic” one would have expected him to talk about the years leading up to the anniversary, but he would not be doing so on this day.

“Our country is going through very particular circumstances that deserve our full attention,” Dr Vella said in his opening remarks.

“These past days were not pleasant for anyone. Whosoever has the Republic’s interest at heart lived through these weeks with desolation, and even a degree of anger, towards the individuals who brought us to where we are today,” he said. 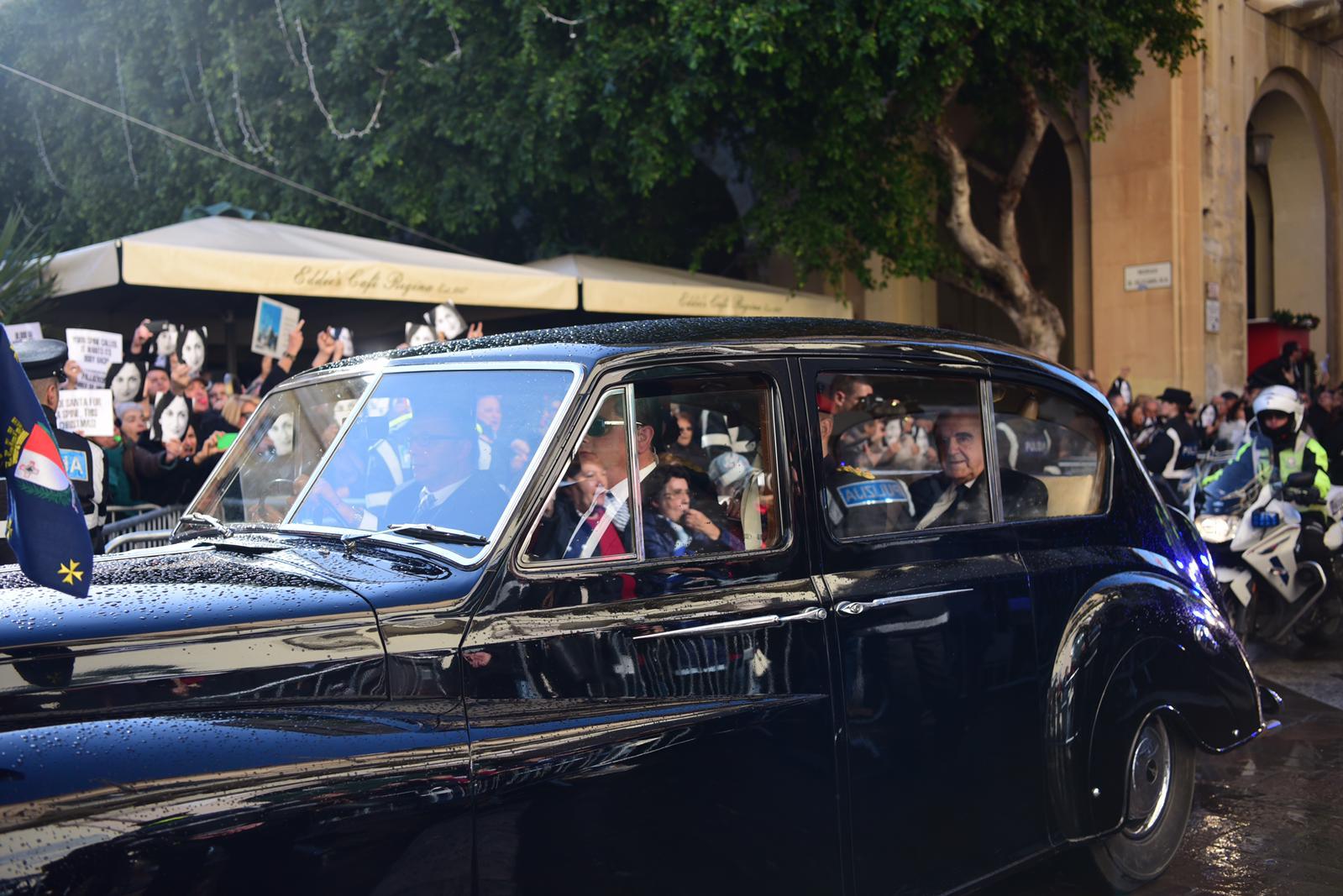 George Vella greeted by protesters during his arrival in Valletta for the Republic Day ceremony. Photo: Mark Zammit Cordina

In recent weeks, the country has been in constant turmoil amid shocking revelations emerging from the investigation into the murder of journalist Daphne Caruana Galizia.

The prime minister's former chief of staff, Keith Schembri, has been implicated and accused of leaking information to the chief murder suspect but denies all involvement.

Activists, who have been calling for the immediate resignation of Prime Minister Joseph Muscat, have been demonstrating at the Republic Day ceremony, bearing signs criticising Dr Vella's reaction to the investigation fall out.

The president said some may have interpreted his silence as head of state as “weakness”.

President George Vella switched to English to address the foreign media to ensure justice will be done. Video: Claire Caruana

“There were others who wanted me to speak, and say, more. Some assume that as President, apart from moral authority, I have powers to give orders as to what is to be done. Very few know how limited the powers of the President are,” Dr Vella said.

The role, he added, has many obligations and responsibilities, which Dr Vella said he exercised in the past few weeks “in silence, utmost confidentiality and prudence”.

The President said he also looked back at his inaugural speech, which he gave in April, and in which he had appealed for national unity.

“It was already, back then, an important message. These recent developments make my appeal even more relevant and urgent. We need to stand united, as Maltese and Gozitans of goodwill, to get over the adversity that has overcome us.

“Those who brought us to this juncture – whoever they are – were not working in the interest of the People of Malta,” Dr Vella said.

He insisted what happened “cannot, ever, be justified”.

“We need to be united in the hope that all those who have to shoulder the responsibility for their behaviours, do exactly that, and pay the consequences. Whoever this may be.” 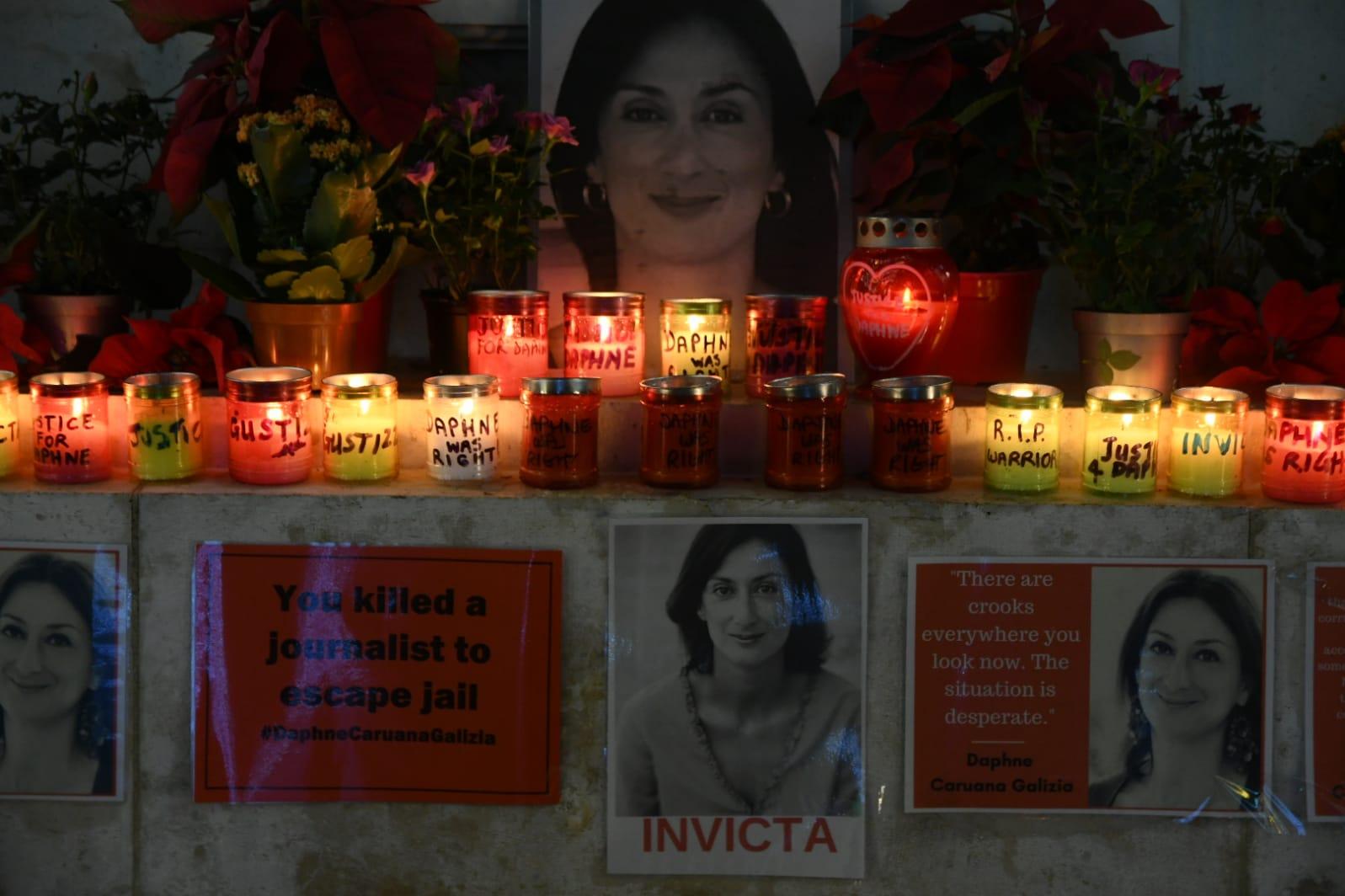 Protesters spent an overnight vigil at the Great Siege monument to prevent it being cleared for Republic Day. Photo: Jonathan Borg

While the people expect justice, he said, such a sentiment should not develop into “revenge and hatred” and the investigative and judicial authorities have to be allowed to do their work without interference, with serenity and with “the due respect for their integrity, competence and independence”.

“Like you, I am saddened, hurt and shocked. With you I share the anxiety and uncertainty that I know to have taken over our exchanges in the family, at work, among friends. Do not let tempers rise and let us remain moderate in our behaviour.”

On the murder of Ms Caruana Galizia, Dr Vella said people should not shy away from being united in admitting that the assassination was “a horrendous act”.

“Together we must solemnly vow that all measures will be taken for anything similar never to happen again. On this occasion, we come together in voicing our profound regret at what has happened,” the President said.

Addressing social media users, Dr Vella said the public in general needed to make better use of social media as online platforms have turned into an “infinite source of hate”. 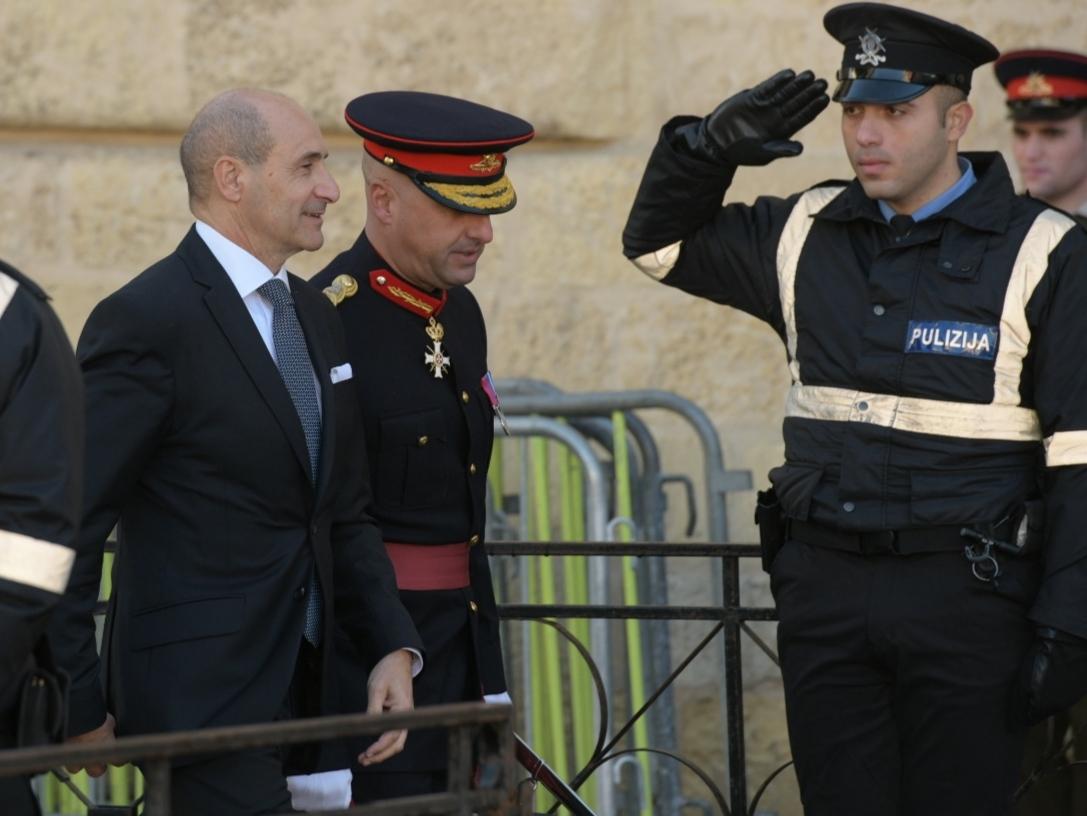 Journalists, also, must be “conscious of the critical responsibility they carry in modern society”, he said.

Shifting his focus onto members of parliament, Dr Vella urged them to keep in mind their duty “to guard the fundamental freedoms of the citizens who elected” them. He also reiterated his appeal for a “more decorous tone and content” in Parliamentary exchanges.

'This is not an easy hour'

President Vella used the last portion of his speech to again call on the people to persevere.

“This is not an easy hour. However, we have to live through it. Our duty is to ensure that this anguish leads to the discovery and outing of the whole truth. All those involved, high and low, have to carry the burden of their responsibility and pay their dues,” he said.

He said people have a right to express themselves in all freedom “guaranteed by the Constitution”.

The more civil these manifestations are, the more effective they will be.

“Together we need to mend what has been broken and reconstruct what has collapsed. We need to build our country anew.”

Read a full copy of the president's speech in the PDF below.