Valletta was teeming with police officers on Friday morning as Republic Day celebrations were held amid a protest calling for accountability over the Daphne Caruana Galizia murder case.

Uniformed officers lined Republic Street and filled most of the capital’s major public places from early in the morning, with an especially heavy police presence outside the Office of the Prime Minister at the Auberge de Castille.

President greeted with applause and booing

President George Vella was greeted with a mixture of applause and boos as he was driven down Republic Street in his official car.

Protesters held aloft portraits of Ms Caruana Galizia and placards bearing slogans such as "mafia" and "Ask Santa for a spine this Christmas".

The mood among the crowd was palpably tense, with shop owners also complaining about the damage steel barricades were doing to passing trade.

Earlier, demonstrators lined up behind the steel barricades set up on Republic Street, as a military parade marched through the main street.

Protesters chanted "mafia, mafia" and blew whistles over the sound of the band's drums and brass instruments.

Protesters chant as the march goes past. Videos: Ivan Martin

Prime Minister Joseph Muscat, who is in Brussels attending an EU Council Summit, will play no part in the day's events.

Dr Muscat’s absence is expected to placate protesters who are calling for his immediate resignation and have gathered in Valletta to again pressure authorities for accountability over Ms Caruana Galizia murder investigation.

A smaller group of activists spent the night keeping guard of a makeshift memorial to Ms Caruana Galizia at the foot of the Great Siege Monument outside the law courts. 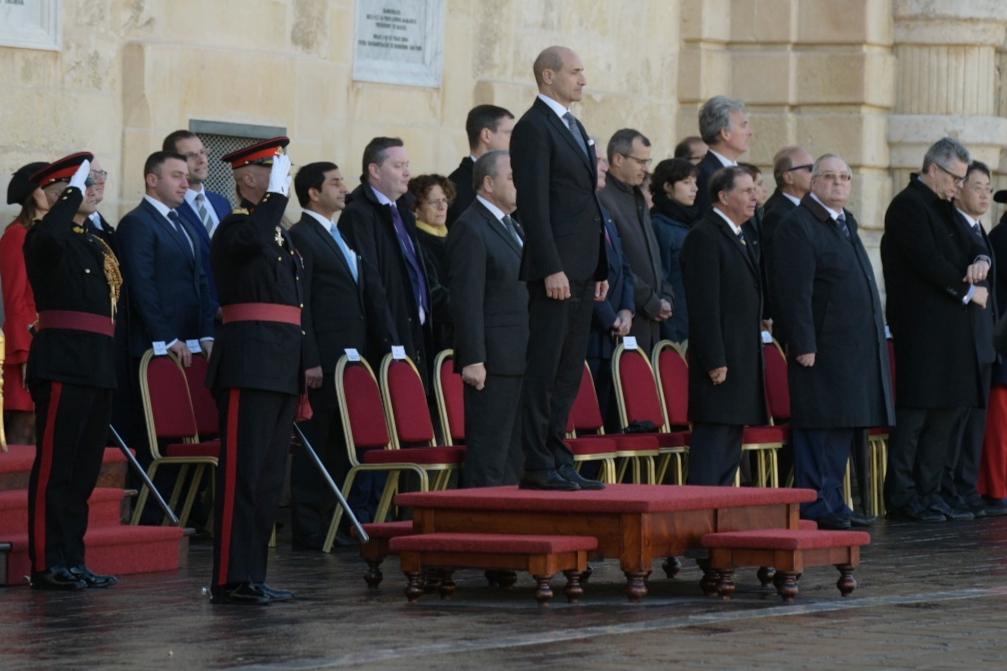 A 75-year-old man who has been to the majority of protests said that he felt he needed to be out protesting because the country was in crisis.

“I want to see a proper investigation because there are things that are yet to be uncovered.” 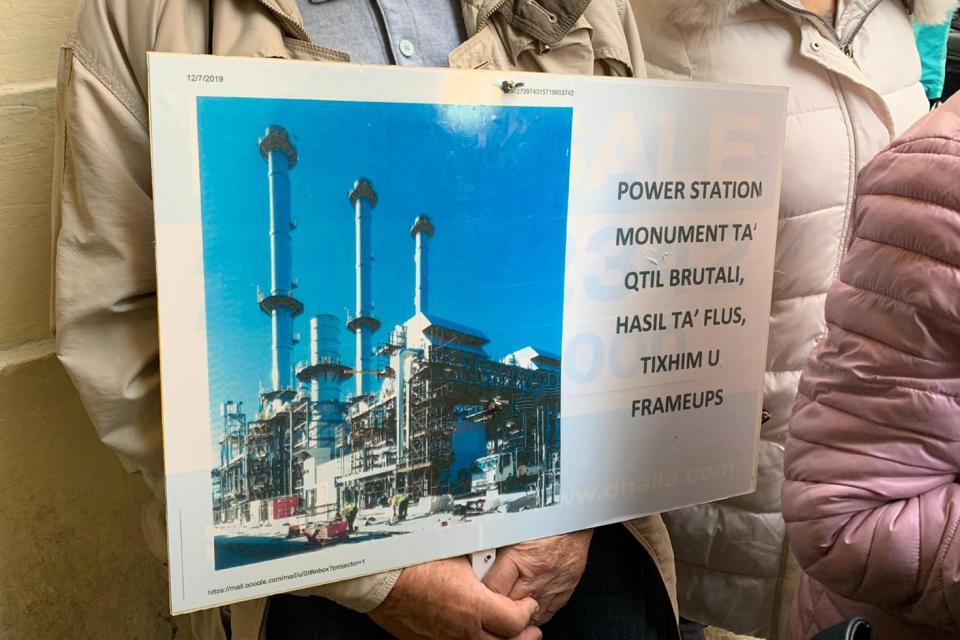 The man said he was enraged at the fact that while the average citizen suffered, public officials were allegedly pocketing millions.

“My greatest fear is that I won’t live to see the reform this country so desperately needs.”

Our Republic is Bleeding - Graffitti

The anniversary of the historic creation of the Republic of Malta coincided with a national crisis, according to activists Graffitti.

"Our country is suffering from the painful consequences of a betrayal which saw those at the highest echelons of power putting first the interests of a small clique of people rather than the interests of the populace at large," the NGO  said in a statement.

The ugly consequences of a system that "unabashedly" allowed the privileged and the wealthy to take decisions that greatly impinged on the lives of the rest have been felt for a number of years.

Over the past two decades, Malta has borne witness to several acts of privatisations: public land grabbing, cases of corruption with no legal closure and policies that accommodated big business at all costs, Graffitti said.

"This rotten state of affairs has been allowed to develop in a context where we see the two main political parties exerting huge control over our society and institutions, and which prioritise their party’s lust for power over the interests of the people.

"In fact, these institutions are mostly headed by state functionaries which were put in office deliberately to submit to the will of politicians and businessmen."

The NGO urged the Maltese to take advantage of the opportunity to bring about a real change, as opposed to a superficial one.