Despite her performance being met with loud applause in Turin, the 22-year-old was not voted through during the second semi-final.

She was among 18 hopefuls competing for the final ten slots on Thursday night and bookies had earlier given her a 49% chance of qualifying. It is the first time since 2019 that Malta won't perform in the song contest's final.

The countries that made it through were: Belgium, Czech Republic, Poland, Finland, Azerbaijan, Estonia, Australia, Sweden, Romania and Serbia.

They will join Ukraine, currently the bookies' favourites to win, as well as the Netherlands, Switzerland, Armenia, Iceland, Lithuania, Portugal, Norway, Greece and Moldova from the first semi-final earlier this week.

Italy, France, Germany, Spain and the UK are automatically entered into the final.

The 22-year-old singer was the sixth participant of 18 to take to the Palo Olimpico stage in Turin.

Muscat kicked off her performance sitting at a piano before moving on top of it and then joining her back-up dancers. Her performance was met with a loud applause from those at the Turin arena. 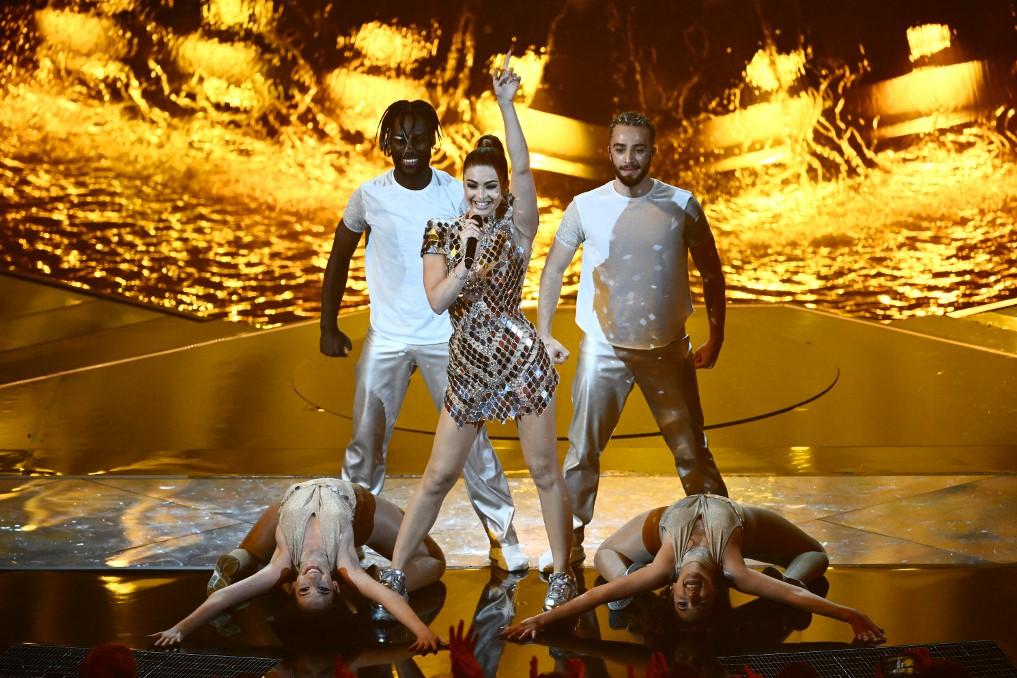 Emma Muscat's performance was popular with the audience in Turin on Thursday night. Photo: AFP

She performed in a custom-made dress, made out of small mirrors, and silver shoes while her hair was slicked back into a high ponytail.

But the singer's Eurovision journey ends here after she was among the eight semi-finalists that did not secure enough votes to make it to the final night.

Details on the scores achieved by the semi-finalists will be unveiled at a later stage.

Earlier on Thursday, bookies had put Muscat in the 11th spot, sparking fears among Maltese Eurovision fans the country's song will not make it through to the final.

She had downplayed such concerns, saying ahead of her performance that she believed she would qualify.

Muscat won the Malta Eurovision Song Contest with the song Out of Sight, although this song was later dropped and participated with the song I am what I am.

Malta last failed to make it to the final in 2019. Participants that took part in both the 2021 and 2019 editions of the show had made it through. No contest was held in 2020 because of the pandemic.