Malta, Italy, France and Germany have agreed on a system to jointly handle migrants who arrive in the Mediterranean, until a more permanent EU-wide system is introduced.

The four EU member states agreed to a temporary system during a migration meeting between Home Affairs ministers held in Malta on Monday, which was mediated by the Finnish EU Council presidency.

Plans agreed by the four member states will be presented to the rest of the EU’s member states during a meeting of Home Affairs ministers scheduled for October 8.

Countries will then have the chance to agree, disagree or propose amendments to the position paper agreed upon on Monday.

What does the proposal call for?

Ministers standing at a podium outside Fort St Angelo gave no details about the position paper they agreed to on Monday, with sources telling Times of Malta that parties had agreed to present the proposal to other EU member states before making it public.

EU Commissioner for migration Dimitris Avramopoulos described the framework as a “predictable and structure set of temporary arrangements” which would kick in every time a migrant vessel is rescued at sea.

Talks reportedly centred on having automatic relocation provisions for migrants brought to Malta or Italy, as well as details about which migrants would be eligible for relocation.

The Home Affairs ministry said that during the October 8 meeting, EU member states would have the opportunity to volunteer as a place for disembarkation or relocation.

Its statement also hinted that the position paper included some form of "threshold mechanism" to ensure frontline countries, such as Malta and Italy, were not overwhelmed by migrant arrivals.

In a tweet, Prime Minister Joseph Muscat welcomed the "blueprint" agreement but urged a measure of caution.

What does the proposal mean for Malta?

With no details made public yet, it remains unknown what part Malta will play in an eventual relocation mechanism.

However, Home Affairs minister Michael Farrugia was adamant that the position paper would not place undue stresses on Malta's migrant reception system.

"Malta will not become a hub for the disembarkation and processing of migrants," he said. "A number of countries will have to share this burden".

What will happen now?

The position paper the four countries agreed upon is not intended to be a permanent arrangement but instead meant to ease pressure on countries like Malta and Italy until a more lasting EU-wide arrangement is agreed upon.

Furthermore, it is unlikely to ever come into force unless Malta, Italy, France and Germany can convince other EU member states to sign up.

That possibility is not as remote as it may have once seemed, however: fifteen EU member states agreed in principle last June to take part in a voluntary solidarity mechanism.

Other member states such as Hungary, however, are completely opposed to playing a part in relocating migrants or refugees.

“This is a responsibility for all of us and we need to address it collectively,” Mr Avramopoulos said during a press conference at Fort St Angelo.

Why are politicians seeking a deal?

The EU has no organised method for handling migrant arrivals, which often end up pitting member states against one another.

Malta has helped broker a series of one-off relocation deals for migrant rescues since the summer of 2018.

An EU-wide deal to relocate migrants would damage Mr Salvini’s credibility, as it would suggest that cooperation is more fruitful than the confrontation he championed. 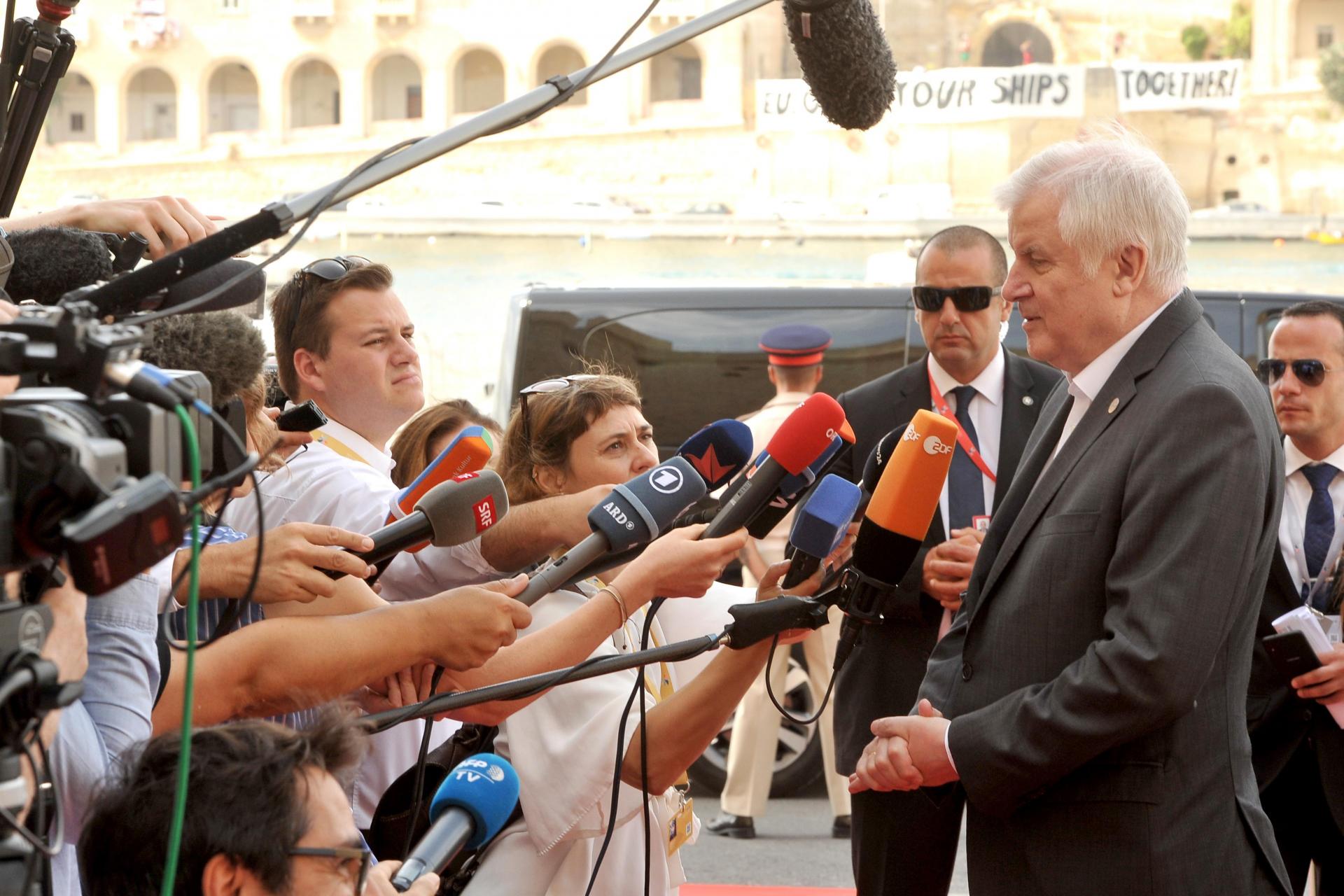 The deal was welcomed by Amnesty International.

“Details of the agreement are still to be disclosed, but we expect it to lead to the establishment of a reliable system to ensure that people rescued in the Central Mediterranean are promptly and safely disembarked in Europe and that EU countries step up and share responsibility for them,” said Eve Geddie, Director of the European Institutions Office at Amnesty International.

“We hope this mechanism will put an end to the obscene spectacle of people left stranded on boats for weeks waiting to know where, or even if, they can disembark. Speedier disembarkations are essential for those rescued in the Central Mediterranean who have often already suffered horrific abuse in detention centres in Libya and a perilous sea journey – they are exhausted and in need of protection and care.”

The international NGO said that it hoped an eventual system would help take strain off Malta's reception system.

Maltese authorities must understand that there is no place nor excuse for arbitrary detention in Malta”, said Ms Geddie.

Lawyers have told Amnesty that local detention centres are seriously overcrowded, and an asylum seeker who was held there told Times of Malta that living at Safi detention centre was "a nightmare".

The NGO said that Maltese authorities had refused to allow its researchers to visit the detention centre or the country's initial reception centre last week.