A 159-kilometre pipeline to transport natural gas and, eventually, hydrogen, between Malta and Gela, in Sicily has been given the green light by the Planning Authority.

The planning permit forsees a measure of land reclamation to build a terminal station at the Delimara power station, a micro-tunnel route running through the Delimara peninsula and the laying of an offshore pipeline between Delimara and Gela, Sicily.

It was unanimously approved by the PA board after receiving a thumbs up from the PA's Development Management Directorate, which noted that the project is in line with the objectives of Malta's 2030 national energy and climate plan and will contribute towards the EU’s climate and energy goals.

The pipeline had already been given the go-ahead by the Environmental Resources Authority, which, earlier this year, approved an environmental impact assessment report for its construction. The EIA had been carried out by AIS Environment, part of AIS Group, in collaboration with Italian partners CESI S.p.A and VDP S.r.l.

The environmental regulator had said it favoured the project as long as safeguarding conditions outlined in the report and eventually imposed through the conditions of the development permit are met.

Plans to build the pipeline, which is estimated to cost around €400 million, began in earnest in 2017, when the government set up InterConnect Malta to oversee the project.

Attempts to tap into European Union funding for the project were unsuccessful , with Brussels growing less keen on financing infrastructural projects for fossil fuels such as LNG.

The government is now in the process of updating its bid to make the eventual pipeline “hydrogen-ready". 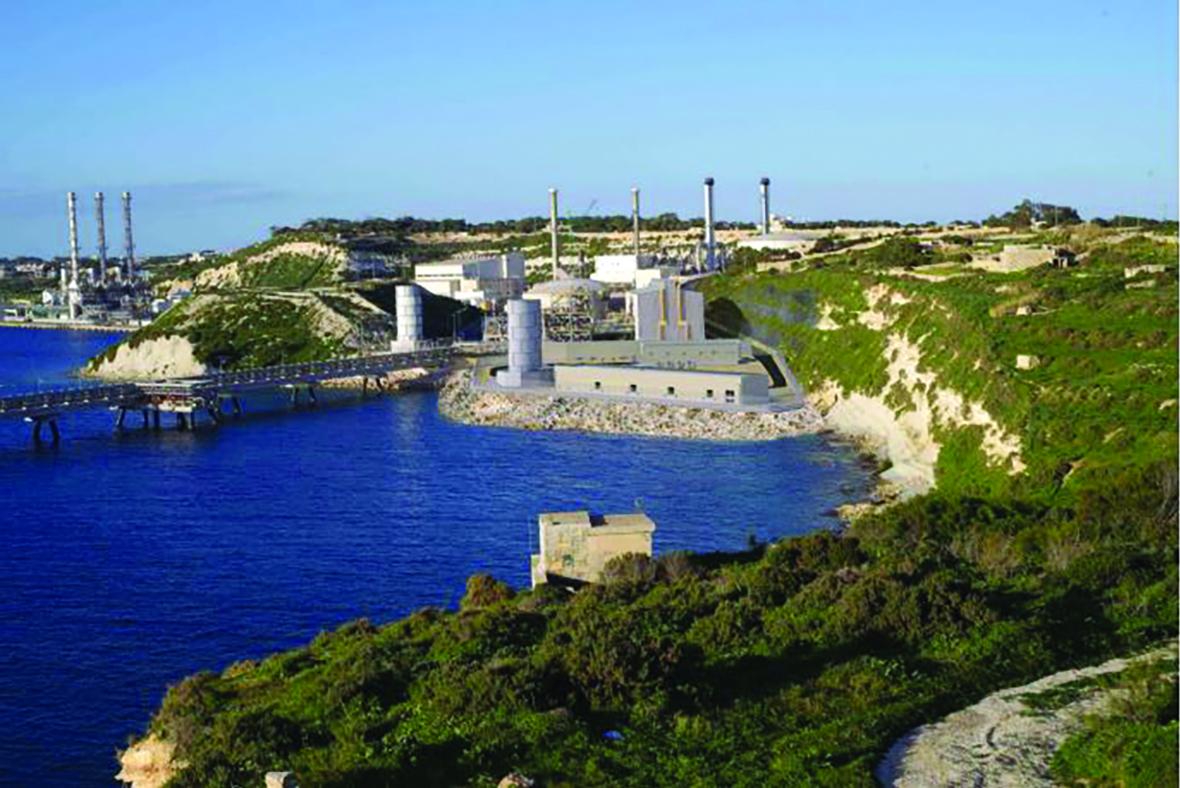 The proposed Delimara extension that will service the pipeline.

Its intention is to use the pipeline to transport natural gas in the immediate term, but to also ensure it can funnel hydrogen from Italy without incurring any major additional expenses or damage to the system.

Hydrogen technology is still in its infancy, but many policymakers expect the substance to play an increasing role in energy generation in the coming decades.

A spokesperson for the Energy Ministry said when contacted that Malta had obtained a derogation from the European Commission allowing the proposed hydrogen-ready pipeline to be recognised as a Project of Common Interest by the EU.

"The project is currently being redesigned to allow for the transportation of blends of hydrogen, biomethane and natural gas and up to 100 per cent hydrogen.

"The purpose of these studies is to align this Project of Common Interest (PCI) to the goals and objectives of the European Green Deal and the transition to a climate-neutral economy,” she said.

Those studies will also look into the ways hydrogen can be produced and transported to the pipeline's Sicilian end at Gela.

The pipeline will most likely be financed through a combination of debt, equity, the ministry spokesperson said.

A marine study that formed part of the project's EIA found that several species of flora and fauna will be significantly affected during construction but not during operation.

To mitigate against the loss and damage of oceanica meadows, the consultants recommended the transplantation of the seagrasses prior to trenching, through the deployment of iron artificial reefs at depths of 40-45 metres.

According to the EIA report, “notable geological impacts” could potentially arise during construction works in Delimara. However, these could be effectively mitigated through geotechnical modelling surveys to avoid existing cavities, as well as through the assessment of weathering rates throughout the works.

It is estimated that 13,000 cubic metres of waste would be generated from the project, the majority of which can remain on-site and be used in the land reclamation phase.

Impacts on architectural, archaeological, historical and cultural heritage were not envisaged, nor was impact on land or sea use, visual amenity, terrestrial water bodies and public access.