The Planning Authority on Thursday sent back to the drawing board an application for a 10-floor mixed-use development on part of the parking area of the old trade fair grounds in Naxxar.

After a four-hour board meeting, the majority of board members said they were not happy with such a massive development so close to the urban conservation area. Rather than voting it down, the developer and his architect opted for a suspension so that they could revisit the plans.

The development, which proposes to include a supermarket, shops and restaurants and 113 apartments, received objections from various stakeholders including residents of nearby two-floor buildings, the local council and the Superintendence of Cultural Heritage, due to the 70-metre proximity to the urban conservation area.

It, however, received the green light from the Planning Authority’s planning commission which had recommended the project for approval. 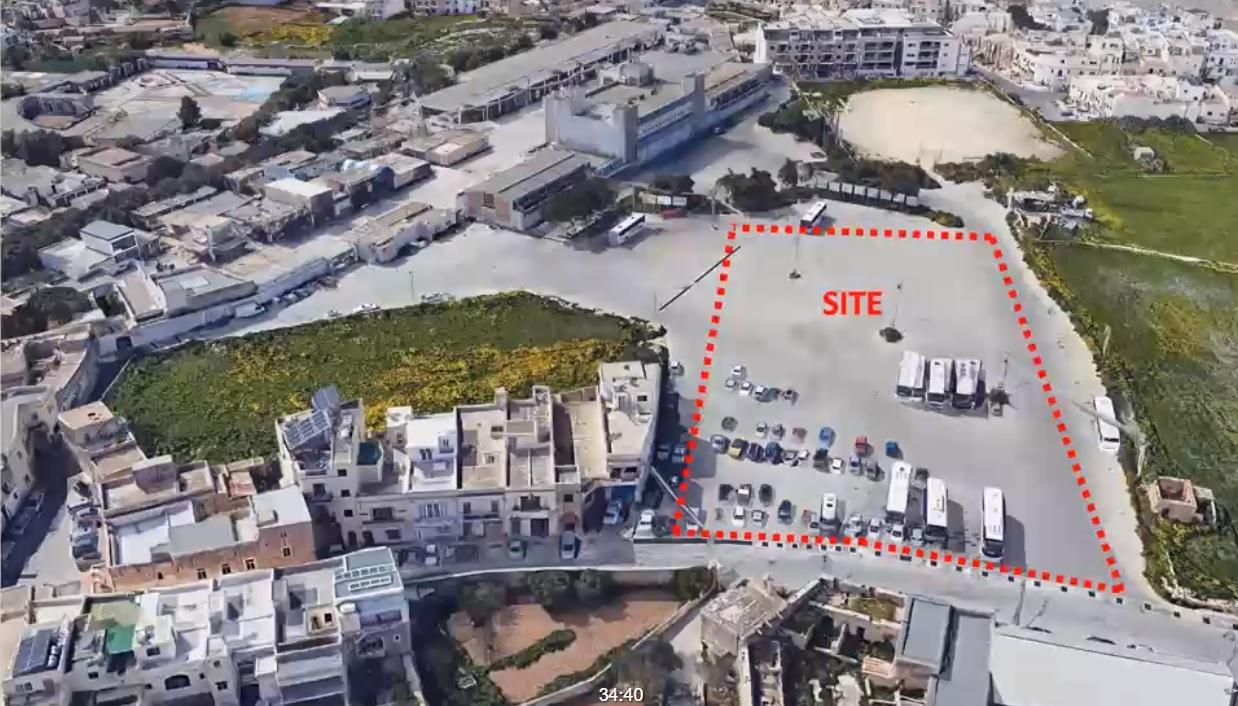 The site of the proposed development.

The project, proposed by SPTT Properties Limited, proposed the excavation of the site to make provision for two basement levels of parking facilities, another basement level for a supermarket, a gymnasium and storage facilities, retail outlets and a child daycare centre at ground level together with offices on the first floor and an overlying cluster of 113 residential units over eight floors, for a total of 10 floors.

The site, covering just under 5,200 square metres, is on Triq il-Markiz Giuseppe Scicluna and adjoins three other new roads.

The case officer said that in line with present policies, the developer was bound to provide public open space of not less than 2,594 square metres.

On the proposed office space, the Planning Directorate said that this was larger than what is normally considered within residential areas. However, it may be considered acceptable since the proposed offices are segregated into smaller units rather than one whole office floor and a green travel plan is being included to ensure that no adverse impact is created in terms of transport.

However, residents and other objectors argued that the excessive building height greatly exceeds the current height of the buildings surrounding the development.

Andre Callus from Moviment Graffitti, insisted that the Planning Authority board could not ignore all the people and organisations who objected to the proposed development.

Residents complained about the impact on the village core. They drew attention to the fact that there is another application for the actual trade fair grounds which is temporarily withdrawn.

Mayor Anne Marie Muscat Fenech Adami also strongly objected to the proposed development, insisting that the 15,000 Naxxar residents wanted open spaces and not towers that will block sunlight and ruin the locality’s skyline.

Board members warned against creating a precedent and that the development had to respect the content of its surroundings. Victor Axiak said it was a visually pleasant proposal but it was in the wrong place. It is too close to the UCA and the visual impact it would have is great, he said, adding that he expected the social impact assessment to be given more weight by the Planning Directorate. Board member Annick Bonello echoed these concerns, adding that the project is objectionable. “We are killing ourselves with this kind of design.” 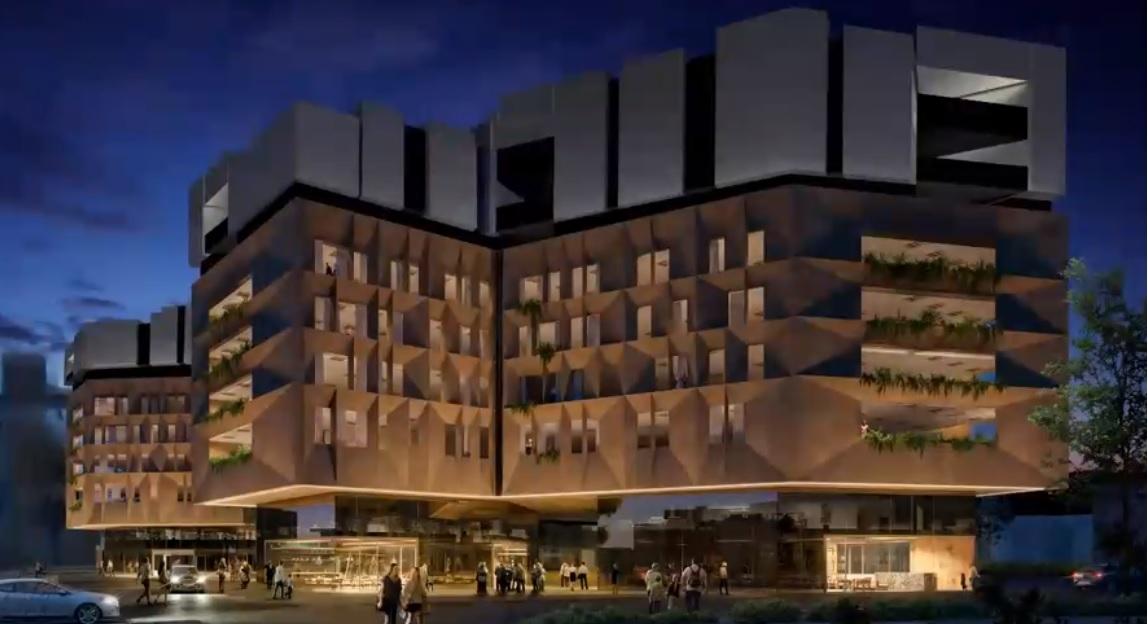 A night-time view of the proposed development.

PA CEO Martin Saliba, however, defended the project on which the Planning Directorate spent almost two years working. He said the development struck a balance between what the developer originally wanted and the sustainability of the project by creating a “destination” for people.

Developer, Jean Borg, said the area was developable and could be sold in individual plots, around 30 in total, with five apartments in each plot, which would create a larger number of apartments than what is being proposed.

“The board has two options: either approve it or else shoot it down and instead replace it with a development that will look more like a government housing estate,” he said.

His architect, Christian Spiteri, said the project was sticking to a height of 31.7 metres instead of the maximum allowable height of 42 metres. He said more than 50 per cent of the project were open spaces, another 25 per cent were roofed open spaced and the remaining built up.

At the end of the sitting, the matter was put off to another date.