Plans for an offshore centre to quarantine migrants infected with COVID-19 have hit a snag after one of the bidders filed an appeal during the tendering process, the Home Affairs Minister has confirmed.

Byron Camilleri was replying to questions from Times of Malta when asked if the government would still be seeking this option even though it will cost taxpayers tens of thousands of euros per day.

However Camilleri said the adjudication of the tender had been delayed after one of the bidders had appealed.

Asked if the government was considering other options due to the financial outlay, the home affairs minister said the cost was of secondary importance.

“Regardless of the costs involved, the worst which could happen would be to end up in a situation whereby there would be no facility to segregate infected migrants from those who are not,” he said.

The home affairs minister noted that similar measures involving an offshore quarantine centre were being taken by Italy. He said the ship would include medical treatment by members of the Red Cross Society and other “in house” medical sections.

“Migrants who will test negative following this preventive period will then be transferred to the open centres,” he added.

Currently, migrants who test positive on arrival are being held in isolation at the Ħal Far Initial Reception Centre with all others being sent into quarantine.

According to the call for the expression of interest, the government is considering housing up to 200 migrants at sea for up to a month. 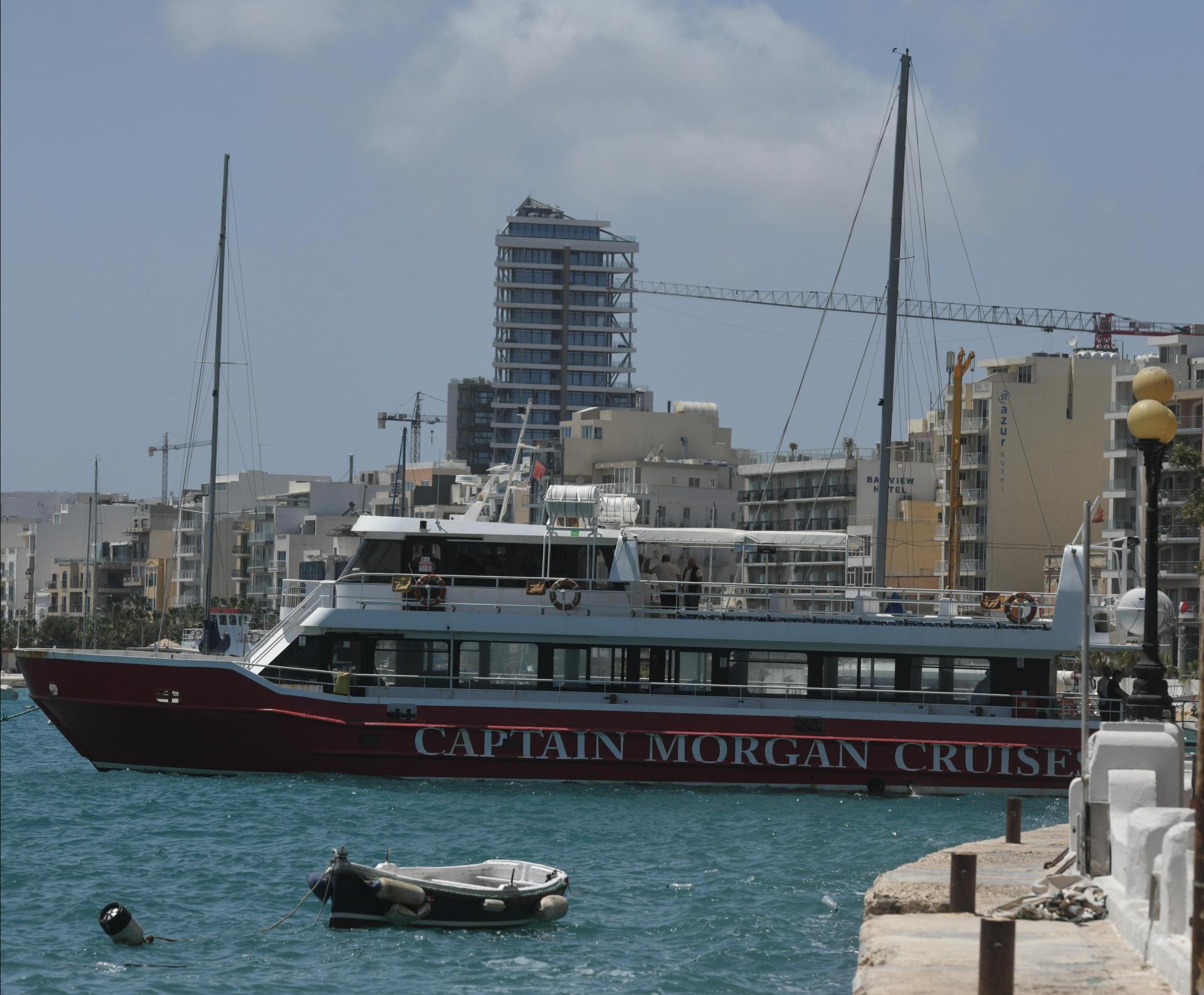 The Bahari was one of the Captain Morgan tourist boats used to house migrants offshore when ports were closed. Photo: Matthew Mirabelli

Aside from the leasing of the vessel itself, bidders are also expected to provide crew, food, cleaning, fuel and security.

The plan has raised objections from NGO Alarm Phone which is claiming that offshore quarantine centres violate human rights.

When ports were closed due to the pandemic, two companies - Captain Morgan and Supreme Cruises - rented their tourist boats out to the government to house migrants at sea.