Four ministers have been found to have misused public resources for material uploaded directly to their private Facebook pages.

They were told by the Standards Commissioner that they should instead share publicly-funded material from their official government Facebook accounts to their own pages.

In a report issued on Thursday, the Commissioner, George Hyzler, says an investigation found that of five ministers investigated, the four constituted bad practice through the wrong use of public resources.

Education Minister Owen Bonnici was not found to have misused public resources.

The Commissioner said the random sampling of five ministers' posts led him to observe that while good practices exist, bad practices and misuses of resources is widespread.

"In my opinion, a number of ministers and parliamentary secretaries have,
to date, failed to properly distinguish between the official and personal
spheres in the use of their personal social media channels", Hyzler said in the report.

The Commissioner said it was common practice for ministers and parliamentary secretaries to publish content that appears to have been created specifically for their personal social media channels using official resources.

"In this way they are using public resources to raise their own personal and political profiles. This represents misuse of public resources and a blurring of their roles as members of the executive and as politicians. This practice should be discontinued", the report states.

The Commissioner said it was an abuse for ministers to use public funds to create material for their personal social media pages.

In his report, the Commissioner enclosed guidelines on the use of social media without abuse of public funds. The guidelines have already been discussed and approved by the government. 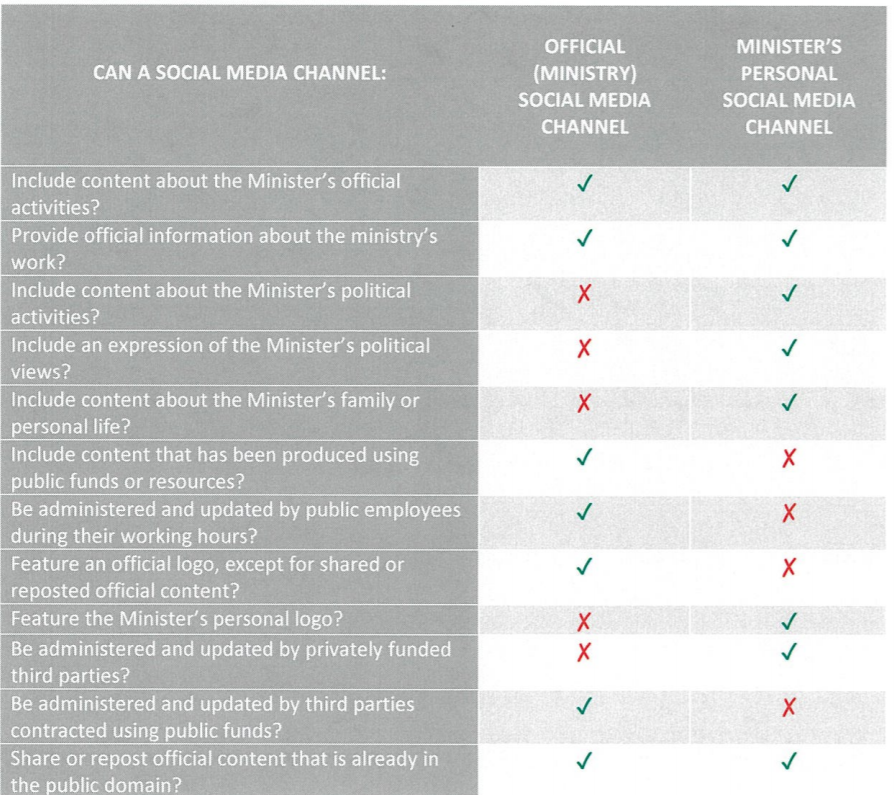 This was the second case involving ministerial use of social media that was investigated by the commissioner.

In the first case, last December, the commissioner said ministers may not use public resources to administer their personal Fecebook pages or produce material for them even if the content is related to official duties.

The commissioner said a distinction must be made between personal and official social media and public resources must be used solely for the latter.

The latest issue was investigated after a complaint by Christian Peregin, CEO of Lovin Malta.

In a reaction, the Nationalist Party said the investigation showed how no distinction was being made between the Labour Party and the government.

It said ministers who had misused public funds should be ordered to reimburse public funds they used for their personal media pages.