A private members' bill proposing the decriminalisation of abortion has been tabled in parliament by independent MP Marlene Farrugia on Wednesday.

Speaking during an adjournment in the House, Farrugia put forward draft legislation to be debated by MPs in a first for Malta, the only EU country that has a total ban on abortion.

The draft legislation goes against the declared position of both sides of parliament and so faces a tough road if it is ever to be passed.

Late on Wednesday the PN said it could never back the decriminalisation of abortion.

Under Malta's criminal code anyone who seeks or helps with an abortion can be sentenced from 18 months to three years in prison, even though prosecutions are rare.

However, last year a UK study said around 400 Maltese women are estimated to travel abroad to have an abortion annually, and around 200 women in Malta are estimated to purchase abortion pills online every year.

What does the bill say?

The proposed amendment calls for the striking off of Article 241(1) of the Criminal Code, which prohibits the ‘procuring of a miscarriage’ and carries a prison term of up to three years.

The proposal also suggests the striking off of Article 242, which holds anyone assisting the abortion punishment for wilful homicide or wilful bodily harm.

The bill suggests that these articles are replaced with a 10-year imprisonment for whoever carries out a forced, non-consensual abortion.

It was seconded by Farrugia's husband, Godfrey Farrugia, who is also an independent MP.

Why did the MP present the bill?

Farrugia said she was putting forward the proposed act with the aim of ensuring that no woman is penalised for trying to safeguard their own health.

She also wanted to see to it that no medical professional should face criminal action for offering such medical assistance.

"We all know that safeguarding women's rights does not come through the threat of putting them in prison," she said.

Farrugia went on to say that the right to life would only be protected by ensuring women are safe and have access to all the necessary services.

It was time, she said, to say no to stigma and usher in a culture of support.

In a post on Facebook later, she said that "being pro-life being pro-life  should not be perceived as conflicting with women’s self determination and reproductive rights."

Her motion triggered a ripple of muttering from MPs in the house who seemed to have been caught off guard by the proposal.

The bill was not on the parliamentary agenda for the day and so, there was no initial reaction inside the house as MPs continued with the agenda without comment.

We will be discussing this... and eventually we will have a position when the time comes.- Bernard Grech

In his first comments outside parliament, PN leader Bernard Grech, said he was in favour of "caring for sexual health, especially of women."

"Of course we will be discussing this in private and obviously consulting with everybody who is ready to discuss with us, and we will eventually have a position when the time comes."

Environment Minister, Aaron Farrugia, who was the first Labour MP to react, had a similar position.

"We are ready to discuss, and then we move from there," he said. "A lot of people have called for this discussion in our country, so it's good we are having such a discussion."

A handful of pro-choice campaigners turned up outside parliament within an hour of Farrugia's surprise announcement, holding banners saying, "Trust Women" and "Abortion is already in Malta". 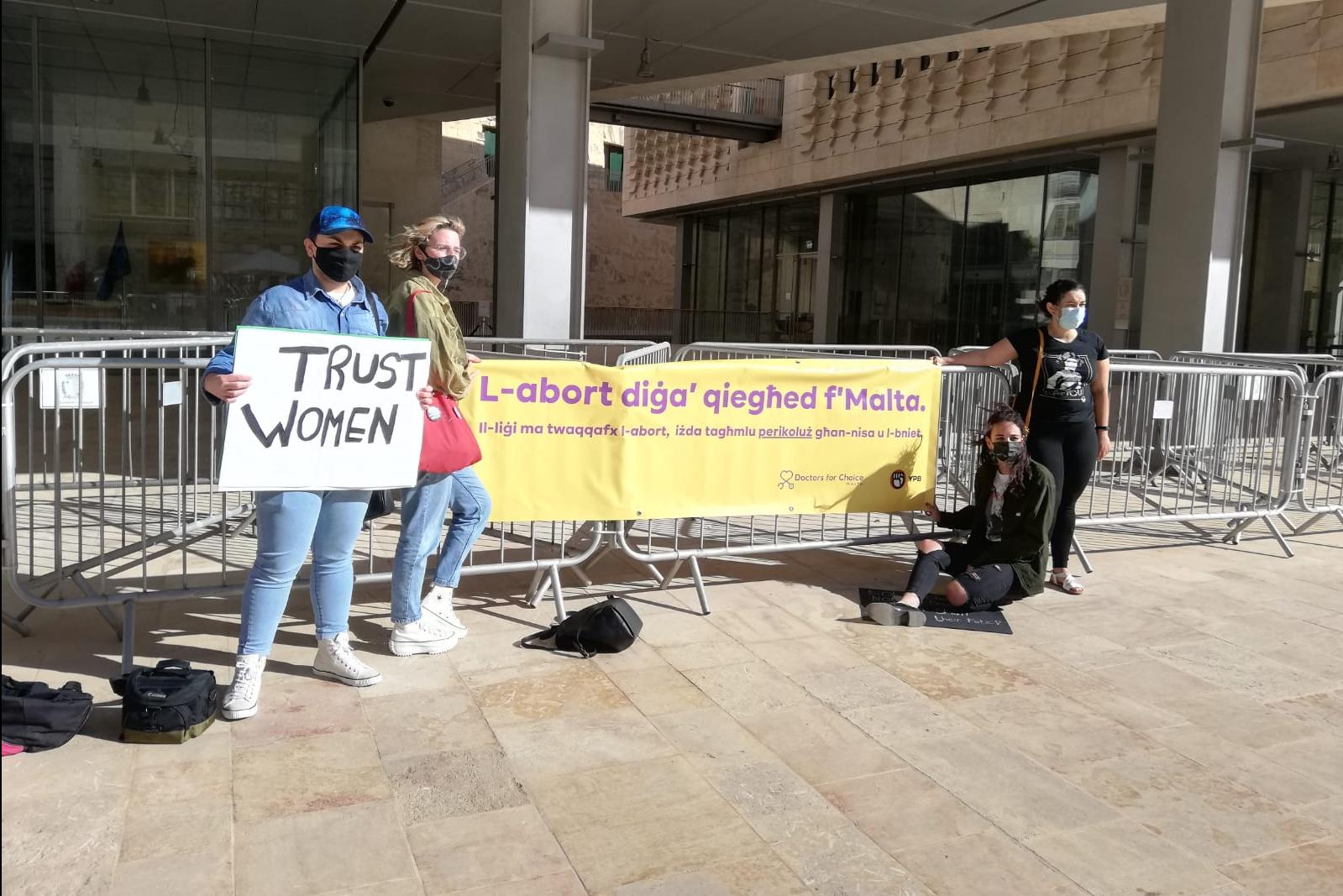 A private members' bill follows the same four-stage procedure as any other proposed legislative changes put to the house.

This means that for Farrugia's proposal to become national law, it will have to go through the first and second readings of its proposals. Then it go before a parliamentary committee, in this case, the standing committee on the consideration of bills. Then it will go to the third and final reading after which it is put to a vote.

In each of these stages, MPs are allocated a chance to voice concerns, objects, or even their support for the proposals. They can also suggest alternative amendments.

The government sets the agenda of the house and so it has the power to stop this issue being debated. Alternatively, the opposition could decide to place the item on the agenda, on one of the rare days reserved for opposition business.

Both of Malta's elected political parties are openly anti-abortion, although Labour's former leader, Joseph Muscat, has pushed for a national debate about the matter.