Olympian Neil Agius swam across the Gozo-Malta channel in two hours on Sunday, while towing a friend who sat on a paddleboard dressed as Santa Claus.

Departing from Marfa at 9.35 am, Agius was able to wrap up the challenge before lunch, with him and his friend Michel Galea touching land at Ħondoq ir-Rummien at 11.36 am. The journey is estimated to be around six kilometres in length.

Agius braved the fresh December waters and arrived to cheers and applause from his family and friends, who were beside him watching closely in a dinghy.

A few friends even jumped in and accompanied Agius in completing the challenge, as he swam the last few metres towards the shore.

Forecasts put today’s water temperature at 19 °C, with Force 4 winds and dark clouds looming above bringing isolated showers. Neither the cold nor the weather seemed to hinder Aguis however, as crossed into the idyllic bay at a steady pace.

A few friends even jumped in and accompanied Agius in completing the challenge, as he swam the last few metres towards the shore.

While the distance may seem like small potatoes for Agius, who in June swam 100 kilometres from Sicily to St Julian’s in 28 hours, the challenge served to raise awareness for Wave of Change, a social movement which encourages civilians to pick up three pieces of litter and post about it on social media.

This December challenge, however, also aims to raise awareness about obesity.

Galea, known to his friends as Mixu, has pledged to lose 10kg should Agius succeed in pulling him across the Malta-Gozo channel.

His weight-loss journey begins on January 2 and will be documented on social media by Wave of Change. 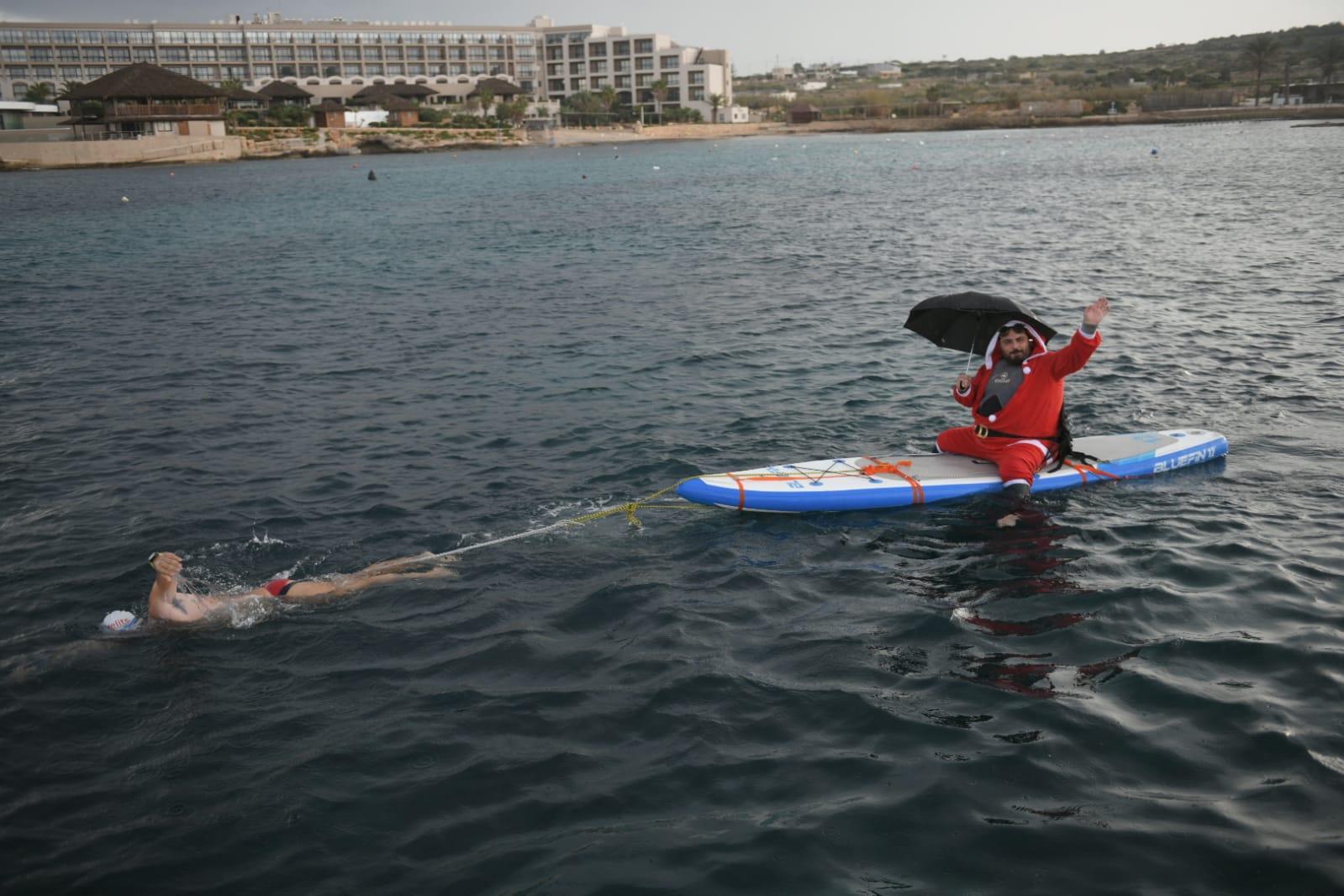 The duo at the start of the endurance test, on the Malta side of the channel. Photo: Matthew Mirabelli

Wave of Change Malta was founded by Agius in a bid to inspire and support people in Malta to leave an impact on the environment.