Updated 10.07am with Gafa's comments

Notorious government official Neville Gafà has said under oath that he had co-ordinated the pushback to Libya of 51 migrants involved in a tragedy over Easter following the instructions of the Office of the Prime Minister.

Gafà repeated the claim to the media as an ongoing inquiry is not open to the public.

“I confirm that on Easter night and the days that followed I was involved in a mission in which a boat with 51 irregular migrants including 8 women and 3 minors were taken to port in Tripoli. On the same boat were five corpses.”

He claimed he had also coordinated another boat with 30 tons of food and drink to the same destination in the port of Tripoli.

“I ensured that this boat would be such that it would not catch the eye and become a target for some air-strike,” he told Newsbook.com.

'OPM asked me to assist'

He claimed he took action on the instructions of the Office of the Prime Minister after it asked him to assist through direct coordination with the Libyan Home Affairs ministry and the Libyan Coast Guard.

Gafà confirmed he had been co-ordinating the operations for the past three years.

“I swore all this under oath in front of the magistrate this morning in the criminal inquiry relating to this case”.

Contacted by Times of Malta on Thursday morning, Gafà said: "I wish to confirm that during the years when i was coordinating such missions, no pushbacks have ever been done. I was only preventing migrants from entering Maltese SAR (search and rescue area)".

He said that between July 2018 and January 2020, whenever migrants entered Malta's SAR, they were brought to the island and the "direction" during that time was there should be "no pushbacks".

"If we knew of any boats headed to Malta's SAR, we would draw the attention of the Libyan coastguards, who would re-divert any boats in Libyan waters, back to Libya."

Asked about the fatal Easter night mission he said he wanted to keep with what the government had said in its official statements.

Queries sent to OPM on Wednesday night and again on Thursday morning requesting a reaction have not yet been replied.

This sworn declaration came after the Catholic news agency L’Avvenire gave an account of the tragedy in which Malta, Italy and the EU were accused of shirk their duty to save lives.

It said the migrants set sail from Sabratha in Libya between April 9 and 10 and drifted for days without food or water in an attempt to realise their dream of arriving in Europe on Easter day.

Prime Minister Robert Abela gave a televised address to say that he had ordered an investigation after Repubblika called for an investigation into himself, AFM brigadier Jeffrey Curmi and crew members of patrol boat P52. 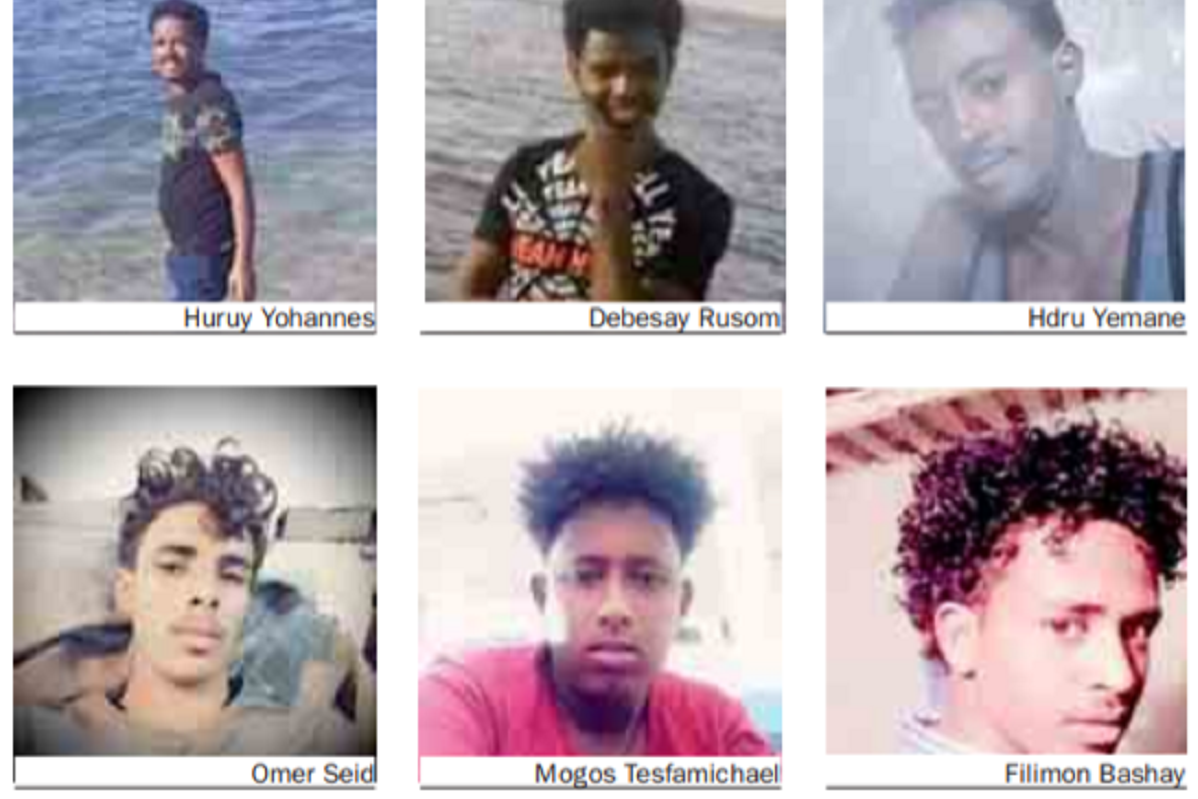 The migrants identified by L'Avvenire.

'I used to flag routes'

In a Facebook post on Monday, Gafà said that his past efforts to stop migrant arrivals did not go down well with some.

"I used to flag routes used by migrants to flee Libya and sail to Malta… as I said in court a few weeks ago, between July 2018 and January 2020, when I used to coordinate these missions, the number of migrants headed to Malta was going to be phenomenal. It is clear that in Malta there are those who support NGOs and even guide them on how they should attack me in order to shut me up.”

Gafà, the once-mystery OPM official was mired in controversy during Joseph Muscat's administration and is a close confidante of Keith Schembri.

Gafà was alleged to have been involvement in an alleged visa fraud racket and admitted to meeting with a Libyan militia leader during a visit to Tripoli.

It took Muscat over seven months to explain to the public the exact nature of Gafà's role.

Malta said it is not in a position to guarantee the rescue of migrants and will not allow any further disembarkation of rescued persons, because of the COVID-19 pandemic.

The European Commission said that while it was ready to help facilitate relocating migrants once they had been brought ashore, it would not weigh in on the disembarkation of migrants crossing the Mediterranean.

His declaration meant the prime minister had ordered actions which violated Malta's obligations under the European Convention of Human Rights including the protection of life and preventing inhuman treatment.

The group said it expected an investigation and action on the basis of results.

It recalled how on Easter Sunday a boat which had left from Malta picked up migrants who had been drifting and pleading for help for almost a week and took them back to Libya.

The Maltese government had not replied to questions but Gafà had testified that the government participated in an operation that was illegal, in coordination with people who used torture, rape and detention as tools to achieve their aims.

Repubblika therefore called for an independent, public inquiry to establish the facts.

It regretted that the victims of the government's actions were migrants who had drowned, died of thirst or been returned to brutal concentration camps in Libya.

It also regretted, however, that the government had not kept its promise to submit to the rule of law and start cleaning up Malta's international reputation. Indeed, the situation was made worse.

A group of 25 civil society organisations also demanded more information after Gafa's revelations as well as the fate of around 62 migrants in distress at sea whose fate is shrouded in secrecy.

"For more than 24 hours, men, women and children were known by European and Maltese authorities to be in distress within Malta’s Search and Rescue Zone, yet nothing is known of actions taken to ensure their safety. We remain in the dark as to whether the government decided to rescue them, to refuse their entry to Malta, to return them to Libya or to let them drown," they said.

They said it was disconcerting that news of migrants about to drown and who could be saved by Malta’s prompt intervention does not trigger any sort of response from the government.

The groups said they were particularly appalled that the government had made no attempt to explain its relationship with the private fishing vessel returning migrants to atrocities in Libya.

"Furthermore, yesterday’s revelations by Mr Neville Gafá, confirming his coordination of illegal pushback operations under instruction from the Office of the Prime Minister, warrant full disclosure by the same office."

The groups insisted that returning migrants to Libya is a clear and unequivocal breach of international law, confirmed in 2013 by a decree of the European Court of Human Rights against Malta.

"Attempting to circumvent these obligations through the engagement of a private vessel would in no way absolve Malta of its legal and moral responsibilities. On the contrary, if such allegations of collusion were to be confirmed, they would indicate a cowardly and callous approach to human dignity itself."

They said it was imperative for the government to disclose details of all Gafá’s activities in relation to illegal pushbacks to Libya.