The migration policy proposed by the EU on Wednesday is a good start for “reasonable discussion” according to Foreign Affairs Minister Evarist Bartolo, however, it falls short of addressing the concern of small states hosting more asylum seekers than they can bear.

Touted as a “fresh start” on migration by the European Commission, the Pact on Migration and Asylum puts to bed the Dublin II Regulation. Among others, it is proposing new compulsory pre-entry screening that does not take more than five days to complete, and a faster asylum border procedure that should not take more than 12 weeks.

It is also proposing ‘return sponsorships’, where a member state takes over responsibility for returning a person with no right to stay on behalf of another state. If an EU country fails to return migrants to their country of origin within eight months, it must take them in.

Malta and other EU border countries have repeatedly complained about a lack of solidarity by other member states.

Asked for his initial reaction, Bartolo told Times of Malta on Thursday “the general direction of the proposal is a good basis for a reasonable discussion but there are issues to be addressed.”

But, he asked: “Why not have NGO ships disembark the irregular migrants in a port of the flag state? What happens if a small state like Malta has more asylum seekers than it can bear because of its size, how will they be relocated to other EU states? How are we going to ensure that countries of origin cooperate in taking back irregular migrants?”

No one should be able to exonerate themselves from responsibility – Metsola

Addressing the committee on home affairs on Thursday, PN MEP Roberta Metsola also called for more clarity on how uncooperative countries will be made to shoulder responsibility.

Metsola, who will head negotiations on behalf of the EPP Group, has cautiously welcomed the new proposals, including the withdrawal of the Dublin Regulation.

?️ “The new proposals contain a number of important elements that we have long called for”, says @RobertaMetsola MEP about the New Pact on Asylum & #Migration announced by the @EU_Commission.

However, she warned that when it comes to solidarity, the EU needed to ensure that all member states played their part and no one was able to “exonerate themselves from responsibility”.

“What happens to those member states who simply refuse to change the status quo,” she asked.

Metsola welcomed the emphasis on efficient, safe and faster returns. “We cannot allow a situation where two-thirds of those not eligible for protection remain in Europe and our resources must go towards those who need them the most.”

But while faster border processes were important and a five-day window looked good on paper, identification alone took time, she insisted.

She also called for clarity on the eight-month time window for returns and preventing abuse, among others, of family reunification measures.

Reacting, European Commissioner for Home Affairs Ylva Johansson said that it was “absolutely possible” to process people in five days. Many states were already doing it and the pact proposed the distribution of applications among states to determine who is responsible for each applicant.

In the Commission’s proposal, the country responsible for the application could be the nation in which a migrant has a brother or sister or in which he or she has worked or studied. Any country that issued a visa to a migrant will have to take care of any asylum application.

Johansson reiterated that the proposal would avoid leaving people in limbo.
Referring to returns, she said the EU already had 24 readmission agreements with third countries, most of which are working well. 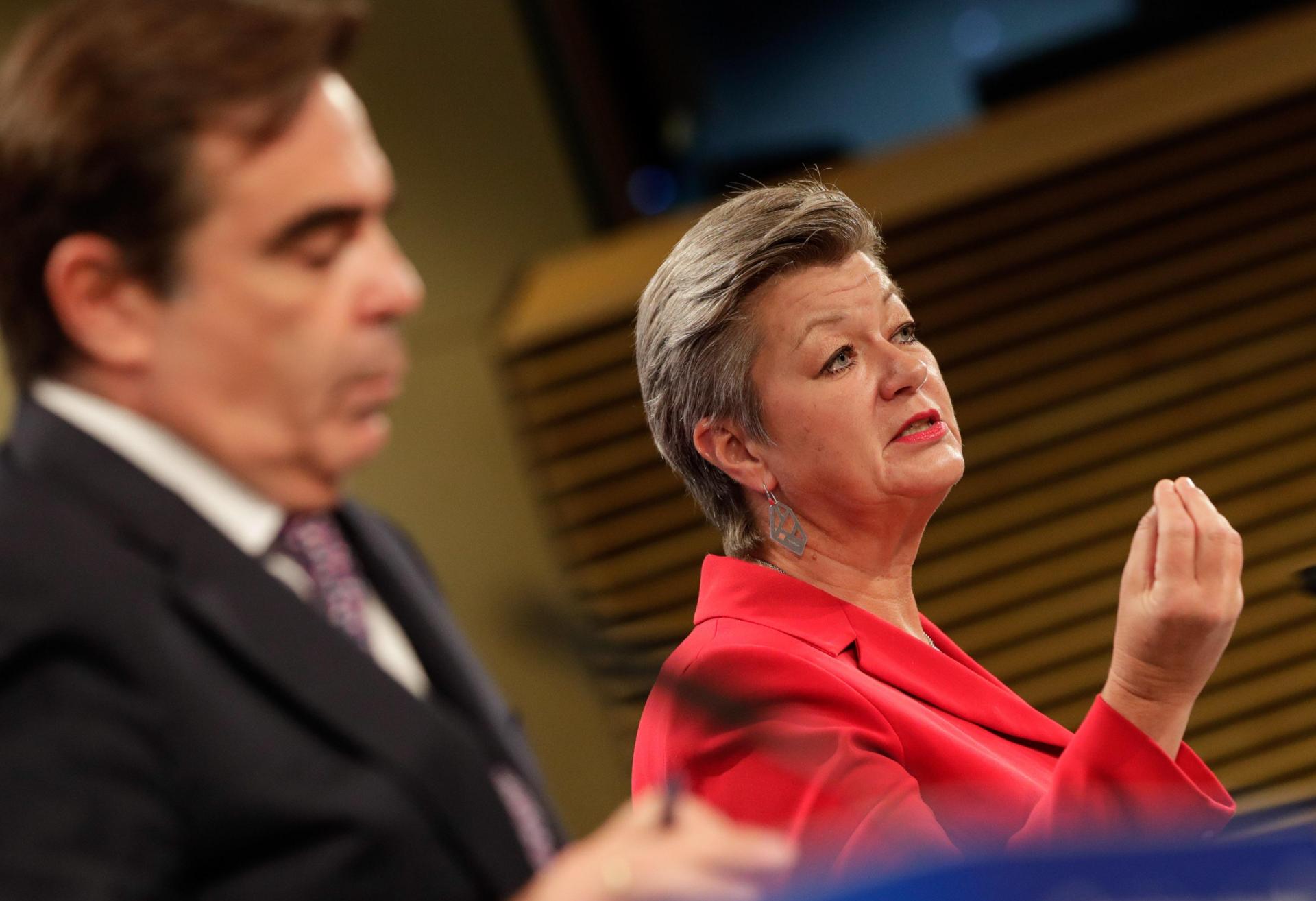 All member states to ensure there are no pushbacks – Johansson

She also warned that pushback violated the right to apply for asylum.

The proposed legislation makes it mandatory for all member states to set up independent monitoring mechanisms at their borders to make sure there are no pushbacks and also ensures that member states must investigate allegations to pushback, she said.

“We all know that many migrants are in a dramatic situation also in the EU, and to be able to address that, I would encourage you to not dramatize the migration legislation and policy. We need to be calm and sober to reach the necessary agreement to ensure that they are not left in this dramatic situation.”

Commission Vice-President Margaritis Schinas, who also addressed the committee on Thursday warned that Moria tragedy, which has seen Greece’s largest migrant camp destroyed in a fire leaving thousands without shelter, was a reminder of everything that needs to be different in Europe.

“It is the tangible example of the cost of a non Europe. Why is Moria so painful? It is the result of the current non system: there is currently no European migration policy, and what we have, instead, is a patchwork of interventions, and the resulting bottlenecks, violations and black holes.”

It is now up to the European Parliament and Council to examine and adopt the full set of legislation necessary to make this common EU asylum and migration policy a reality.