Speaking before entering Parliament after the businessman was arrested in connection with Daphne Caruana Galizia's murder investigation, Dr Muscat said: "Facts speak louder than words. There is no impunity in this country".

Asked about his chief of staff Keith Schembri's future, Dr Muscat again said he never shied away from taking decisions. Asked if Mr Schembri would be at his office as usual tomorrow, Dr Muscat said he would let the current process take its course.

Mr Schembri has publicly acknowledged having what he described as "draft business plans" with 17 Black, a Dubai company owned by Mr Fenech.

A leaked email identified 17 Black as one of the main sources of income for secret offshore structures set up by Mr Schembri and Tourism Minister Konrad Mizzi.

Amid pressure for is own resignation from activists and opposition politicians, Dr Muscat on Wednesday dismissed stepping down to prevent unduly influencing ongoing investigations. The Prime Minister said his job was to ensure that the institutions did theirs.

"The decisions [about the investigation] are not being taken by me".

Dr Muscat said he was here to ensure things were done properly and the process takes it course.

Earlier, he said there was no indication that politicians were involved in Daphne Caruana Galizia’s assassination.

Addressing journalists shortly after businessman Yorgen Fenech was arrested on board his yacht, Dr Muscat said he was informed that "until now" there was nothing pointing towards Keith Schembri’s or Konrad Mizzi’s involvement in the journalist's 2017 murder.

Leaked documents revealed that Mr Fenech was the owner of an offshore company, 17 Black, that was cited as the source of funds for offshore companies set up by the prime minister’s chief of staff Keith Schembri and minister Konrad Mizzi.

The Prime Minister said he was not in a position to officially confirm the reason behind Mr Fenech’s arrest though at one point he described him as a "person of interest".

He said that he would allow investigations to take their course before he made any decisions about resignations.

"Today, that is not a consideration I can make," he told reporters.

He said Wednesday’s operation showed the government’s and his own personal commitment to get to the truth.

Investigators had acted as soon as they had enough facts in hand to ensure a solid case, he said. Had they acted prematurely, the whole case could have collapsed, Dr Muscat said.

Dr Muscat said he was limited in what he could say, as every word he uttered could prejudice the case.

He said he had not yet received word from investigators recommending a pardon for the alleged “middleman”.

On Tuesday, Dr Muscat had announced that the alleged middleman had been promised immunity if information he provided about the murder mastermind led to a prosecution. 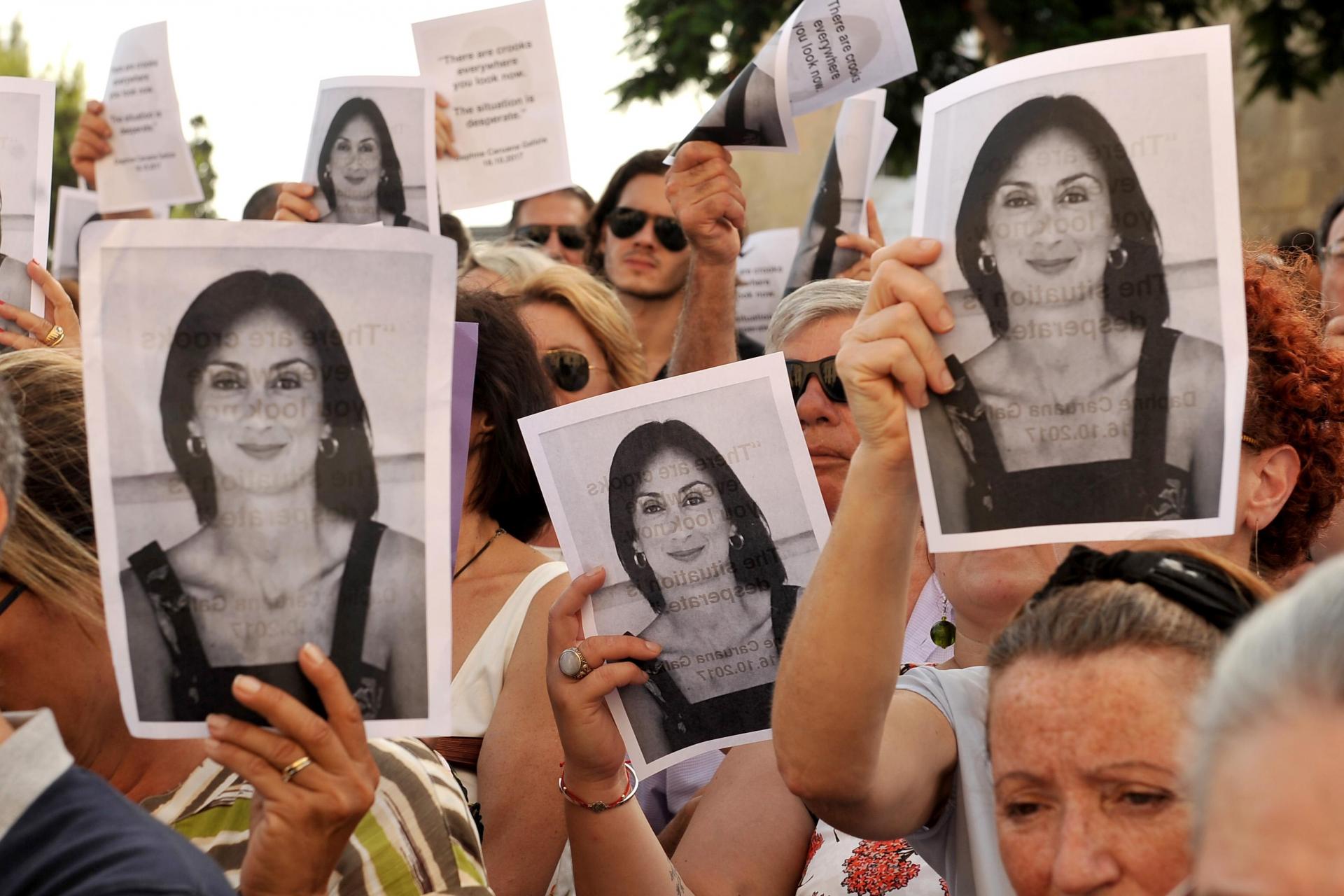 “What happened in the past hours has clear implications and connotations.  I will hold back from commenting on the judicial process, justice must take its natural course… But I have a Constitutional duty to comment on the political implications of these developments,” Dr Delia said.

He said Prime Minister Joseph Muscat had long been ignoring calls for the removal of his chief of staff Keith Schembri and Tourism Minister Konrad Mizzi.

It was unacceptable that right now Mr Schembri was sharing an office with Dr Muscat and that Dr Mizzi still held public office.

Yacht intercepted early in the morning

Mr Fenech was taken into police custody after the Armed Forces of Malta intercepted him aboard his yacht at around 5.30am as it left the Portomaso marina in St Julian’s. Police now have 48 hours to interrogate and press charges against him.

The incident occurred just 24 hours after Dr Muscat confirmed that a suspect in the Caruana Galizia murder case has been promised immunity in exchange for evidence identifying the murder mastermind.

Dr Muscat said that he had ordered increased surveillance after announcing the pardon plans.

“Had I not done that, today we might be talking of a person or persons of interest having potentially escaped,” he told reporters.

Ms Caruana Galizia was assassinated in a car bomb explosion in October 2017. Three men have been charged with planting and detonating the bomb.

Mr Fenech is the CEO of Tumas Group, a holding company with interests in hospitality, property, casino, energy and shipping sectors.

He is a director of the Electrogas consortium which won a tender to build and operate a gas-fired power station, shortly after Labour returned to power in 2013.

Ms Caruana Galizia had written about 17 Black in the months before her murder.