Yorgen Fenech, a suspect in the Daphne Caruana Galizia murder probe, will not be granted a presidential pardon, Prime Minister Joseph Muscat announced on Friday.

Mr Fenech asked for a pardon twice, claiming he could reveal other names higher up in the chain who had ordered the murder of the journalist in October 2017.

The police commissioner and the attorney general recommended a refusal to the Prime Minister when Mr Fenech first requested it, Dr Muscat said.

In the last week, Mr Fenech upped the pressure and named the Prime Minister's former chief of staff Keith Schembri as the mastermind of the murder, prompting Dr Muscat to let the Cabinet to take the decision.

After the marathon meeting, all Cabinet members agreed there were no grounds for the pardon, he told a news conference.

"I left the decision up to them. The recommendation is that there are no reasons to give a pardon."

Through his lawyers, Mr Fenech has filed another application to bypass the government and asked the President for a pardon.

Times of Malta is informed that the Caruana Galizia family is also objecting to a pardon for the businessman.

Dr Muscat said the middleman's evidence was crucial in reaching a breakthrough in the case.

He dismissed suggestions that his position and friendship with Mr Schembri had compromised the investigation.

"I was never asked to keep Mr Schembri out of any briefing," he replied, when asked if he felt it was unethical to have his former chief of staff involved in meetings with the Malta Security Services.

"My job is to close the case under my watch," Dr Muscat said.

The statement was made after a marathon Cabinet meeting called for 8.30pm, which ran until 3am.

The meeting was called shortly after the outgoing chief of staff Keith Schembri was released from arrest in connection with the Daphne Caruana Galizia murder.

In a statement, the police said they had no need to detain Mr Schembri under arrest any longer, sparking anger across many quarters who believe he should have at least been detained for obstruction of justice.

The Prime Minister said "every step" of the investigation was being coordinated "with Europol and experts in the field".

Tension behind the barricades

At one point there was commotion between a group of protestors and the police who held them back behind barricades, outside.

Matthew Caruana Galizia, the victim's son, gave an emotional statement outside Castille revealing that the family of the murdered journalist have been given no information about the release of Keith Schembri. They found out, like many others, through a post on Facebook by the police.

"They're still protecting him. They're in there trying to work out either how to give Keith Schembri his job back or to help get him to a country where he can't be extradited back to Malta. It's completely outrageous," he said. 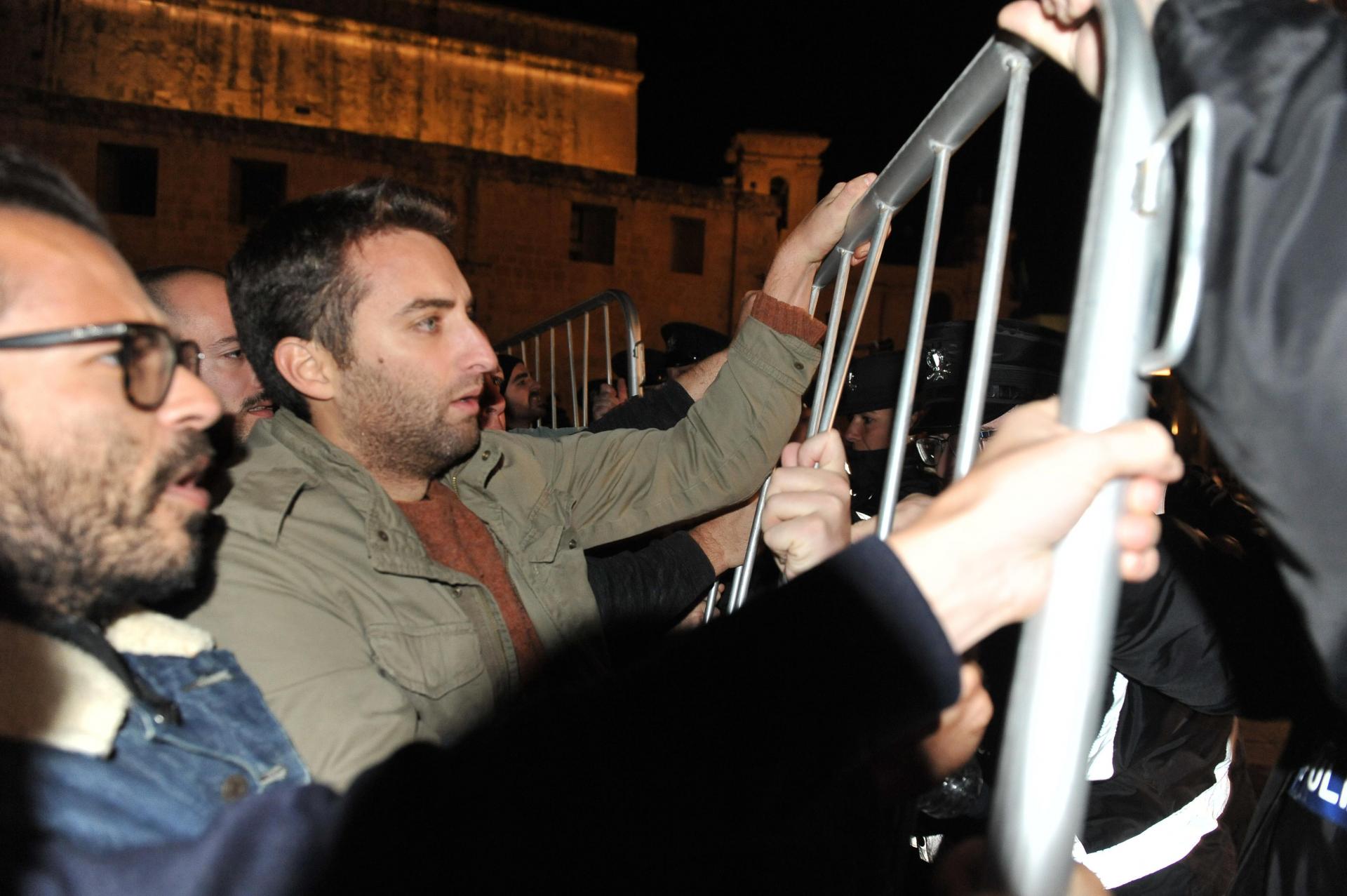