Plans for a massive project comprising four tunnels in the Paceville area will only be publicly accessible at a later stage, even though a development application was submitted months ago.

A spokesman for Infrastructure Malta, which is piloting the project, told Times of Malta that the application was still at screening stage – the term used for the preliminary assessment by the Planning Authority.

He also pointed out that the authority was waiting for feedback from third parties on what studies would be necessary.

Concerns about a lack of transparency surrounding the project, which will affect thousands of residents living in St Julian’s, Pembroke and Swieqi, stemmed from the fact that only a so-called ‘ghost’ application is yet available on the Planning Authority’s website. In these cases, when submitting the reference number the user is informed that “no complete application” is found.

What are the planned tunnels?

The project will affect a large area from the upper end of the Coast Road at High Ridge down to Manwel Dimech Bridge in St Julian’s. Furthermore, the largest tunnel measuring 1.5 kilometres, which will bypass the residential area in Pembroke, will link the Coast Road to the former ITS site in St George’s Bay which is earmarked for the controversial massive development by db Group.

St George’s Bay will also be served with a separate tunnel for traffic approaching from the south of the island from Regional Road through an underground link from the traffic lights junction at the Paceville entrance.

This spot will also be the access point for a separate 500-metre tunnel, which will cross the upper part of Ħarq Ħamiem Valley and exit in Walter Ganado Street Pembroke.

What has Infrastructure Malta done with the plans?

When the project was announced, Infrastructure Malta had said that the application was submitted on May 3 but a few days ago a spokesman told the Times of Malta it was filed in June. 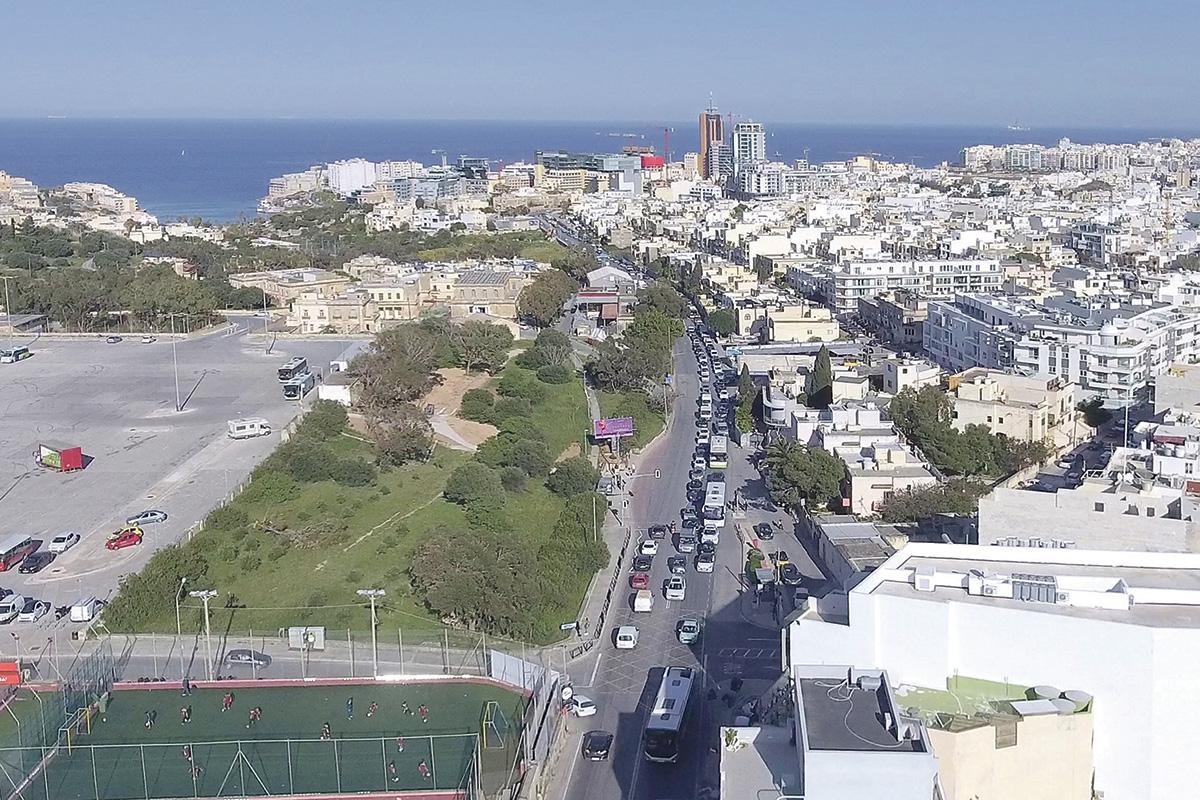 The tunnels are meant to ease traffic congestion around Paceville and St George’s Bay.

Furthermore, he said that the Planning Authority was awaiting feedback from “statutory consultees” to determine the list of studies required to forge ahead.

Asked for a date when the public would be able to access the plans, Infrastructure Malta gave no precise reply saying that the application was at screening stage.

“During this stage, the authorities review and confirm the documentation before making it publicly available to launch subsequent phases of the process, including public consultation,” a spokesman said

However, Infrastructure Malta said that in the meantime interested parties could get an idea of the project through an outline design published last May on its Facebook page. Moreover, he said it would be holding talks with stakeholders, including local councils to discuss and further “refine” these plans while inviting interested parties to contact the agency for further information.

Why are plans not publicly available?

In recent months the Planning Authority has come under criticism in the wake of its decision to restrict public access to pending applications until they are published in the Government Gazette or a site notice is affixed onsite.

During this interim period, which may last months, these applications will be listed as “incomplete” on the Planning Authority’s website.

Though the Planning Authority justified such course of action on the grounds of a legal notice published in 2016, environmental groups criticised the measure saying this was meant to give objectors less time to file their submissions.