A former police commissioner has said he never discussed any ongoing criminal probe with prime ministers and always ordered investigations into reports of financial crime.

John Rizzo also recalled how Joseph Muscat had called him within minutes of winning the 2013 election to ask whether Daphne Caruana Galizia was OK.

Mr Rizzo, who served as police commissioner between 2001 and 2013, was testifying in a public inquiry into the 2017 murder of journalist Daphne Caruana Galizia. Parliamentary speaker Anġlu Farrugia also testified during Tuesday's sitting.

Mr Rizzo reacted with incredulity when asked whether he used to order investigations into reports passed on to the police from the Financial Intelligence Analysis Unit investigation.

“Of course!” he exclaimed. “I was duty-bound to do so, it wouldn’t even cross my mind to do otherwise.”

Mr Rizzo was transferred out of the police force in 2013, shortly after the Labour government came to power.

In the ensuing years, the police have come under fire for sitting on FIAU reports concerning politically exposed persons, such as minister Konrad Mizzi and the prime minister’s chief of staff Keith Schembri, who were both named in the Panama Papers leak.

The police have said that they "gather information" on all FIAU reports passed on to them.

On Tuesday, Mr Rizzo recalled how he had wanted to press charges against former European Union commissioner John Dalli over bribery allegations. He said he had discussed the case with Manuel Mallia, who at the time was Home Affairs Minister, and his chief of staff. 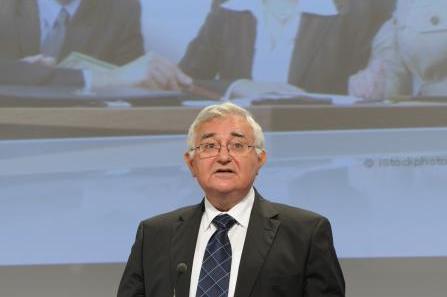 However, he had been transferred out of the force before that happened and his successor as commissioner, Peter Paul Zammit, had decided otherwise, he said.

Mr Rizzo was at pains to assure the inquiry that he had never faced any political interference during his tenure as police commissioner.

“There was never any interference and I had absolute freedom to do what was best for the corps,” he said.

Although he said he had discussed the Dalli case with minister Mallia, Mr Rizzo also said he had never discussed details about ongoing cases with the prime minister.

By contrast, the lead investigator in the Caruana Galizia murder case has testified that he was occasionally called to Castille to brief the prime minister and his former chief of staff Keith Schembri about developments in the case.

During his testimony on Tuesday, Mr Rizzo recalled how police were already keeping regular watch on the Caruana Galizia family home in Bidnija.

Protection would be increased or tempered as the situation required, but it was a constant, he told the inquiry.

"We provided protection depending on what the situation demanded. She [Daphne] never actually asked for it. Perhaps there were times when it even bothered her," he said.

Mr Rizzo said he could not recall how or when the protection ended, saying he had no recollection of having ever ordered it to cease.

He did however remember a phone call he received from Joseph Muscat a short while after the 2013 general election result was announced.

There was noise in the background and votes were still being counted, Mr Rizzo recalled.

“I took that to mean that he was asking about Daphne Caruana Galizia”.

In previous sittings, members of the Caruana Galizia family told the inquiry that police protection ended once Mr Rizzo was moved out of the police force in 2013.

Ms Caruana Galizia was killed in October 2017, when a car bomb blew her up as she was driving away from her Bidnija home.

During his hour-long testimony, Mr Rizzo also touched on the circumstances leading to the end of his lengthy police career.

Mr Rizzo told the inquiry that he had been called into Dr Muscat’s office, told that his time as police commissioner was up and given the opportunity to say where he wanted to be moved to.

“I suggested the Malta Security Service,” he said.

But the next day, Dr Muscat’s then-chief of staff Keith Schembri had spoken to him and told him that there was a change of plans.

The prime minister, Mr Schembri told Mr Rizzo, needed him at the Civil Protection Department instead. The job would come with the same pay, with an additional €10,000 for a consultancy role.

Mr Rizzo said he rejected the €10,000 role out of principle.

In a one-line statement, former European Commissioner John Dalli said it was "remarkable how these perjuries are all repetitions of statements made by the megalomaniac hate-mongers".

He sent a longer statement a few minutes later stating that during his testimony under oath, Mr Rizzo perjured himself by giving false information.

Referring to Mr Rizzo's statement that local police had investigated allegations against him from scratch, Mr Dalli said that in his testimony in court on December 12, 2012, Inspector Gafa had said: “The Maltese police reopened the Olaf investigation, widening the original Olaf report's conclusions by interrogating more persons. The investigation was a "double check" on the OLAF report.”

As for Mr Rizzo's quote that the police must investigate whenever a report was filed, even if it wass anonymous, Mr Dalli said this was another untruth as he made a number of reports directly to him, which he never did anything about.

"I will restrict myself to this for the time being," Mr Dalli concluded.