An old, long disused għonella has been given a new lease of life after being on the brink of being thrown away.

The għonnella, sometimes referred to as a faldetta, was a woman's shawl worn over the head and outer garments. The upper part was starched and given a broad, rounded frame, formed by means of a board, cane, or whalebone. Usually black and generally made of cotton or silk, its use petered out after the war, with the very last examples seen in Gozo in 1991. 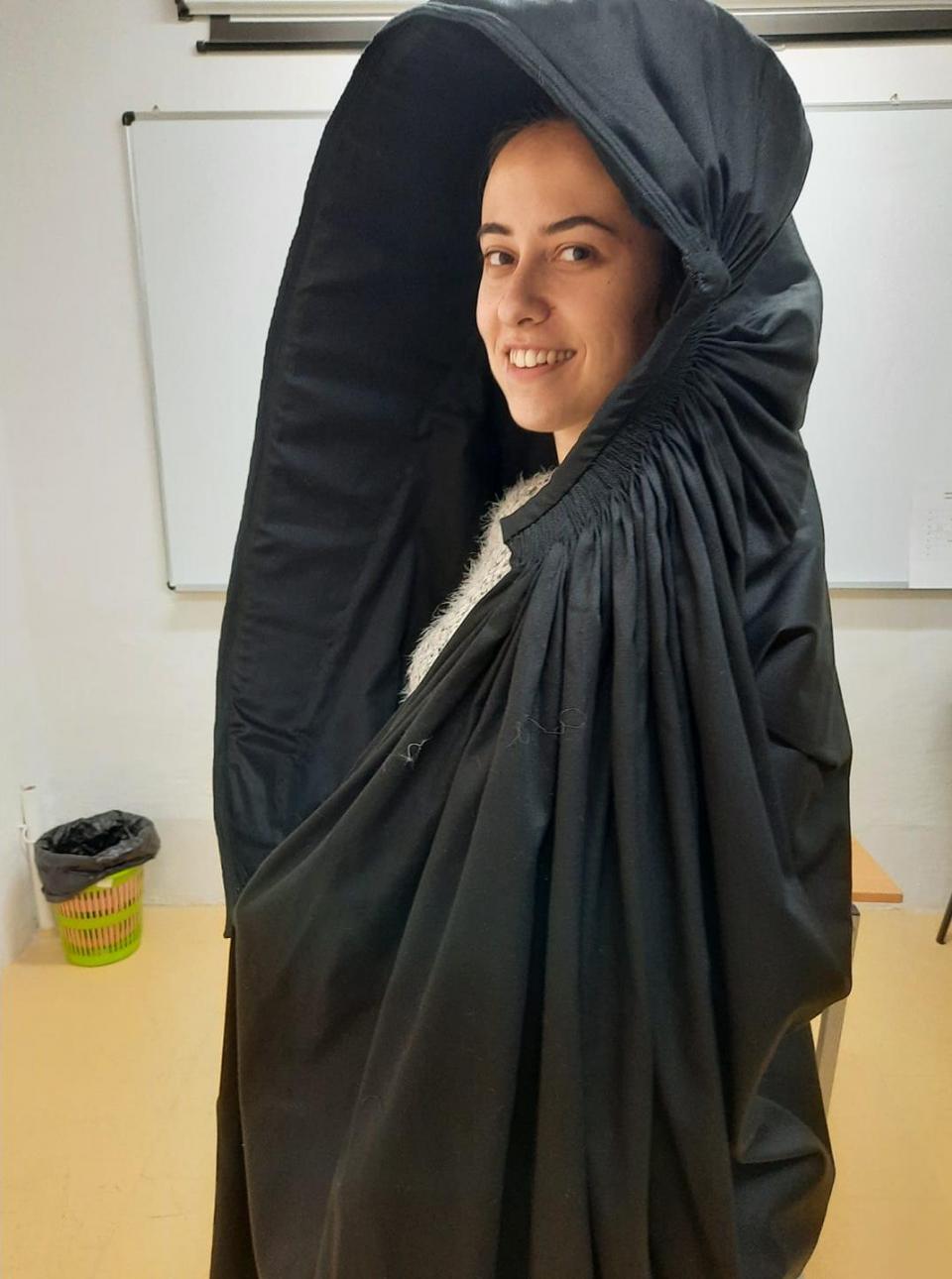 One of them survived hidden away in the wardrobe of a house which was about to be demolished but was found by a construction worker. He took it home but his wife was not too happy as it took a lot of space.

"A client of ours wanted to sell his house in Floriana and he asked us if we were interested to buy it. Although not particularly interested we went along to view it," she said.

"As we were going through the house, he started chatting to us telling us that once he moves he would have to throw many things away including the għonella. It was in a very bad condition and covered in dust. He said he had stumbled on it while clearing an old house which was being renovated. His wife had been telling him to throw it away because it was tattered and took up a lot of space. I told him that I was interested in it so he told me to take it away there and then."

She sent it off to a professional seamstress who spent many hours changing some of the material and restoring it.

"We thought it would be a good idea to get someone to help us restore it as we plan to use it when we do lessons about Maltese culture to our foreign students. We run a language school here in Floriana. Having something like this would be interesting and useful," Galea added.

She said she remembers that her own grandmother had an għonella but does not recall ever seeing her wear it. She does, however, remember seeing some women still wearing it when she was still a child.

"A number of years ago I had participated in a cultural fashion show in Cairo and had modelled wearing the għonella. At that time I had hired one from the Manoel Theatre. It was very well received by the journalists and I remember being interviewed about our traditional dress which was described as very elegant. While most traditional dresses are very colourful, ours is black and very elegant.

The restored għonella is now on display at her office.

"It is part of the Maltese history and culture. Whoever has one, or finds one should preserve it or restore it," she said.