Social media was on Saturday flooded with tributes to Oliver Friggieri, the man who instilled a strong love for the Maltese language in many.

Friggieri, who died at home aged 73, will live on through his work, and will be remembered as an author, literary critic, educator, philosopher, colleague, friend and father.

It was his daughter Sara who broke the news on Facebook, saying her father had died in the morning.

Archbishop Charles Scicluna was one of the first to pay a “heartfelt” tribute. Friggieri, he said, “taught us to love the Maltese language and be proud of our literary heritage.

The news shocked fellow author Alfred Sant, a former prime minister, who has known Friggieri since the mid-1960s.

“We did not always see eye to eye, but we were never adversaries – you could never be an adversary of Oliver because one of his best qualities, apart from the arts, culture and education, was a profound sense of tolerance.”

Throughout the decades, his prolific writings were testimony to the Maltese genius, as the Maltese society transformed from a colonial to a more liberal one. Friggieri, he added, was a driving agent in ensuring that Malta opened its doors culturally and artistically after the Second World War. 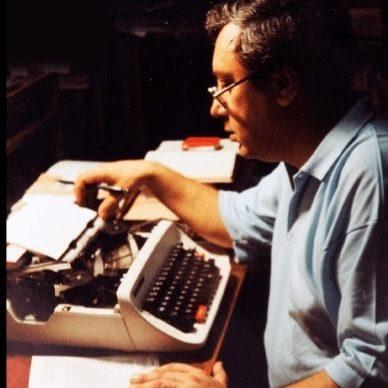 Friggieri’s former student, fellow writer and colleague Ġorġ Mallia penned a poetic tribute, accompanied by a portrait of his mentor.

“He was the man we emulated when we tried to understand the depths in the cavernous maws of literature... he gave us the method, he built the way with his incredible mind.

“He was my friend throughout the years, and a colleague for the last two and a half decades. But always, he was the master and I was the student. Always his words lifted me to levels my own mind would not be capable of traipsing on its own. He was the man who brought us a modern awareness of our literature.”

His close friend and fellow poet Daniel Massa will remember him as “working tirelessly” all his life for the cause of Maltese literature and all that is Maltese.

“Your numerous brilliant works will remain a beacon, lighting up the way for a younger generation of writers,” he said upon learning of his passing away.

The university’s Faculty of Arts said the country had lost an icon: "a life has come to an end, but what a life fulfilled! What better epitaph than one from a poem by the master he spent so much of his life studying: Non Omnis Moriar".

President George Vella offered his condolences to the family of the man “respected by everyone”, who was also a “staunch promoter of the Maltese language and identity”.

Former president Marie-Louise Coleiro Preca posted a photo of herself with the writer soon after he gifted her a series of books for the Melitensia library set up at San Anton Palace.

As the tributes poured in, Prime Minister Robert Abela described Friggieri as a man of great humanity and humility.

“Today our country lost a point of reference, and a man who served his country of birth with loyalty in every role he was entrusted with.

“Above all, he was a man who dearly loved Malta, its people and language.”

PN leader Bernard Grech referred to Friggieri as a giant of literature: “our country today lost one of the best prolific writers, author of a large number of books published in Malta and abroad in several languages.”

“The literary work that Friggieri has left us, and his efforts in favour of the Maltese language, are his best heritage.” 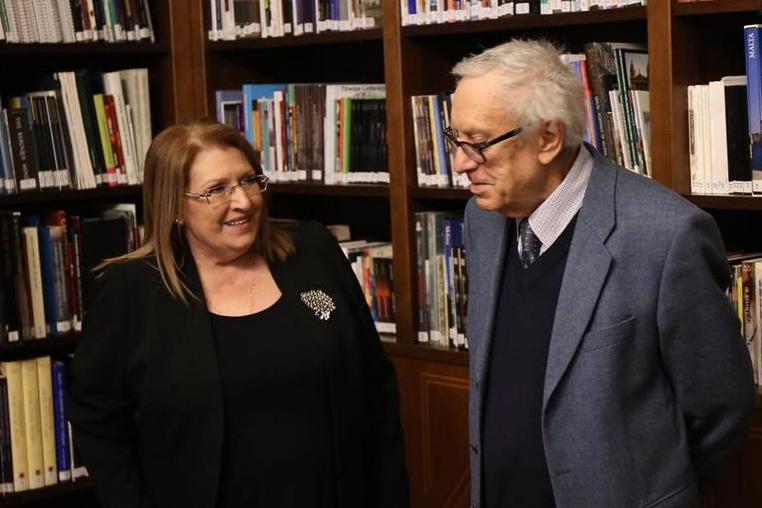 Former prime minister Joseph Muscat referred to Friggieri as a “genuine friend” and “one of the greatest Maltese of all time”.

Among Friggieri’s most famous works, his 1986 novel Fil-Parlament Ma Jikbrux Fjuri had sparked controversy for its depiction of political tribalism.

Other politicians, including Education Minister Owen Bonnici and Health Minister Chris Fearne, who said he felt privileged to be one of Friggieri’s students, also paid tribute to the man.