Peter Grech on Saturday handed in his letter of resignation as attorney general to president George Vella.

Grech declined to comment when asked what had prompted him to quit.

Who is Peter Grech?

Grech was appointed attorney general in 2010, taking over from Silvio Camilleri, who would go on to become Malta’s Chief Justice.

Grech was one of the key decision-makers who approved a controversial pardon for rogue oil trader George Farrugia in 2013. Farrugia was given the pardon to tell-all about a kickbacks scheme linked to fuel procurement at Enemalta.

No one has been convicted in connection with the scheme to date.

Scandals and calls to resign

Grech was retained as attorney general by the Labour government after it shot to power in March 2013.

He faced calls for his resignation in 2016 over the lack of prosecutions in the Panama Papers scandal.

Times of Malta revealed in July how Grech had agreed with the police that seizing Nexia BT’s servers to gain more information about the Panama companies set up by top government officials Keith Schembri and Konrad Mizzi would be “drastic” and “intrusive”.

Grech described that advice as "reasonable and responsible".

He had also advised against sealing off Pilatus Bank in the wake of allegations in 2017 that information could be found within its vaults about former Prime Minister Joseph Muscat’s link to the secret Panama company Egrant.

That same year, Grech would face the wrath of civil society following the assassination of journalist Daphne Caruana Galizia. He again faced calls for his resignation, together with that of former police commissioner Lawrence Cutajar

Caruana Galizia’s family characterised Grech’s memo to the police advising against action against Nexia BT as a “murder memo”.

Despite the flak Grech came in for, Muscat’s governments stood steadfastly by him.

In response to growing criticism about the Attorney General’s, the government said in 2017 that Grech had served the country impeccably for 33 years, and had been appointed to his post by a Nationalist government. 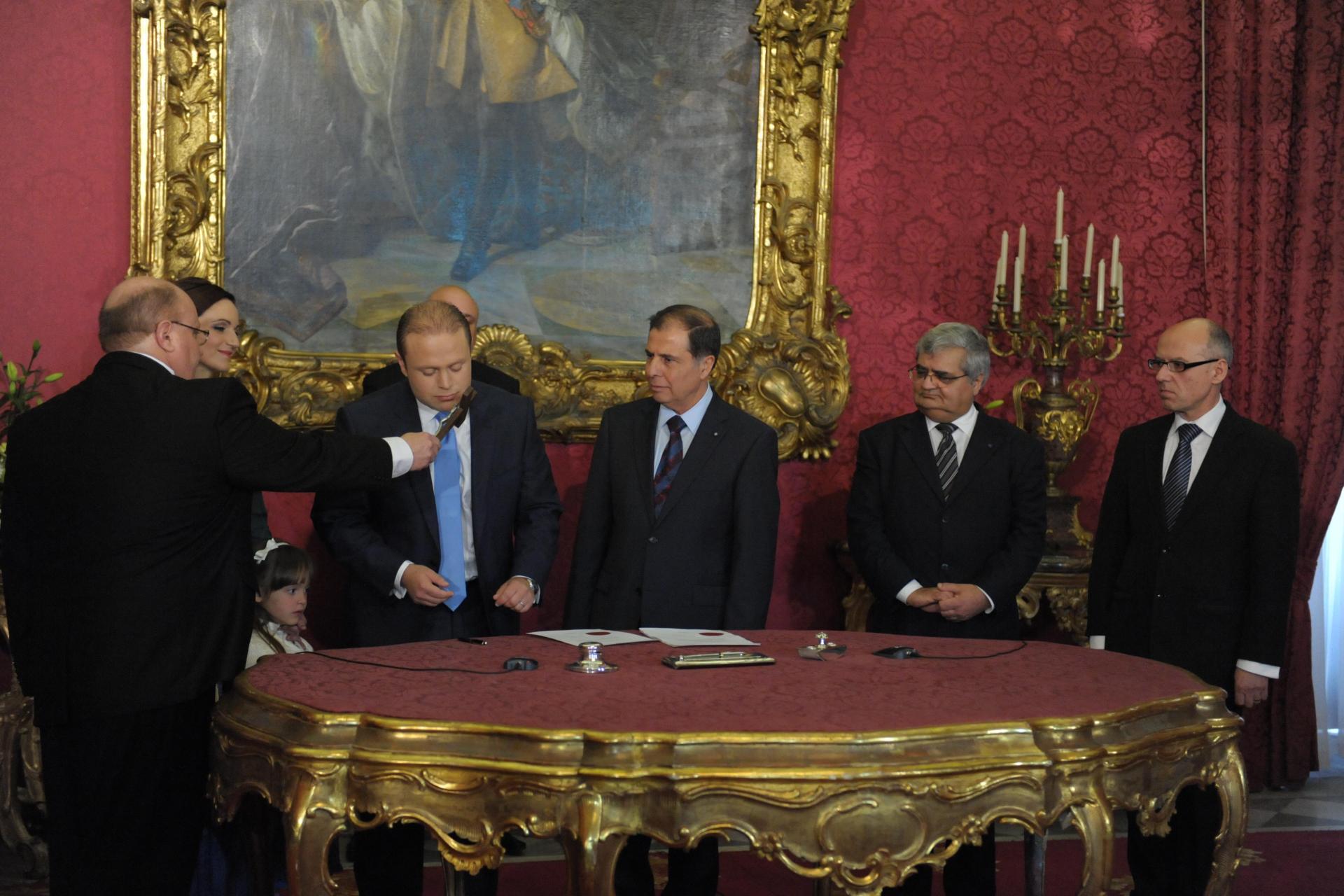 Grech (far left) offers Joseph Muscat the crucifix as the latter takes his oath of office as prime minister in 2013. Photo: Matthew Mirabelli

It slammed the Opposition for trying to “undermine” the Attorney General’s office.

Grech would again find himself in the eye of the storm in 2018, receiving heavy criticism for passing on the 1,400-page Egrant inquiry to Muscat within hours of its conclusion.

The Attorney General went on to lose a legal battle with Opposition leader Adrian Delia, with a court ruling Grech had breached Delia’s rights by not giving him a copy of the inquiry, which was finally published in December 2019.

Another pardon request made by suspected triggerman Vince Muscat has yet to be ruled upon by the attorney general and police.

It was since revealed by Times of Malta that Valletta was a close friend of Yorgen Fenech, who is suspected to have masterminded the assassination.

Grech has consistently defended his actions, arguing he always acted within the parameters of the law.