Plans by the American University of Malta (AUM) to build a large student accommodation block behind its Cospicua campus are likely to hit a brick wall next month after it got a thumbs down from the Planning Directorate.

The application for several additions to the campus will be decided by the Planning Authority board on September 12.

The four-storey student accommodation block, which will also have an underground car park, would be constructed on the existing car park leading up to Senglea Gate.

The directorate is against the plans in their current form and recommended that the AUM file a separate application for the block.

However, it recommended approval of the AUM’s plans to extend its campus to a disused building known as the Knights Building on the old dock front.

The AUM would turn this building into an educational institution by making internal alterations and constructing additional floors and a new wing.

The directorate also recommended granting permission for the construction of an administrative building between the British and Knights buildings.

The Planning Authority’s Design Advisory Committee said it was not averse to the AUM’s proposals except for the student accommodation block which, it said, was “too high” and would leave a negative impact on the skyline.

Negative impact on the skyline

The block would rise several metres higher than the buildings on the dock front.

The committee said its main concern was the volume of the structure and its context, particularly when viewed with Senglea bastions in the background or from the dock.

The proposed overall height of just over 20 metres would “not complement the rest of the proposed university facility”. 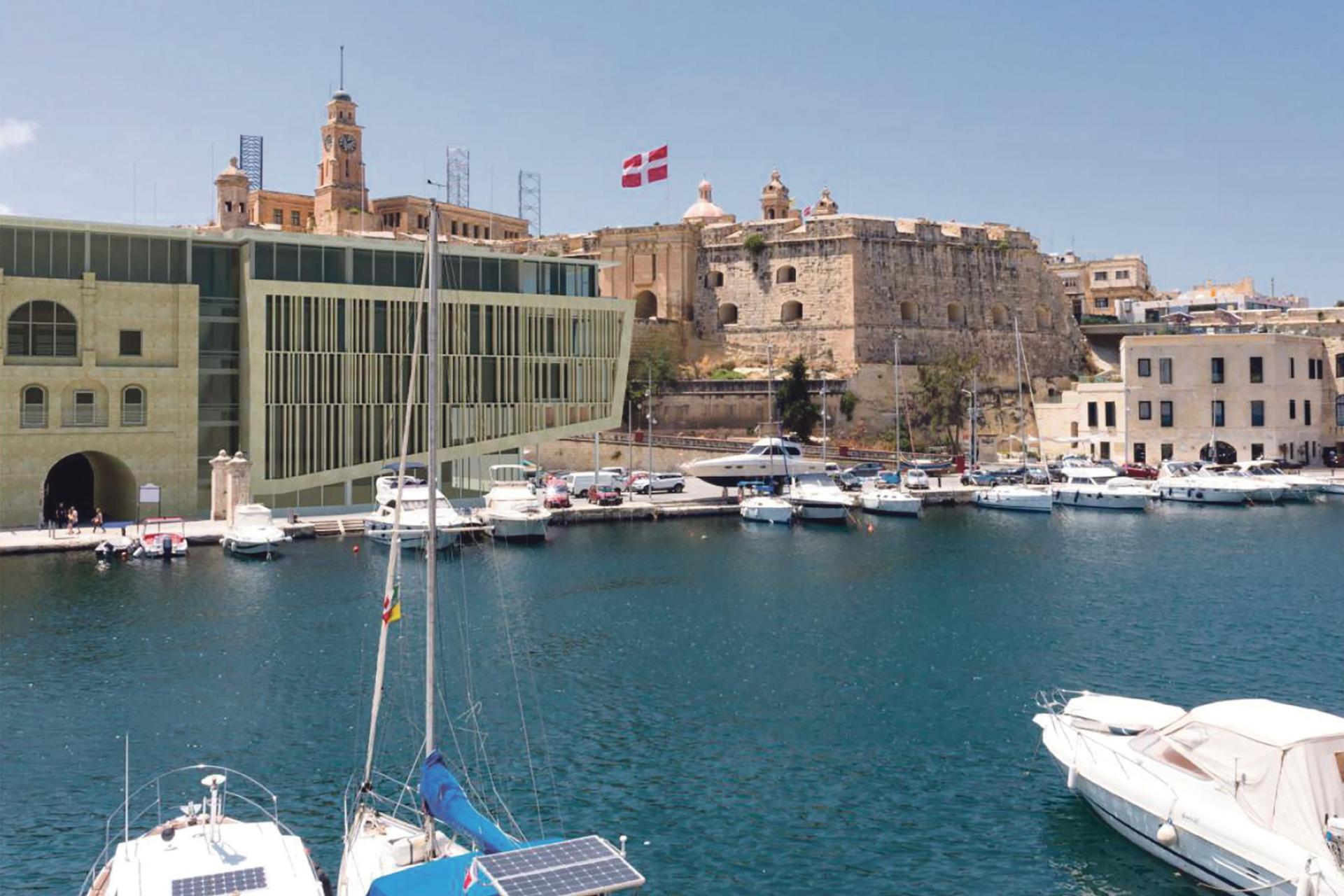 The extension to the Knights Building, as proposed by the AUM, has been recommended for approval.

The Superintendence of Cultural Heritage told the Planning Authority that it needed a detailed restoration method statement for the Knights Building since this was of historic and archaeological importance.

In its own comments to the PA, the Malta Tourism Authority said that if the student accommodation block was going to be used as a hostel, the AUM needed to submit a formal application for an operational licence.

Building on all open spaces around Dock 1 doesn’t make sense. The beautiful St Michael’s Bastion entrance to Isla will be hidden behind this building. For a dozen students, this building adjacent to the existing ones is too big. Existing buildings are more than enough for AUM. pic.twitter.com/BJKEmavCK3

Labour MP Glenn Bedingfield recently called on the American University of Malta  to consider the Fortizza tas-Salvatur in Kalkara or the Palazz tal-Kaptan tal-Galjuni at the Vittoriosa waterfront as dormitories for AUM students instead of building its own massive block.

His proposal was supported by NGO Flimkien Għall Ambjent Aħjar which was critical on the rest of the project, warning that it would lead to the privatisation of the Cottonera waterfront.