Robert Abela has condemned a Labour TV presenter for his "unacceptable" comments identifying a journalist as part of an “establishment working against the government”.

ONE TV host Karl Stagno Navarra’s commentary claimed civil society group Repubblika, the Nationalist Party, the church and the media were all working to bring down the Labour government.

In a segment, he singled out Lovin Malta journalist Tim Diacono, who was reporting on a protest being held by Repubblika against what it claims is police inaction on former minister Konrad Mizzi.

The NGO accused the Labour media of inciting hatred through their coverage of the demonstration. 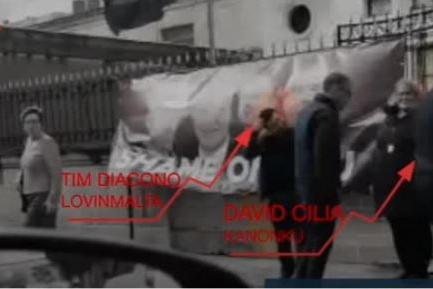 ONE TV used graphics to identify journalist Tim Diacono while the presenter described how the media was part of an anti-establishment force. Photo: ONE News

A spokesperson for the office of the prime minister said he “condemned any comment that may hinder journalists whilst carrying out their job”.

He added that “singling out Mr Diacono while doing his job is unacceptable”.

The incident came months after a public inquiry into the murder of Daphne Caruana Galizia highlighted a culture of impunity that allowed the journalist to be demonised and isolated.

Abela's spokesperson said he had held meetings with representatives of journalists this week to discuss “how journalism in our country can be strengthened further as having strong and effective media scrutinising the government is essential and crucial for a robust democracy".

He said he believes politicians and others in the public eye should be open to scrutiny. "Thus, journalists should always be allowed to carry out their jobs safely and serenely.”

His words were echoed by Energy Minister Miriam Dalli, who was on the programme when Stagno Navarra made the comments.

She said all journalists must “work in full serenity” and said she had not referred to the footage at the time as she wasn’t sure of the identity of the people shown.

In an open letter to Abela, Robert Aquilina, president of Repubblika, asked the prime minister why he did not also condemn the treatment of activists.

"While we appreciate and agree with your condemnation of a journalist  discredited by the Labour Party in the performance of his duties, we would like to clarify whether your silence on ONE TV's actions to discredit and create hostility towards activists and private citizens taking part in a protest, means that you approve and agree with this behavior," Aquilina wrote. 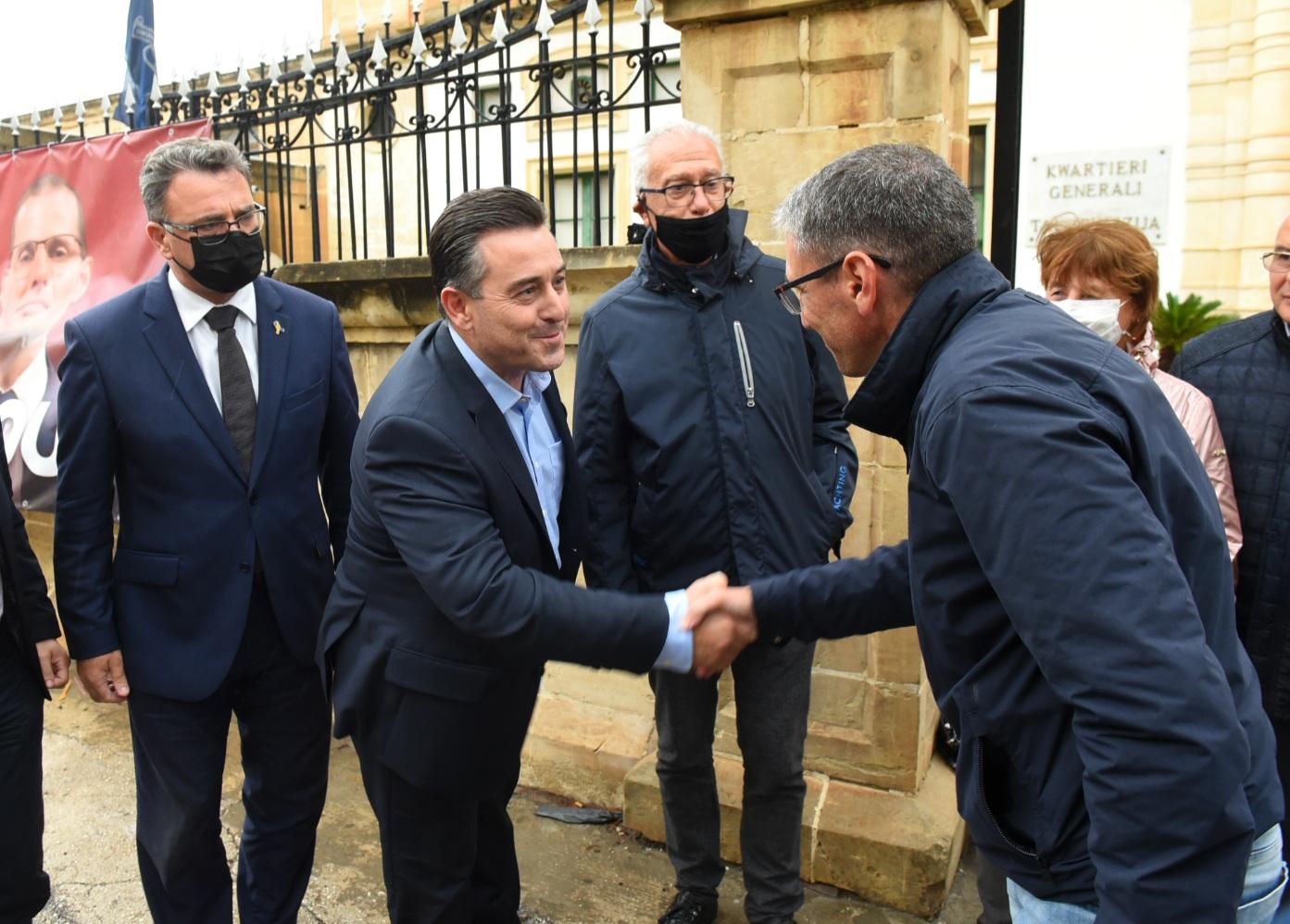 'If we accept this, Daphne would have died for nothing'

Paying a visit to the protest that had sparked the controversy, Opposition leader Bernard Grech said people should not be victimised for having a different politicial view.

"If we accept this, Daphne Caruana Galizia would have died for nothing", Grech said.

The PN leader welcomed Abela's condemnation of Stagno Navarra, but pointed out that he would still be presenting his ONE TV programme today.

He urged Abela to take further action against the TV host to demonstrate that such behaviour was not acceptable.

"The commissioner should send a message that he is not being controlled by others, he should show no one is above the law," Grech said.

The TV host started off Thursday's edition of his programme with an apology to Lovin Malta journalist Tim Diacono.

Stagno Navarra said he could have acted with more caution, making it clear he was not attacking Diacono and Lovin Malta.

He however hit out at the claim he was inciting hate, saying he nor the Labour Party would ever do such a thing.

Stagno Navarra also implied that his comments were "interpreted wrongly."