The prime minister has been urged to rein in One TV which is inciting hatred against people taking part in a lawful protest outside police headquarters, rule of law group Repubblika said.

A number of Repubblika volunteers have been camping outside the headquarters in Floriana in protest over what they claim is police inaction against former energy minister Konrad Mizzi, among others. The activity will end on Friday with a protest in Valletta.

ONE TV's Karl Stagno Navarra's commentary singled out Repubblika, the Nationalist Party with its "Simon Busuttil faction", the church and the media, describing them as "the establishment working against the government led by the Labour Party". He even identified Lovin Malta's Tim Diacono, who was present on site to report on the protest.

Repubblika said Labour TV has been reporting the protest in a hostile and cruel manner, with commentary full of lies and deception. The protesters have been painted as being part of the establishment working to take over power.

It said the station was also seeking out people showing their support for the protest, insulting them and trying to intimidate them, using the same methods that tyrants employ to oppress those who oppose them. 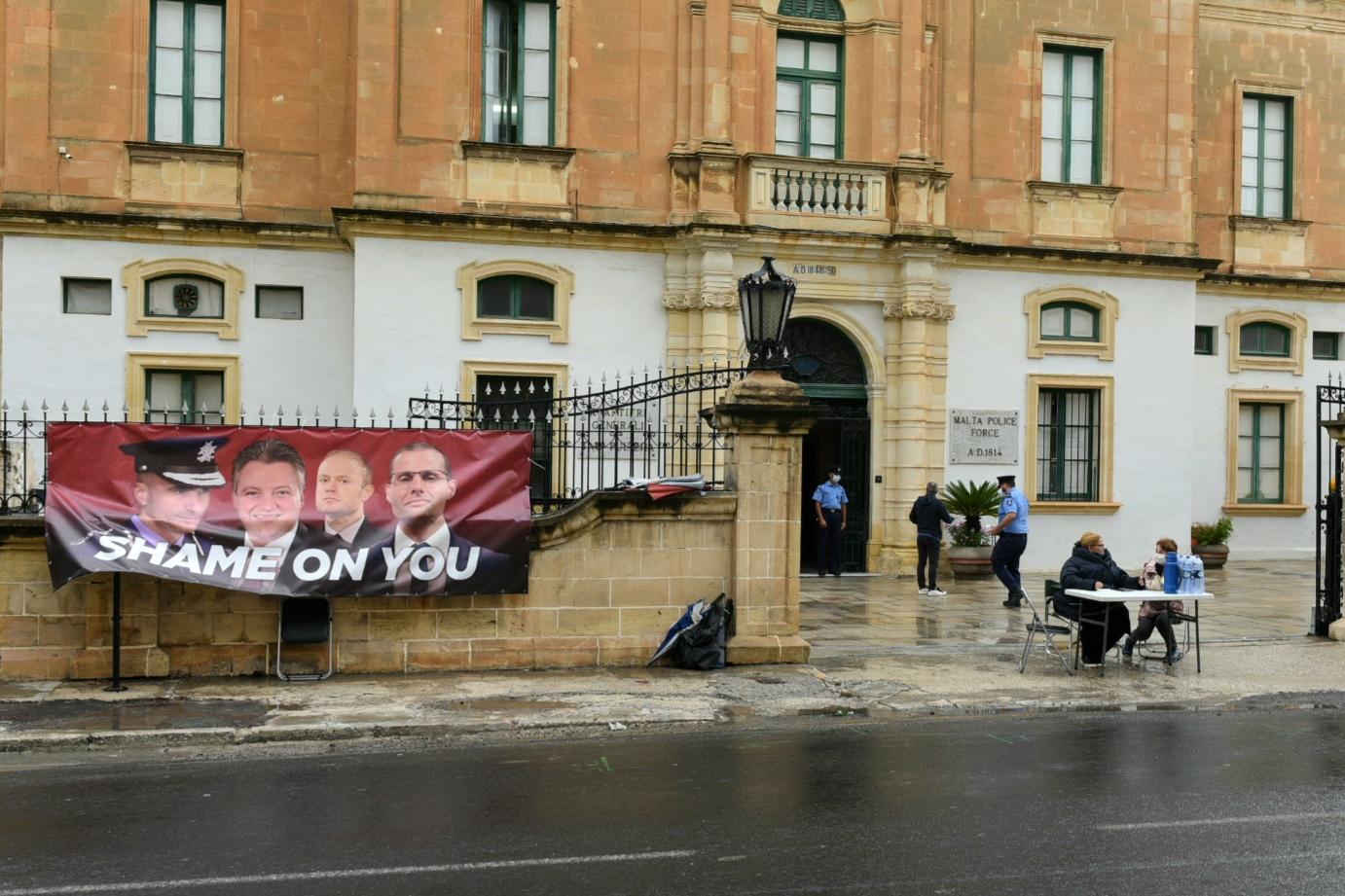 The activists have been stationed outside the police headquarters since Tuesday. Photo: Chris Sant Fournier

Repubblika said that as prime minister and Labour leader, Robert Abela has the duty and the power to stop One TV inciting hatred and appearing to excuse those ready to resort to violence.

Failure of the prime minister to act would lead one to conclude that One TV was acting on his instructions. It would also undermine all the talk about reforms to strengthen the rule of law and democracy. What was being seen instead was hatred, anger and intimidation.

In another statement, Occupy Justice said they expected Abela to apologise to protesters on behalf of his TV station and for minister Miriam Dalli (who was a guest on Stagno Navarra's programme) to condemn the message aired on television in her presence.

"Both must act immediately to ensure the safety of our protests and protect our activists at all times."