President George Vella has visited the site where Daphne Caruana Galizia was killed by a car bomb - the first by a head of state since her 2017 murder.

Vella was accompanied by members of the Caruana Galizia family during the visit to Bidnija on Monday morning.

It comes after a public inquiry found that the state should shoulder responsibility for the assassination.

Journalists were not invited for the visit, but in a statement, the Office of the President said Vella laid flowers as a sign of condolence and to show condemnation of the murder.

It said the visit was in line with a recommendation in the inquiry report that the state reconcile with the family as part of a national healing after the trauma the country as a whole had suffered. 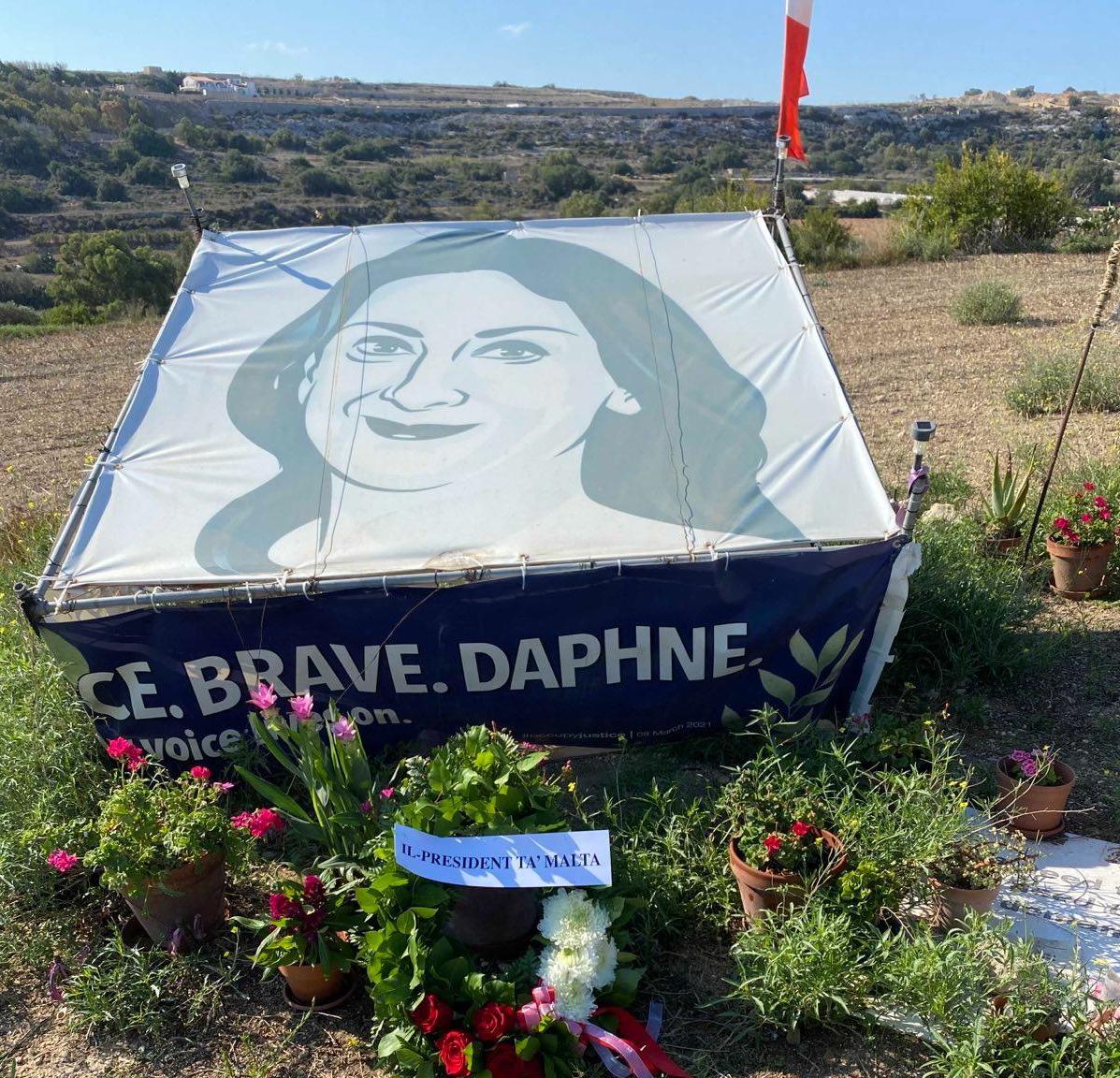 President Vella also met members of the family some weeks ago.

The Caruana Galizia Foundation, which represents the family, welcomed the visit.

"In view of the published findings of the public inquiry into the circumstances of Daphne’s assassination, we welcome the President’s gesture as the Maltese state’s recognition of Daphne’s memory and sacrifice and its acknowledgement that it must bear responsibility for her assassination and for its failure to prevent real and immediate risks to her life," the foundation said.

"We share the President’s hope that the implementation of the public inquiry’s recommendations will begin to heal the national trauma of Daphne’s murder, and we hope that this will lead to the restoration of the rule of law in Malta, effective protection for journalists, and an end to impunity."

The windswept field where Caruana Galizia's car ended up is marked by a flag, an image of the journalist and a banner calling for justice. 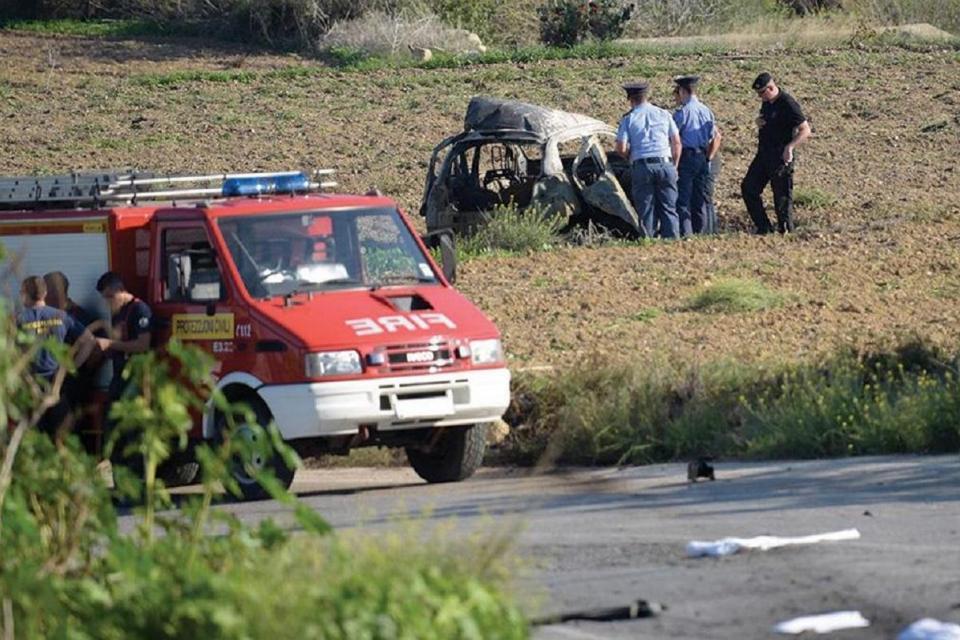 The scene after the explosion. Photo: Mark Zammit Cordina