An inquiry into the assassination of journalist Daphne Caruana Galizia has said the state should shoulder responsbility for her death.

In a 437-page report (see pdf link below), the inquiry concluded that a culture of impunity was created from the highest echelons of power within Castille.

It singled out former prime minister Joseph Muscat for enabling this culture of impunity and found his entire cabinet collectively responsible for their inaction in the lead up to the assassination.

"It created an atmosphere of impunity, generated from the highest echelons of the administration inside Castille, the tentacles of which then spread to other institutions, such as the police and regulatory authorities, leading to a collapse in the rule of law".

While the inquiry did not find proof of government involvement in the assassination, it created a “favourable climate” for anyone seeking to eliminate her to do so with the minimum of consequences.

According to the conclusions, the state failed to recognise the real and immediate risks to Caruana Galizia’s life. It also failed to take reasonable steps to avoid these risks.

The board said all the evidence heard throughout the inquiry led to a conviction that Caruana Galizia's assassination was either intrinsically or directly linked to her investigative work. 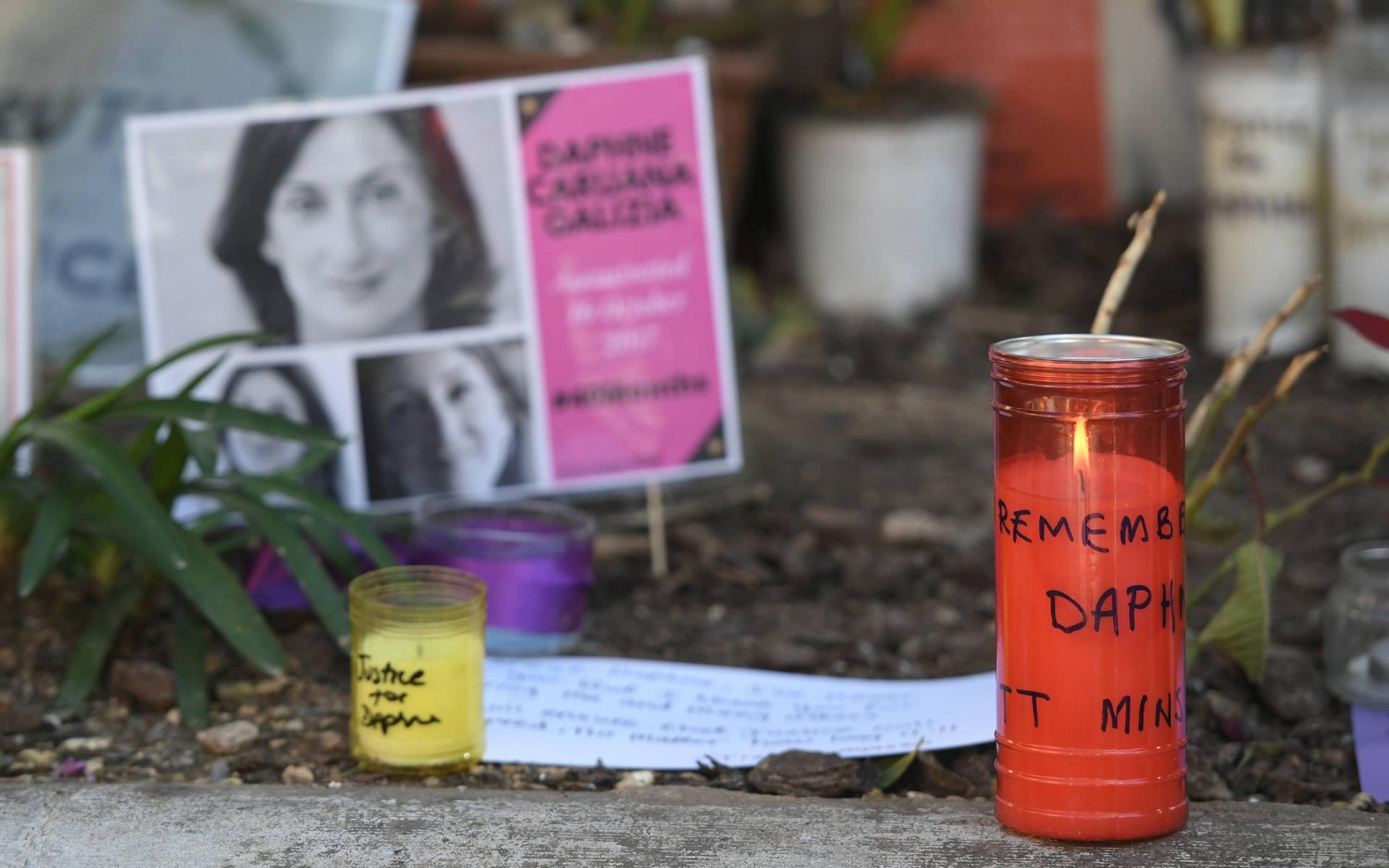 This led to a situation where a need was felt to push back at the negative impact the journalist’s writing had on the government, so as not to endanger plans put in place by those close seeking to leverage their connections with top officials.

This direct confrontation between Caruana Galizia and the government reached its peak with the publication of the Panama Papers in 2016 and the circumstances surrounding the setting up of 17 Black.

It was obvious, the board said, that the journalist had extremely sensitive information that could have ruined the plans of big business as well as the stability of the government.

The board described it as a “confrontation that carried on escalating until the moment she was assassinated”.

The board noted that this confrontation was so strong that soon after the 2013 election, the government started regarding Caruana Galizia as “the only opposition in the country”, as described by former prime minister Joseph Muscat. 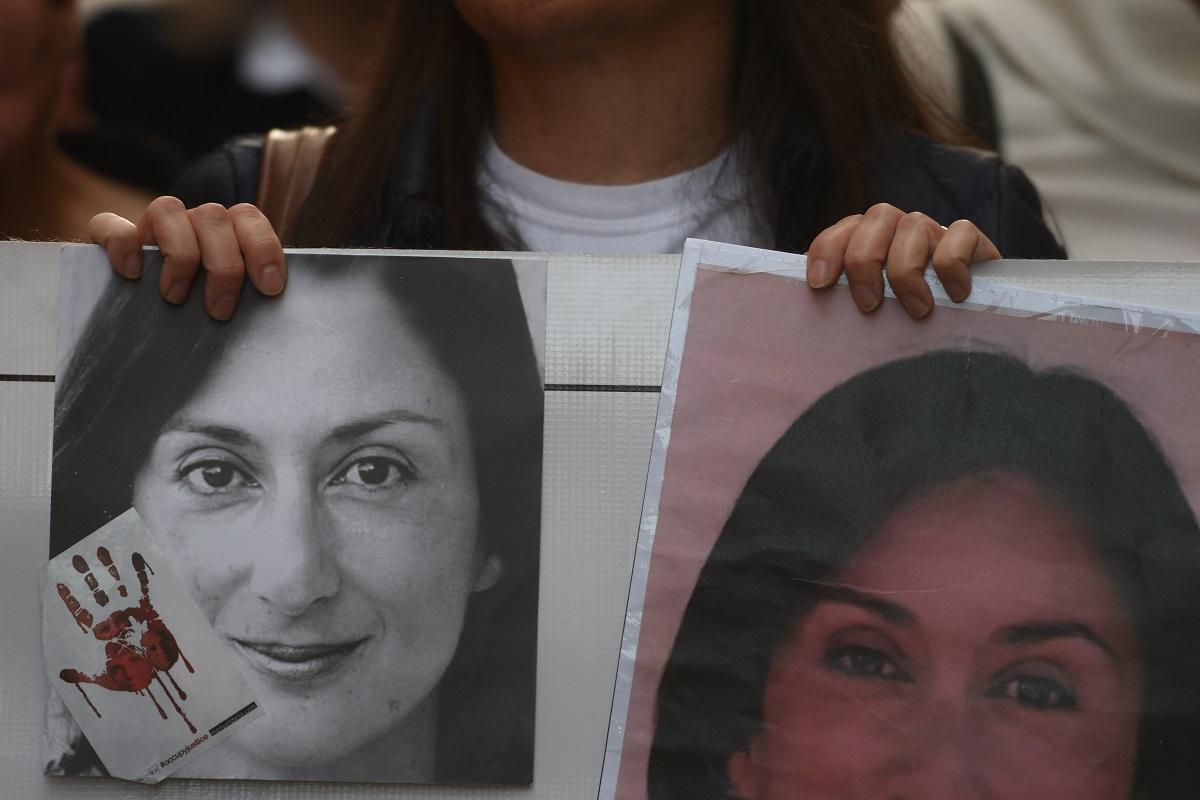 The direct confrontation between the government and Caruana Galizia was further exacerbated by the fact that her writings were substantially accurate and served as an open source of information, even for the police.

Politicians reacted to this confrontation through a sustained campaign of personal attacks, hate, incidents of verbal abuse, as well as turning the screw on the journalist’s finances.

“It can never be acceptable for entities of the state to involve themselves or promote such happenings. The state has an obligation to defend in every possible way the lives of journalists, the fundamental right to free speech, even when a journalist expresses tough opinions against the government of the day.

The “obvious” need to protect Caruana Galizia, particularly after the publication of the Panama Papers, was apparently not obvious to the police commissioner, the security services and other authorities, the board concluded.

It slammed the “lethargic inactivity” of the institutions over their failure to investigate serious allegations of criminal wrongdoing, including by those in government, as being “inexplicable and condemnable.

“The explanation for this cannot be simple incompetence or indifference.”

The inquiry said it could not help but conclude there was an orchestrated plan to neutralise the investigative journalism carried out by Caruana Galizia.

This plan could only succeed because it was centrally organised by the prime minister’s office, and it led to Caruana Galizia’s “total isolation”, at a time when she was also in the crosshairs of then opposition leader Adrian Delia.

This isolation, coupled with the culture of impunity and the “inactivity” of institutions, created a climate of risk for the journalist.

“A climate in which, those who wished to and managed to eliminate her found the perfect occasion to do. Whoever planned and carried out the assassination did so in the knowledge they would be protected by those who had an interest in silencing the journalist.”

The fact that those implicated in wrongdoing referred to the prime minister and his chief of staff as “No-1”, “The old man”, “the king” is in itself a demonstration of how these people felt protected thanks to the culture of impunity, the board said.

The inquiry said steps must be taken to rein in and regulate the links between politicians and big business.

A “business-friendly approach”, such as that adopted by the Labour government in 2013, can be positive, so long as it is not abused, the board said.

It highlighted how public administration is obliged to safeguard the rule of law and should never allow a lust for money and profits by businessmen or public officials to supersede good governance.

The inquiry found “abundant proof” of the cosy relationship between certain government officials and big business, particularly those interested in promoting large-scale projects.

This proximity was a determining factor behind the majority of these projects ending up under the scrutiny of the auditor-general and magisterial inquiries.

These investigations had found significant irregularities, to the point where there was a possibility that the process leading to their award rendered the contracts null, the board said, in a likely reference to the VGH hospitals contract.

Big business seized the opportunity to forge ahead with their projects with minimal administrative oversight, and through the “manipulation” of top officials.

The inquiry specifically mentioned the chief of staff role, occupied at the time by prime minister Joseph Muscat’s right-hand man Keith Schembri, as being “crucial” in understanding how these intimate links between big business and government were created.

Zooming in on Caruana Galizia’s writing, the board said the assassinated journalist was critical of these administrative failures and the intimacy between big business and government.

The board said these links had created two centres of power, a political one and an economic one. “It was inevitable that as soon as a journalist mounted a full-frontal and credible attack on these two centres of power, it led to a direct confrontation with those in power who were involved.

The board said evidence conclusively showed how certain people in power as well as in business had a common interest in neutralising the impact of the assassinated journalist’s writing.

This does not mean, as this stage, that proof exists of government involvement in the assassination, the board said.

However, the fact remains that the demonisation of Caruana Galizia and the campaign against her, within the culture of impunity created, led to a “favourable climate” for anyone seeking to eliminate her to do so with the minimum of consequences.

“The fact remains that in the board’s opinion, Daphne Caruana Galizia’s writing about the intimacy between big business and politics led to her assassination”, the inquiry said.

The board said it took this as the departure point for the public inquiry, and at no point was it contested by any of the witnesses heard.