“We have been patiently warning the Police Commissioner to do his job, but he has pushed the limit too far now,” Repubblika president Robert Aquilina told journalists on Tuesday.

Behind him, a banner showing Police Commissioner Angelo Gafa, Prime Minister Robert Abela, Konrad Mizzi and former prime minister Joseph Muscat with the words “shame on you” splashed across, was hung on the police headquarters' front gate.

“I will personally remain here together with some others, day and night, rain or shine, until Friday.”

The protest will culminate into a protest outside Auberge de Castille on Friday evening.

“We will stop our action and call off Friday’s protest the moment you arrest and charge Konrad Mizzi,” Aquilina said, addressing the police commissioner.

“But if you don’t, we will remain here.”

The cheering crowd chanted “shame on you,” while others shouted: “corrupt”, “mafia” and “spineless”.

“Konrad Mizzi is nothing but a humiliation to the Maltese people and our institutions,” Aquilina said, referring to the former minister's refusal to appear before parliament's public accounts committee to answer for the Electrogas power station deal four times so far.

“He is able to behave like this because the Police Commissioner is not doing his job and the Prime Minister is doing his utmost to protect the Labour government’s recent past and his friend Joseph Muscat.”

Aquilina warned Abela that if continues acting the same way Muscat did in 2019, civil society was willing to keep up the pressure as it had done back then.

Muscat had announced he was stepping down as prime minister in December of 2019, days after several thousand protestors gathered in Valletta calling for his immediate resignation to ensure justice in connection with the Daphne Caruana Galizia murder case. 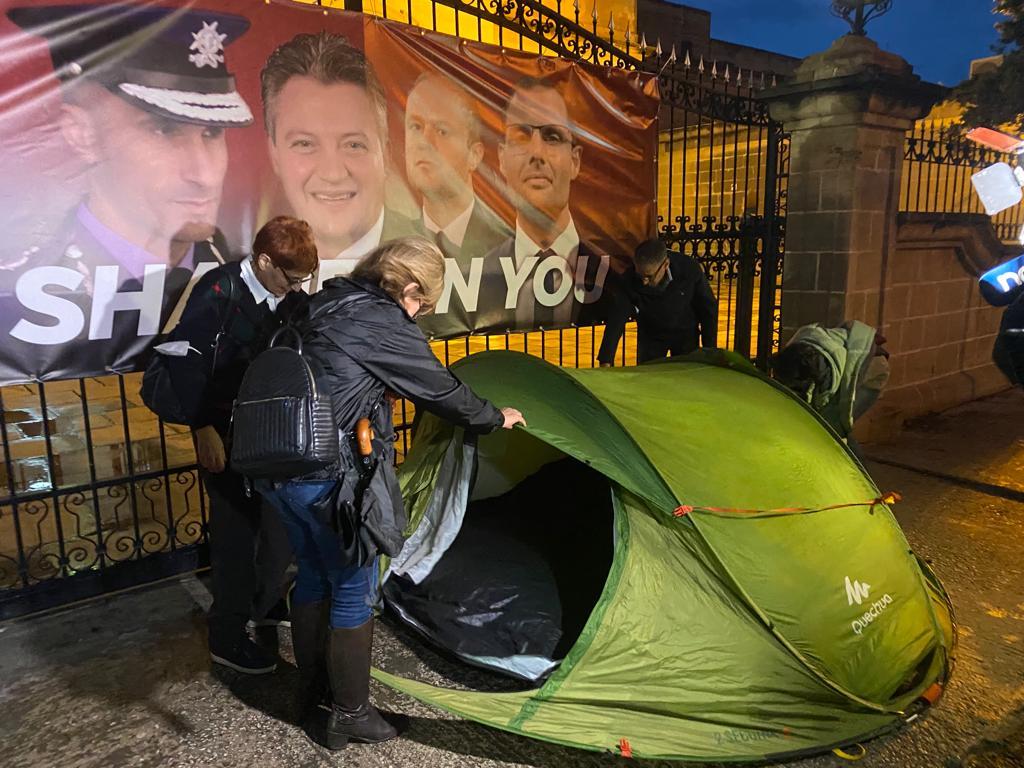 In a statement on Wednesday, NGO Occupy Justice said it supported the action by Repubblika and was making the same demands.

"#occupyjustice is, once again, appalled at the attitude of Robert Abela’s government, and reiterates that immediate action against Konrad Mizzi needs to be taken.

"We demand a clear stand against anyone who has had links, whether close or far, to the murder of Daphne Caruana Galizia, or who is suspected of any form of involvement in dirty politics. Such individuals should be excluded from parliament and from any participation in political landscape, immediately," the NGO said.

It also urged those "sick of the corrupt defending the corrupt" to attend Friday's protest.