A townhouse in Gozo costs 27.5 per cent more than it did last year, according to a new market report showing that overall, property sale and rental prices have remained stable over the past two years.

Average prices for all kinds of property in Gozo - from apartments to terraced houses - increased in the third quarter of this year, when compared to the same period in 2020. This was offset by a drop in prices in the Northern Harbour, Djar's latest study, carried out in collaboration with Ernst & Young, shows.

Despite a drop in average property prices in the Northern Harbour region, average residential rents are noticeably higher there, particularly for apartments and townhouses. Apartments there range from €850 monthly for one-bedroom to €1,400 for three.

Maisonettes are being advertised at similar rates, with penthouses being put on the market at a price premium. 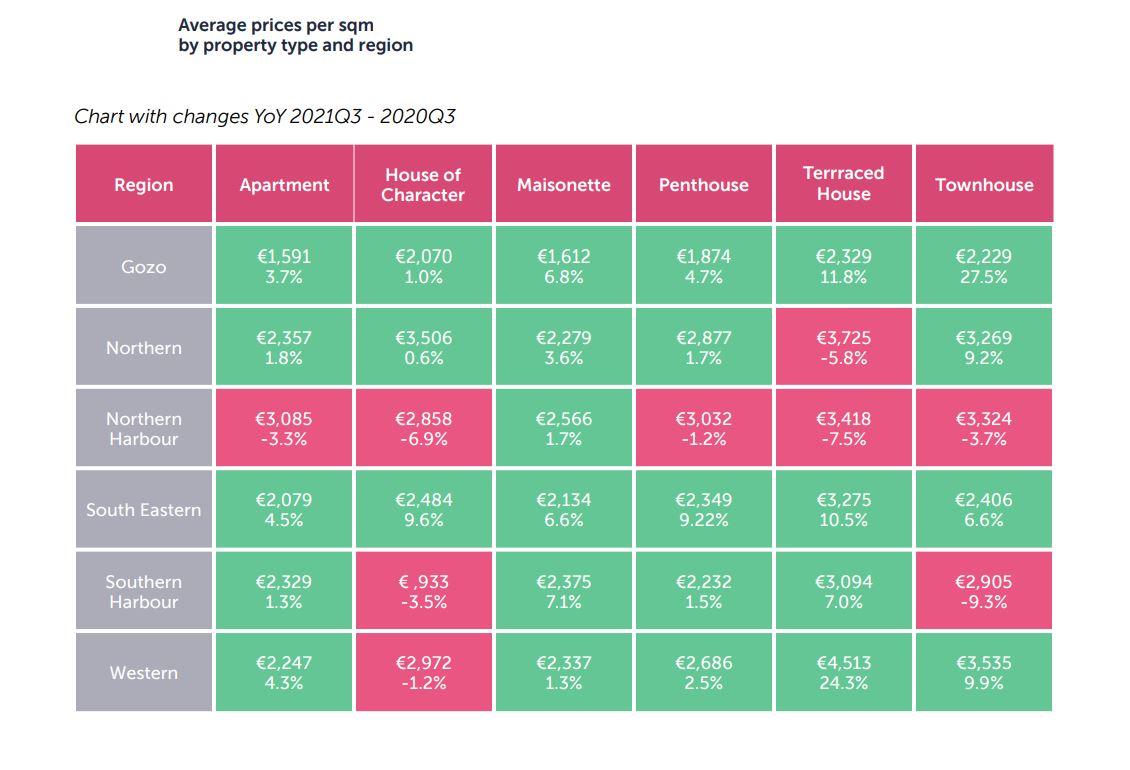 The Djar study also draws a comparison between the sales and rental market for residential and commercial property.

In terms of sales, it shows that during the third quarter of this year, “the volume of residential property listings seems to have stabilised at increased levels, following an observed rise in these over the second half 2020”.

Commercial sales are lowest in Gozo, while the higher-end rates tend to be within the Northern Harbour and Northern regions.

Storage, catering and showroom facilities still fetch a lower price than that registered to pre-pandemic times.

Yields for shops – the second largest number of properties for rent – are the highest, with rates averaging 7.5 to nine per cent across most regions.