McCardle holds the official record for the longest continuous, unassisted, current-neutral swim along a single-segment natural route in an ocean, sea or bay.

That record is now under threat if Agius’s distance of 125.6km, completed in just over 52 hours, is certified as a new world beater.

“I really wish him the very best,” she told Times of Malta from her home in Sydney.

However, she is not quite ready to relinquish her title just yet.

“Of course, until it is certified I do remain the record holder,” she added.

Agius’s swim needs to be officially certified as record-breaking by the Marathon Swimmer’s Federation that had certified McCardle’s 2014 challenge.

More news on that front is expected in a press conference on Friday.

The federation, which sets the rules for competitive marathon swimming, will review Agius’s documented swim and make sure it meets all the standards and guidelines to be declared record-breaking.

Some basic rules apply. For example, the use of equipment like wetsuits and fins is forbidden.

The federation will also review the documentation, such as GPS tracking data and eyewitness accounts, to verify the accurate distance and time of the challenge.

Known for her repeated crossings of the English Channel, McCardle, a swimming coach and motivational speaker, said the ultra-endurance sport had given her the determination to overcome all sorts of challenges faced in life.

“From a very young age, I wanted to be the very best in the world at something and I made that choice at 19 that it was going to be swimming,” McCardle said.

“I’ve loved it since I was very young and I wanted to push the boundaries of the sport.”

On October 22, 2014, she completed an unprecedented swim from South Eleuthera Island to Nassau, in the Bahamas, a distance of 124.4 kilometres, in 41 hours and 21 minutes.

She has also made 37 solo crossings of the English Channel, including eight in one season and three within one week. In 2010, 2012 and 2017, she swam three double crossings of the channel and, in 2015, became the fourth person to do a non-stop triple crossing.

“Every swim has its challenges, of course. In warm swims it’s the sun and constantly feeling like you’re burning, while getting stung by jellyfish,” she said.

“The cold water is totally different and hypothermia really is a deadly issue that you have to face.

“Then there’s just endurance in general. During my record swim I didn’t know if I was even capable of swimming that far, didn’t know if I would pull something, whether it was safe, whether I would be eaten by sharks… a lot of worry does come with the territory.”

But swimmers, she said, can generally set their sights on a distance, achieve it and set the bar higher next time.

“My first marathon was 10km and, at the time, I thought it was a great achievement.”

“Every time you achieve something it gives you the confidence to reach the next goal and a marathon swim is overcoming an amalgamation of all of these challenges. Every time you go through it you become more resilient, it gives me an edge.

“When I reach those spots of physical and mental exhaustion I know I’ve been in those places before and I know that I’ve survived and I can do it again.”

McCardle is currently lending her voice to the fight against domestic violence in Australia.

“Having survived it myself, I know how difficult it can be, feeling like you cannot leave or feeling invisible. I think it’s important that I add my voice to those appealing to the leaders of this country for change.” 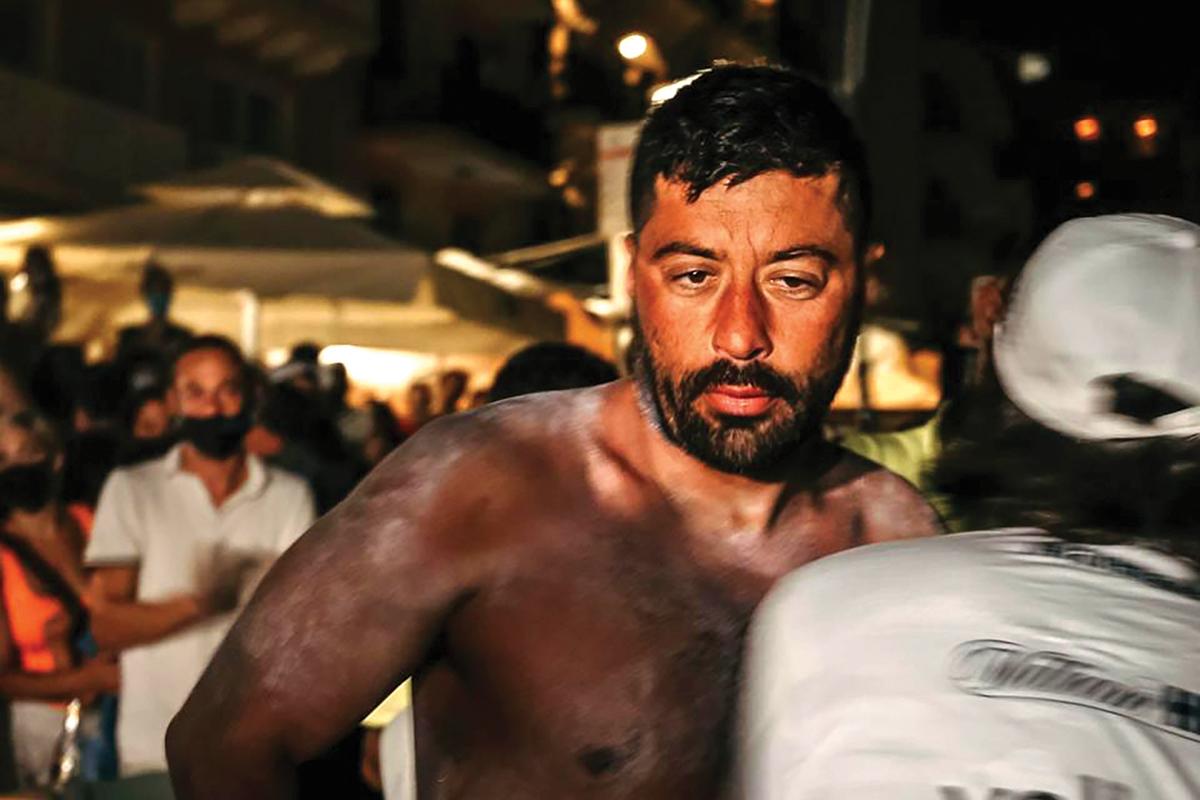 Speaking in Gozo after a 10-hour rest, Agius thanked supporters on Thursday and said he was feeling okay, with some muscle pain and the painful effect of salt on his throat, nose and mouth.

The swim, he said, had been tough “but we came out on top”.

His team also uploaded highlights of their adventure to Facebook.