About 100 rental cars have taken over a public car park near the Addolorata Cemetery in Marsa, forcing Transport Malta to slap some of them with fines and order their removal.

The cars have occupied the car park, located under the flyovers at the Marsa junction, over the past week.

Most of the vehicles are owned by rental company Sicily by Car while others have no markings to determine ownership.

Sources said the takeover of the public car park had caused a headache for the organisers of an event meant to have taken place there over the weekend, forcing them to relocate to Ta’ Qali instead.

A spokesman for Transport Malta confirmed when contacted that the cars were parked there illegally and that the authority was taking action.

However, when contacted, a spokesman for rental company Sicily by Car said the cars were parked legally as they were leased to another car-leasing company.

“Those cars are subleased to another company. Transport Malta did not know this but we are speaking to them. We placed the lease agreements on the cars’ dashboard, so they know which cars are leased and which are not since there are other rental cars in the same parking area,” the spokesman said.

“They are legally parked,” he insisted, explaining that it was only cars not covered by a lease agreement that were prohibited from being parked on public roads.

Times of Malta confirmed during a visit on Monday that fines had been placed on some of the cars by Transport Malta officials. 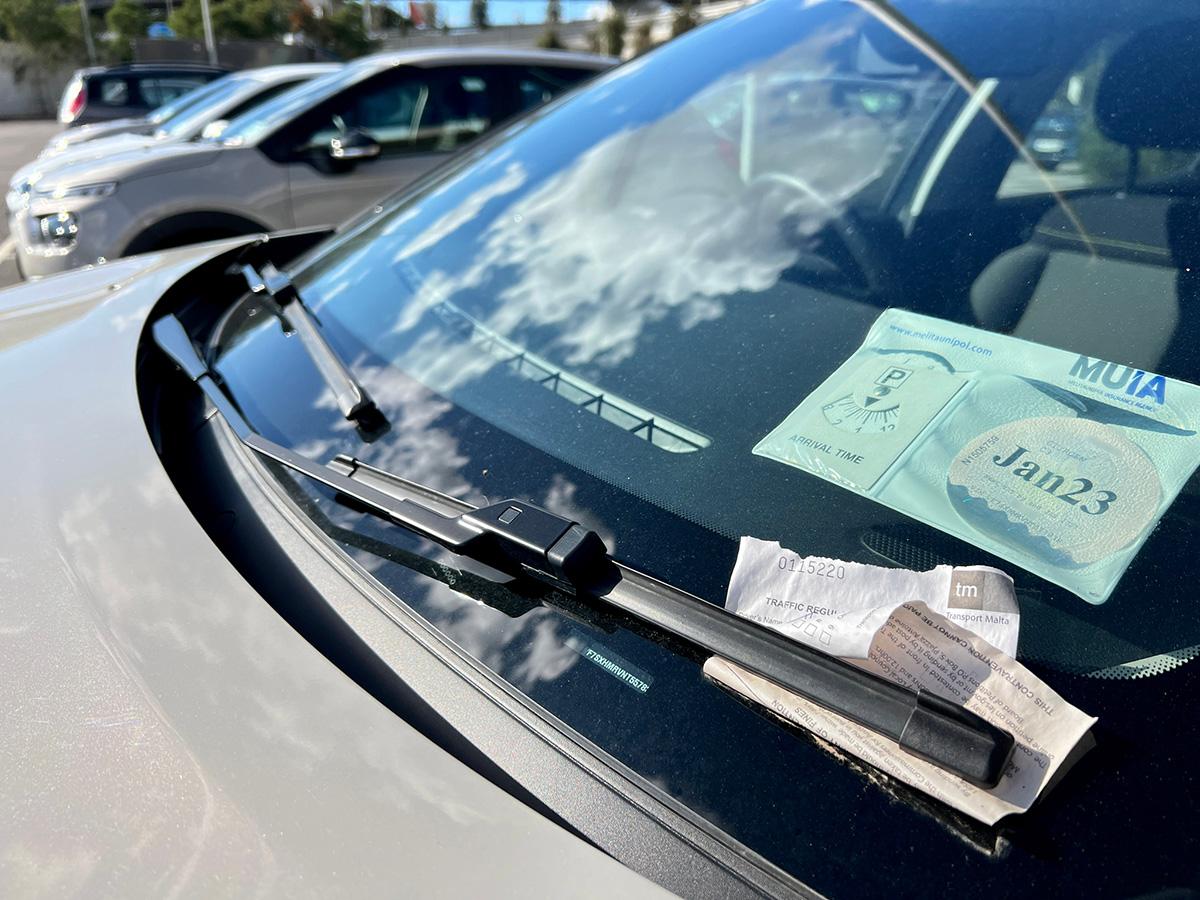 Some of the vehicles had fines on their windshields on Monday. Photo: Chris Sant Fournier

Founded in 1963, Sicily by Car has a network of more than 60 offices across Italy and a car fleet of more than 20,000 vehicles.

In Malta, it has taken the market by storm, offering aggressively competitive prices.

It was last year forced to distance itself from Christian Borg, the Maltese franchise holder, after he was allegedly involved in a kidnapping.

Borg, 28, of Swieqi, is among a group of six who stand accused of kidnapping a man in January last year and threatening to torture him and rape his sister.

Borg and two of his associates are also the subjects of a money laundering investigation which is looking into how drugs may have been purchased from the dark web using cryptocurrency.

Borg owns Princess Holdings Ltd, which has run the local franchise for Sicily by Car auto-rental service since 2020.

Following his arraignment, he resigned as director of his companies, which are now being run by other people.

Borg used to be a client of Robert Abela when the prime minister used to practise law. The two were also involved in a property deal together.