Updated at 4.03pm with ERA statement.

All roadworks have been ordered to halt after the weekend as the island has run out of space to dump debris, Infrastructure Malta has told its contractors.

In a notice sent to contractors on Friday, Infrastructure Malta chief executive Fredrick Azzopardi informed all contractors engaged with the agency that they will have to stop all works as of Monday morning.

According to the notice, seen by Times of Malta, the decision was taken “due to lack of availability in dumping sites for the disposal of construction and demolition waste”.

The suspension order will remain in force until the Environment and Resources Authority makes the necessary provisions for the disposal of waste from demolition and excavation, Azzopardi's notice states.

ERA said it was also processing other applications for new dumping sites.

ERA said it had taken stock of the quarries in Malta and Gozo in November 2019 where it emerged that there are a number of disused quarries that may be restored.

The authority said that in the coming days it will be introducing regulatory measures to bring in line the quarrying sector, which for the past years has been largely unregulated.

Sources with knowledge of the sector, however, suggested there was another reason Infrastructure Malta was halting works.

"There is still space available in dumping sites," one source said. "The real issue is that the price of dumping construction waste has risen substantially since many tenders were awarded".

Prices to dump construction waste have almost doubled over the past year, rising from around €8 to €15 per tonne.

Last year the developers association had called for an area at sea to be reclaimed by construction waste as there was a lack of land facilities for its disposal.

The environment minister at the time, José Herrera, had said last September that he wanted to force quarries to accept construction waste at a fixed price. 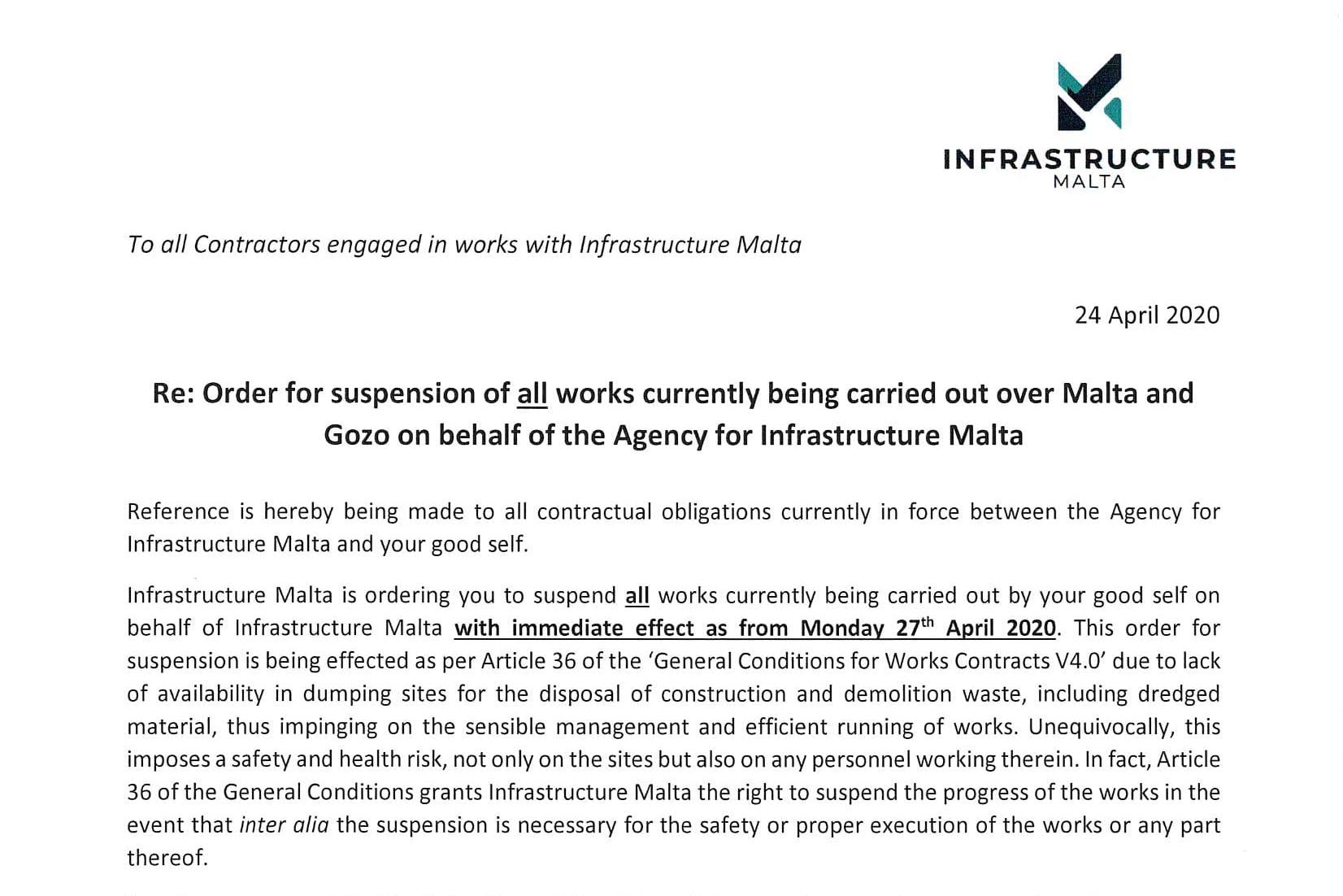 An extract of the letter sent to all contractors.

Sources at the roads agency told Times of Malta that the decision to stop all works had been taken after the agency received a number of reports of illegal dumping in recent weeks.

“There is almost nowhere to dump this waste legally anymore. Some private contractors have their own quarries. Some others are taking to illegally dumping in fields and covering the debris up,” a source said.

The move comes just one day after Prime Minister Robert Abela repeated his view that construction would be an important way to kickstart the economy after COVID-19.

Unlike other sectors, the construction industry has been able to continue unimpeded throughout the coronavirus pandemic. However, there have been complaints from people working from home about the levels of construction dust and noise.

The construction industry is a major generator of construction and demolition waste, which constitutes the largest fraction of solid waste generated in Malta.

Small quantities of C&D waste generated by small home refurbishment projects can be taken to Wasteserv's civic amenity sites. However, some of these have restricted dumping in recent weeks.

Construction waste in large quantities or from large-scale projects cannot be disposed of at these sites but must be taken to permitted quarries through the engagement of a permitted waste carrier.

ERA reminded developers that it was their job to seek proper waste management facilities before works commenced.

"Regulatory authorities such as ERA cannot fulfil the obligations of operative entities, whether public or private, in their course of contractual obligations with third parties," the regulator said. 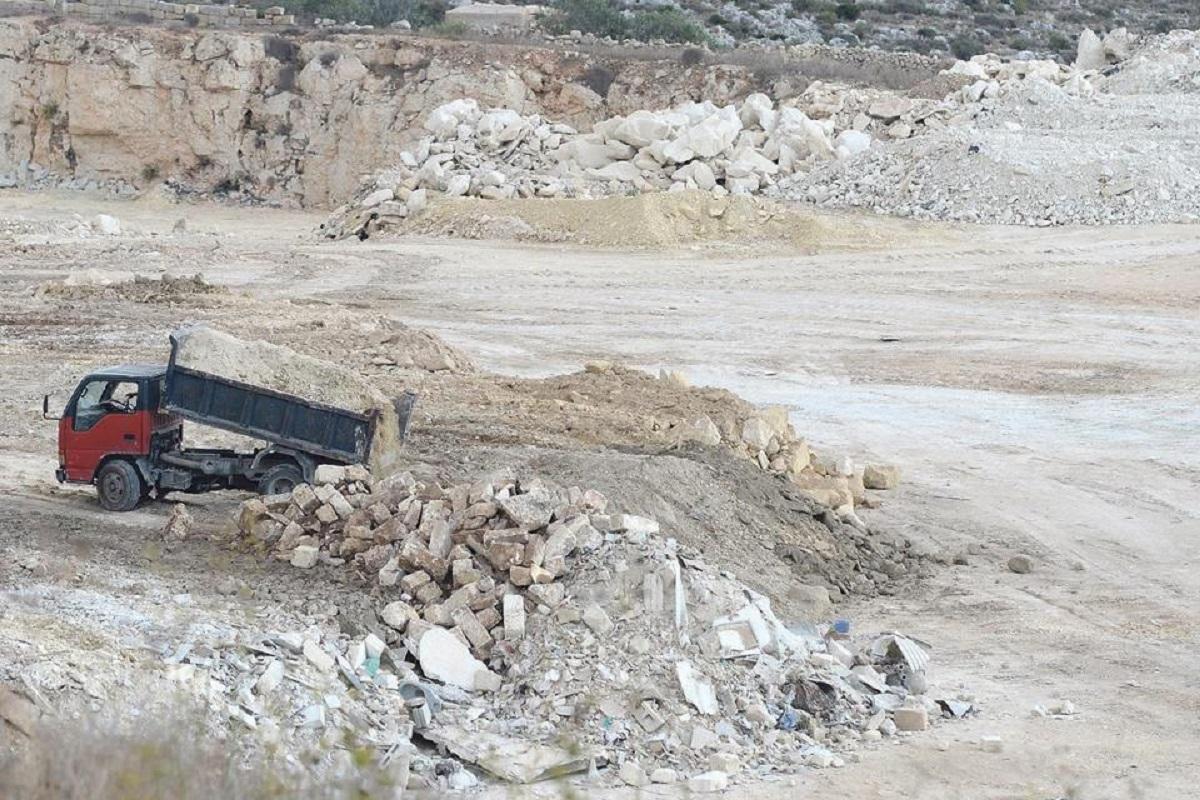